Peripheral Neuropathy: Not a Feature of Childhood Thalassemia

Background: Chronic anemia in thalassemia patients may cause multiple complications such as bone deformities, growth retardation, and peripheral neuropathy. Aim: To examine the presence of possible electrophysiological changes in children diagnosed with thalassemia and to investigate the clinical factors affecting the electrophysiological findings in those children. Subjects and Methods: A hospital based prospective study. This prospective study included 154 children, who were diagnosed as having thalassemia and 100 control cases. Demographic features and laboratory data were recorded. All cases were examined electrophysiologically using standard procedures. Results: Totally 154 patients and 100 control cases were included in the study. Neurological examination did not indicate any abnormalities in any of the participants. Any evidence of large-fiber neuropathy was not present in any of the participants. Conclusions: In this study, we did not find any cases with neuropathy. With these results we can conclude that, thalassemia at early stages is not a risk factor for polyneuropathy in thalassemia patients under follow-up.

Beta thalassemia is the disease caused by genetic abnormalities in beta-globin chains synthesis resulting in an excess of alpha chains that precipitate in and destroy red cell precursors. Imbalanced globin synthesis results in the chronic hemolytic anemia and ineffective erythropoiesis in patients with thalassemia that causes chronic hypoxia. Reactive oxygen species are produced and oxidative damage is believed to be one of the main contributors to cell injury, tissue damage, and hypercoagulability in patients with thalassemia.[1]

Chronic anemia in thalassemia patients may cause multiple complications such as increased erythropoietin production, bone deformities, hepatosplenomegaly, growth retardation, and pubertal delay.[2] The role of chronic anemia and consequent chronic hypoxia in the development of neuropathy has been demonstrated before.[3] On the same way, Kabakus et al. also showed significantly lower median/motor and sensory nerve conduction velocity and tibial/motor nerve distal-amplitude values of children with iron deficiency anemia compared with the control group and they also determined that with iron supplementation these values increased to the normal levels.[4]

Peripheral neuropathy or myopathic syndromes have been reported in a few patients with thalassemia between 11 and 19 years of age.[5,6] On the other hand, Desferrioxamine (DFO), an iron chelator, used for transfusion dependent thalassemia patients has been associated with sensorineural and sensorimotor neurotoxicity.[7,8] However, the data in literature regarding the peripheral neuropathy and beta thalassemia is limited. Moreover, there is a gap in literature about the factors that have a role in electrophysiological alterations in beta thalassemia patients.

This prospective study included 154 children between the ages of 1 and 17 years, who were diagnosed as having thalassemia at Gaziantep Children’s Hospital Pediatric Hematology Outpatient Clinic between September 2012 and December 2014 and 100 control cases who were not having any degree of anemia. The study participants were selected by randomly. Patients with comorbidities associated with polyneuropathy (diabetes, vitamin deficiencies, such as B12 or foliate, history of prolonged metronidazole exposure, history of thyroid disease) were excluded. The study was approved by the ethics committee of our institution and informed consent of all patients were obtained from their parents.

Gender, age, weight, and laboratory data including hemoglobin levels, platelet count, ferritin levels, liver and kidney function tests, and uric acid levels were recorded after an overnight fasting. Hemoglobin levels were calculated as mean of pre- and post-transfusion among patients with thalassemia major.

All cases were examined electrophysiologically using standard procedures and the results were evaluated according to the American Academy of Neurology Protocol for the diagnosis of Distal Symmetrical Polyneuropathy and Practice Parameter.[9,10] A Nihon Kohden device (Nihon Kohden Corporation, Tokyo, Japan) was used. Motor nerve conduction studies (NCS), including F-waves, were performed for the median, ulnar, peroneal, and tibial nerves, and sensory NCS were performed for the median, ulnar, and sural nerves with H reflex of the soleus muscle unilaterally. Normative values established in our laboratory were used. Moreover, among thalassemia patients, intra-group analyses with respect to age, and hemoglobin levels were also performed to determine the effects of these parameters on NCS.

Statistical analyses were performed using SPSS v17.0 for Windows (SPSS, Inc., Chicago, IL). Continuous variables are expressed as means ± standard deviation (SD), whereas categorical variables are presented as absolute values and percentages. Differences between continuous variables were analyzed by unpaired Student’s t-test, and differences between categorical variables were analyzed using the chi square test. The sample size was calculated using MedCalc program (https://www.stat.ubc.ca/~rollin/stats/ssize/b2.html) to obtain a study power of at least 80 %. A p-value of <0.05 was considered statistically significant.

The demographic and clinical characteristics of the participants included in the study are summarized in Table 1. Alanine transferase and Aspartate transferase levels as well as the platelet count were statistically significantly higher than the control cases in thalassemia group. All our thalassemia major patients were receiving regular blood transfusions and the mean hemoglobin level of thalassemia patients was 10.59 g/ dL. However there was still a significant difference between thalassemia and control cases regarding hemoglobin levels.

Neurological examination did not indicate any abnormalities in any of the participants. The sensory and motor nerve conduction results are shown in Tables 2 and 3 and all were within normal limits in all patients examined. There was no evidence of large-fiber neuropathy present in any of the examined patients. Moreover, there was no statistically significant difference between the motor and sensory nerve conduction results of patients and control cases.

In this study we have compared the sensory and motor nerve conduction results of thalassemia and control cases and we did not determine any difference. In general, chronic hypoxia, iron overload, and desferrioxamine neurotoxicity are attributed to play a role in nervous system complications of thallasemia.[11] Although hemoglobin levels were significantly lower and many of the thalassemia patients were under desferrioxamine treatment due to iron overload, any significant difference between electrophysiological results was not determined. However, it should also be kept in mind that, the mean hemoglobin levels of the thalassemia patients was also in normal ranges in our study, since all patients were under follow-up. We also subdivided patients regarding the hemoglobin levels (>9 or ≤ 9 mg/dl) and age (>5 or ≤5 years of age); but we did not define any statistically significant difference regarding motor or sensory conduction results.

In literature there are only a few studies about the presence of polyneuropathy in thalassemia patients. Stambolus et al.[12] studied on 36 patients with a mean age of 29.2 years to investigate the prevalence of peripheral neuropathy in patients with beta-thalassemia and determined that sensory axonal polyneuropathy was present in 19 out of 36 patients (52.7%). Moreover, in the study of Stambolus et al. the neuropathy correlated significantly with the age of the patients and the hematocrit levels. They concluded that chronic hypoxia of the nerves resulting from severe anemia may contribute to the pathogenesis of this neuropathy. In our study, we did not determine any form of polyneuropathy. However, in our study the mean age of the participants was very low compared with the study of Stambolus et al.[12] and this may be the reason of difference between results. On the other hand, when we subdivided patients regarding the age (>5 or ≤5 years of age); we still did not define any statistically significant difference regarding motor or sensory conduction results.

Sawaya et al.[13] examined 30 patients with thalassemia and determined that 78% of thalassemia patients suffered from a mild sensory polyneuropathy. Interestingly they defined that the neuropathy seemed to be worse in the intermedia type. Thalassemia patients who received blood transfusions and desferrioxamine had better nerve function than those who did not, irrespective of the dose of desferrioxamine. The neuropathy was worse for older patients, irrespective of sex in that study which was different from our results. Papanastasiou et al.[14] studied on 53 thalassemia patients with a mean age of 17 years and reported that 20% of the patients showed clinical and electrophysiological findings of a mild peripheral sensorimotor neuropathy. They also defined that this neuropathy was appearing during the second and third decades of life. However, there were only 41 cases in second decade in our study. Nevertheless, none of those cases in second decade of their life had any characteristics of neuropathy.

Iron overload has also been defined as a cause of cellular damage and neurotoxicity by the way of free radicals. [15] Pu et al.[16] reported that increased concentrations of ferric iron results in the neuronal loss due to oxidative stress in vitro. In our study, ferritin levels were very high among cases with thalassemia but did not play a role in neuropathy.

To the best of our knowledge, this was one of the largest studies in literature determining the prevalence of neuropathy among children with thalassemia and we did not detect any cases with neuropathy in this study. One of the main limitations of this study was the mean age of the patients. In fact, if older patients were included in a higher amount, results could be compared among different age groups. On the other hand, the non-determination of serum vitamin B12 among the cases and controls is another limitation of this study.

The association of thalassemia with neuropathy has been reported before but in older age groups. In this thalassemia group with a mean age of 8 years; we did not determine any cases with neuropathy. With these results we can conclude that, thalassemia at early stages is not a risk factor for polyneuropathy. On the other hand, it should also be kept in mind that, the mean hemoglobin levels of the thalassemia patients was also in normal ranges in our study, meaning that keeping hemoglobin levels in normal ranges may also be protective from the polyneuropathy. On the other hand, we also subdivided patients regarding the hemoglobin levels and age but we did not determine any significant alterations in sensorial or motor nerve conduction studies meaning that lower hemoglobin levels or longer duration of the diseases were also not the risk factors for polyneuropathy in thalassemia patients who are under follow-up. However larger studies with the electrophysiological studies performed at different age groups with longer follow-ups are warranted. 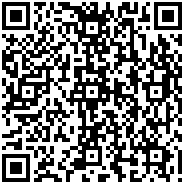