Objective: To determine the prevalence of depression among women having genitourinary istula presenting at tertiary care hospital Hyderabad.

Setting: Department of Obstetrics and Gynecology, Liaquat University Hospital, Hyderabad Sindh Pakistan from May 2017 to January 2018.

Material and methods: 85 women having genitourinary istula were selected. Details of patient was recorded on predesigned proforma, information was gathered. The PHQ-9 patient depression questionnaire was administered at the time of admission to the hospital.

Results: The average age was 35.68 ± 7.48 years. The prevalence of depression among women having genitourinary istula was 40% (34/85) cases. Rate of depression was signi icantly high in women with grand multiparty, obstetric labor and in women who had history of pervious pelvic surgery.

Conclusion: Prevalence of depression and severity were observed to be high among patients having genitourinary istula presenting at tertiary care hospital Hyderabad. There is a need for better obstetric facilities, emotional support and reintegrating patients back into society after their physical health has been restored, as well as taking steps to educate the public about the problem by holding awareness programmers and encouraging people to seek medical help early in the disease's course, will aid in the restoration of these patients' general health.

Genitourinary fistula is an unusual association between urinary and genital tract, which leads to continues leaking of urine in the vagina [1]. It is the most distressing complication that occurs in women. The incidence of genitourinary fistula after gynecological surgery, particularly hysterectomy, has increased, but in Pakistan obstructed labor is still considered as the major cause of vesicovaginal fistula as 80% to 90% of cases reported occur because of this obstetric complication [2]. According to worldwide reliable data, there are an estimated 2 million cases, with 50,000-100,000 new cases each year [3]. Females are also negatively affected by the clinical and psychological consequences of this health issue.

Females are frequently shunned by their husbands, families, and communities. Depression, low self-esteem, and other psychological problems may result from these attitudes [4]. According to a Nigerian study, approximately 33% of females having fistula suffered from depression. As per another study on relationship issues, 18 percent of females who were diagnosed with fistula were divorced by their husbands after being diagnosed. Furthermore, 39 percent of the fistula patients reported relying on relatives for food, and 22% of fistula patients reported surviving by begging or donating [5]. With its catastrophic impact on a woman's personal hygiene, self-esteem, interpersonal interactions, and environment, vesicovaginal fistula impairs all three aspects of her health [6]. Previous studies have diagnosed psychological issues, especially depression in patients having genitourinary fistula, but their post repair improvement in depression has not been evaluated systematically. So, this study may evaluate the level of depressive illness of affected women after successful repair of genitourinary fistula in Hyderabad Sindh.

This cross-sectional study with non-probability consecutive sampling fashion was conducted in welfare ward of obstetrics and gynecology department at Liaquat University Hospital Hyderabad from May 2017 to January 2018. Approval of ethical committee was also taken before start of the study. Women of 25-50 years of age having genitourinary fistula due to any cause with duration of fistula of >4 weeks were included in the study after taking informed consent. Women with rectovaginal fistula, (when patient complains of stool coming from vagina and then assessed by naked eye on examination and women having depression other than fistula which confirmed by previous history of depression before fistula were excluded. Sample size calculation was done based on proportion of (around 33% of depression) with considering 5 margin of error and desired confidence level of 95%, the sample size was stand to be 85 [9]. After taking details medical history and clinical examination, the PHQ-9 patient’s depression questionnaire was administered at the time of admission to the hospital. The PHQ-9 depression questionnaire scale presents a number of questions with a four option like rating scale for the participants to score. The score in each domain was obtained by mean of transformed scores converted to a 0-27 scale [10,11]. These scores was compared with the mean score zero indicate no depression, 1-4 indicated minimal depression, 5-9 indicated moderate mild depression, 10-14 indicate moderate depression,15-19 indicate moderately severe depression and 20-27 indicate severe depression. All the data was collected via study preform and analysis of data was done by using SPSS version 20. Figure 1: Severity of depression among women having genitourinary fistula (n=34).

In poor nations, genito-urinary fistula is one of the most common health concerns among females of reproductive age [7]. It is, without a doubt, the most upsetting and degrading situation a woman can face. These sad ladies frequently suffer from emotional and physical discomfort, making them social outcasts [8]. African and Asian poor communities have the highest prevalence, accounting for 0.5–1.7 percent of gynecological hospitalizations in teaching hospitals [10]. Approximately 2 million Asian, African, and the Arab world females are plagued by obstetric fistulae, according to the World Health Organization (WHO), with estimated 50,000 to 100,000 new cases per year [11,12]. This uncontrolled urine leaking causes a foul odour at social gatherings, resulting in social shame and subsequent social neglect. the eventual effect of this illness is typically distressing, with these women being shunned by their communities, abandoned by their family, divorced, and childless. According to a study of 899 fistula patients, 71 percent of them had divorced or separated from their husbands [13], and several of them were pregnant. [14,15] To determine the frequency and severity of Depressive among women having genitourinary fistula Eighty-five women of 25-50 years of age having genitourinary fistula with duration of fistula of >4 weeks were recruited. Where these women have to bear the pain of a fetal loss as in obstetric labor, they are often left with an unpleasant complication and the subsequent rejection from their family and community, which lead to despair, self-worth loss, and a sense of shame, as well as isolation. VVF is a stigma owing to the destructive effect and is a painful punch heading for the sufferer's psychological well-being, Fasakin G remarked. A stigmatised person cannot live a happy and successful life; this explains the condition of a woman with VVF [16]. Delays in treating these patients due to a lack of knowledge stoke the fires of these psychological issues, which clinicians frequently overlook throughout treatment. In our study frequency of depression among women having genitourinary fistula was observed in 40% (34/85) cases. Regarding severity of depression our results show that 14 (16.47%) had mild depression, 9 (10.59%) moderate depression, 4 (4.71%) moderately severe and 7 (8.24%) had severe depression. Observations of the study have important implications for maternal health clinical practice and research. Because the patient's social functioning and mental health tend to improve after the fistula is repaired surgically [17]. In their study reported 97.3% of the females having obstetric fistulae have depression (100 percent for those with both recto-vaginal fistulae and vesico-vaginal fistulae), which is consistent to previous Ethiopian reports (100 percent) and a report that screened fistula patients from Ethiopia and Bangladesh (97 percent) [18,19]. However, this is greater than a Kenyan study that found 72.9 percent of fistula patients had depression symptoms using the Patient Health Questionnaire [20]. Depression is 3-5 times as common in women who have VVF than in women who do not [21]. The physical and social repercussions of obstetric fistula are upsetting, and they can have a significant impact on mental health, especially since depression has been linked to conditions that frequently accompany disability [22]. Similar to other studies, moderately severe and severe depression in our study was significantly high in ≤ 30 years of age patients [23]. In contrast, a study of breast or gynecologic malignant cases [24] found that women under 50 were more likely to suffer from depression. Unmarried females were shown to be more depressive than married females. This is likely owing to the fact that being married means having someone to care for you and, more significantly, avoiding the social shame of being single or divorced [25]. The findings of this study can't be applied to other women with similar difficulties because it only looked at patients who came to a teaching referral hospital's gynecologic outpatient clinic. It's unclear if women with depressed symptoms are more troubled and presented to the health facility, or if the opposite is true, that females with symptoms of depression are less likely to receive treatment. Hence, following an obstructed labor, patients must be referred for surgery as soon as possible. Future studies should focus more specifically on the linear influence of leaking intensity on psychological discomfort [26]. Fistula clinicians should aim to address psychosocial issues in their patients with specific mental health therapies, such as a psychological intervention developed for use in Tanzanian fistula repair programs.

The prevalence of depression and its severity were observed to be high among patients having genitourinary fistula presenting at Tertiary Care Hospital Hyderabad. There is a need for better obstetric facilities, emotional support and reintegrating patients back into society after their physical health has been restored, as well as taking steps to educate the public about the problem by holding awareness programmers and encouraging people to seek medical help early in the disease's course, will aid in the restoration of these patients' general health. Further large-scale studies are recommended on this subject. 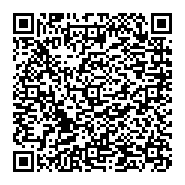