Background: Vitamin D deficiency is an unrecognized epidemic and a common health problem worldwide. Studies carried in Saudi Arabia showed a high prevalence in pediatrics, but there was no published data in Northern Border area. Aim: The aim of this study was to determine the prevalence of vitamin D deficiency among female students in our university, Kingdom of Saudi Arabia (KSA). Methods: This study was a cross-sectional survey. The study was conducted at our university in KSA from January 2015 to September 2015. We selected a sample of 247 students to participate after taking their consent. We used A Questionnaire to determine the demographic characteristics, awareness of vitamin D sources, exposure to sunlight and dietary habits. We calculated the body mass index, collected blood samples of 5 ml, stored them at minus 20-degree centigrade and analyzed them. We measured Serum concentration of 25-hydroxycholecalciferol 25(OH)D using enzyme-linked immuno-sorbent assay (ELISA). Serum calcium, phosphorous and parathyroid hormone were also measured. We analyzed the data using Statistical Package for Social Sciences software produced by The International Business Machines (IBM-SPSS) Version 22. The P value of < 0.05 was considered statistically significant. Results: The mean age of the study group was 22.2996 (2.68) years. The mean 25-hydroxycholecalciferol level was 7.59 (SD 1.9) ng/ml. All the participants (100%) were found to have vitamin D deficiency defined as 25(OH)D ≤ 20 ng/ml. Severe vitamin D deficiency was found in 220 (89.1%). Most of the participants were aware of the sources of vitamin D 88.7% and most of them take food containing calcium and phosphorus but only 23 participants (9.3%) were exposed to sunlight adequately. Conclusion: Vitamin D deficiency was highly prevalent among the study group.

Vitamin D is primarily made in the skin after exposure to ultraviolet radiation and about 10% is derived from dietary sources [1]. Vitamin D is a pro-hormone that is essential for normal absorption of calcium from the gut, and deficiency of vitamin D is associated with rickets in growing children and osteomalacia in adults [2]. Vitamin D deficiency is associated with an increase in conditions such as obesity, insulin resistance, hypertension, diabetes, and an increased risk of death from these pathologies. There is also a significant correlation with mortality for major cardiovascular events such as heart failure, myocardial infarction, sudden cardiac death, stroke, atrial fibrillation, and peripheral vascular disease [3,4]. Many individual, environmental and social factors interfere with the ability to have sufficient sun exposure to produce vitamin D endogenously [5-7].

There is a widespread prevalence of low levels of vitamin D in the Middle East and Saudi Arabia [8-10]. but no published data in northern border region when we conducted this study.

The aim of this study was to estimate the Prevalence of vitamin D deficiency among female students in our university in Kingdom of Saudi Arabia (KSA).

This is a cross-sectional survey which we conducted in female students of our university in the period from January to September 2015. The Arar city in which the research was conducted is located to the north-east of Saudi Arabia with a variable climate. The temperature ranges between zero or below in winter to forties degree centigrade in summer. Its elevation is 1,759 feet above the sea level. It is located at the latitude of 30.98 north and longitude of 41.02 east.

The entire study group was female university students. After explaining the aim of the study, 247 female students volunteered to participate in the study and we took informed written consent.

We excluded students with a history of renal or hepatic diseases,malabsorption, pregnancy, lactation, family history of rickets, taking anti-convulsant or vitamin D supplementations.

We collected the data using a questionnaire, which reviewed the age, residence, dietary habits including (milk, dairy products, and seafood consumption) and sun exposure (part of the body exposed, duration of exposure, and frequency of exposure per week). We conducted an examination of weight and height and body mass index (BMI) was calculated.

We have taken blood samples of 5 ml from the cubital vein of volunteers and put in plain containers, centrifuged then stored in minus 20-degree centigrade for laboratory investigations.

We considered serum parathyroid hormone level of 15-65pg/ml and serum calcium level of 8.1-10.4 mg/dl as normal. We get rid of all the medical wastes, according to the Saudi protocol for disposal of medical waste.

Two hundred forty-seven female students of the university were included in the study.

Table 1: The means and standard deviations for age, *BMI and laboratory variables.

The association between vitamin D deficiency and age, BMI, awareness of vitamin D sources, sunlight exposure, PTH as well as calcium level was shown in Table 3.

Many studies that have evaluated the status of vitamin D in different ethnic populations considered concentrations ≤ 20 ng/ mL as deficiency according to the American endocrine society clinical guidelines [11].

All the participants were females. In Arar, all females wear the black veil with complete coverage of the body preventing sun light, but males have more chance of sun exposure because of their clothing and more chance of being outdoors. The mean age of the study sample was 22.3 (2.68). This is almost the same age group that was studied by Al-Elq who were medical students, but the difference is that he had studied both male and female students [12].

This study represents a preliminary evaluation of vitamin D status in the northern border region of Saudi Arabia since there is no published data about the prevalence of vitamin D deficiency in healthy adults in this region. The prevalence of vitamin D deficiency was 100% among the study group. This was similar to Al-Elq result, but it was much higher than Al- Saleh and Daly results (47.0% and 39% in women respectively) [12-14]. this is because Al-Saleh studied school students aged 15(2) years who were more exposed to sunlight and Daly’s study was conducted in Australia where the habit of sun exposure is more common.

In this study, the mean serum 25(OH)D level was 7.59(1.90)ng/ ml. This mean value is comparable to the finding of Al-Elq and Elsammak from Saudi Arabia 6.41 (3.1) ng/mL and 9.9 (4.5) ng/mL respectively) but lower than the finding of Ardawi and his group who found higher mean serum 25(OH)D (17 ng/ml) in the western region of Saudi Arabia [8,12,15]. The difference could be due to the age of study group (pre-menopausal women) or the study period since the study was conducted over a whole year with seasonal variation in vitamin D level due to variation in the degree of the Ultraviolet beam (UVB). Also, our findings in serum 25(OH)D levels were a little bit lower than the findings in Clifford’s study in Omani women (11.28 ng/mL) however it was much lower than what was found in a global meta-analysis of 394 studies (21.6 ng/ml) [16,17].

The very low levels of vitamin D in Saudi females could be due to inadequate sun exposure. Another possible explanation of these low 25(OH) D levels in our study is that all participants wear the traditional Islamic veil, which prevents the penetration of the UVB light needed for the synthesis of vitamin D although Ardawi found no difference between veiled and no veiled women in his study group [15].

Vitamin D levels were comparable in most of the regional studies in Gulf area although they used a different technique in the measurement of 25(OH)D level [18]. This could raise the possibility of common risk factors or different optimum level in the Gulf region.

Low levels of serum vitamin D exert a positive feedback on serum PTH to increase serum calcium. In our study, only 3(1.2%) participants had reported high levels of parathyroid hormone. This observation was also reported by many researchers in Saudi Arabia and outside (Laroche (13%), Ardawi (21.5%) and Haarburger (40%) ), but Al-Elq, Elsammak, and Dhanwal found statistically significant high PTH level [8,12,15,19-21]. This observation could raise the possibility and rethink about normal levels of 25(OH)D and parathyroid hormone in this region.

When 25(OH)D levels are substantially reduced, there is an insufficient substrate for its conversion to 1,25-dihydroxy vitamin D, even with high concentrations of PTH, and intestinal calcium absorption decreases. The 25(OH)D level at which this occurs is estimated to be approximately 4.4 ng/mL (11 nmol/L). Thus, serum 25(OH)D concentrations above 4.4 ng/mL (11 nmol/L) have been associated with greater calcium absorptive efficiency [22,23].

In this study, the mean serum calcium was near normal levels 8.0 (1.19) mg/dl. The association between vitamin D deficiency and age, BMI, awareness of vitamin D sources, sunlight exposure, PTH as well as calcium level was investigated. Chi-square test and Fisher exact test were applied where appropriate but no significant association between these variables and vitamin D deficiency was noticed (all p-values were more than 0.05) except for age and BMI (p values were 0.02 each).

Most of the participants were aware of the sources of vitamin D 219(88.7%). This is higher than Al- Saleh study possibly because he targeted younger age group [13].

Sunlight is by far the best and most reliable source of vitamin D for most humans. Exposure of the body in a bathing suit to one minimal erythemal dose (MED; i.e., slight redness of the skin) is equivalent to taking between 10,000 and 25,000 IU of vitamin D orally. Therefore, exposure of hands, face, arms, and legs to sunlight to an amount of time equal to about 25% of what it would take to develop one MED two to three times a week is more than adequate to satisfy body vitamin D requirement [24].

In our study, 116 (47%) participants were exposed to sunlight and only 23 (9.31%) of them have exposed to the sunlight adequately. This could be due to social customs, or cosmetic reasons.

The prevalence of vitamin D deficiency was very high among female university students in the northern region of Saudi Arabia and further community-based study is needed for more clarification of the magnitude and possible predisposing factors of the problem which will help in planning for prevention and treatment.

All authors were involved in design and defining conceptual content of the study and acquisition and analysis of data. Ahmed Hamad and Abdelrahman Abukanna searched literature and drafted the manuscript, which was critically revised by Awwad Alenezy and Amer Balla. All authors had seen and approved the submission of this version of the manuscript and takes full responsibility for it.

This work was financially supported by the deanship of scientific research in Northern Border University under grant No:1-004-435. 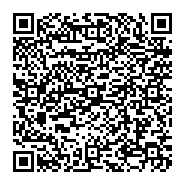