Prevalence, Pattern and Determinants of Myths and Misconceptions among Patients with Diabetes Mellitus in South West Nigeria

Background: Diabetes Mellitus is a disease of public health significance in the world and especially the African region. Aim: To assess the myths and misconceptions about DM among patients with DM who are attending a teaching hospital. Methods: This study involved adults diagnosed of type-2 diabetes who were consecutively recruited from the LAUTECH teaching hospital Diabetic Clinic, Ogbomoso, Nigeria. A validated questionnaire was used to collect data about sociodemographic data, and questions about aetiology of diabetes, diets, treatment/management and Insulin therapy. All data were entered and analyzed using SPPS. P–value less than 0.05 were considered as statistically significant. Results: 101 subjects with a mean age of 60.61 ± 12.53 years were enrolled for the study. 61% were females, 76% were retirees and 58% were in the 61–80 years age group. The commonest misconception was that “diabetic patients needed a ‘special diabetic diet’” – 89.1%, followed by “adding sugar to food is prohibited” – 73.3%. 51.5% have adequate knowledge of the diabetes mellitus. Patients receiving oral hypoglycemic agents have good knowledge of the disease. Conclusion: A large of Nigerians has various myths and misconceptions about diabetes. Comprehensive health educational programs for Nigerian patients with diabetes must include sessions to identify and address the presence of these prevailing myths and misconceptions.

Diabetes Mellitus (DM) is a non-communicable disease of public health concern. [1] Worldwide it affects about one in eleven adults and this is projected to increase to one in ten by 2040. DM is responsible for over 5 million deaths or a death in five seconds worldwide in 2014. [2] In the African region alone, an estimated 14.2 million people live with DM and this will more than double by the year 2040 and will cost an estimated 5.5 billion US dollars in health expenditure. [2] To stem the increasing menace of DM, it is important to effectively manage the existing cases, stop discrimination against people with diabetes and to largely prevent the incidence of new cases by controlling the modifiable risk factors such as overweight, obesity, physical inactivity, and unhealthy diet. [2,3] These measures have been shown to be more effective than medications in diabetes prevention. [3] Part of the WHO action plan in addressing these risk factors is effective diabetes education which is aimed at giving the population accurate information about the disease and debunking myths and misconceptions. [3]

Myths are defined as traditional stories or ancient beliefs to explain natural or social phenomenon; [4] they have a strong influence on life and our way of living including possible causes of illnesses, seeking treatment behaviours, and compliance to treatment modalities including medications. Therefore, understanding these myths and misconceptions about DM is important in providing better care and health education to diabetes patients. In other regions of the world, various myths and misconceptions have been responsible for some avoidable indirect cost of the burden of the disease, for example a report in India showed more than 43.9% of a population believes wrongly that “High sugar intake causes diabetes”, [5] likewise Bertran et al. reported that a population of Arab American diabetics believes anything that is bitter is good for diabetes. [6] Self-care is an important aspect of diabetes management and this cannot be optimized without the accurate knowledge of the disease by the patients. [7]

The international Diabetes Federation (IDF), in its 20 year global strategic plan to curb the diabetes menace has made it compulsory to have self-management education for people with diabetes and community engagement outreaches for the whole population at large. Diabetes education has not been embarked upon on a large scale in Nigeria despite being the country with the largest black population. Also, there is paucity of data on common myths and misconceptions about DM in Nigeria, since there is little or no research to specifically assess the prevailing myths and misconceptions about diabetes, including its aetiology, dietary control, course and various treatment modalities. Hence this study assessed the myths and misconceptions about DM among patients with DM who are attending a teaching hospital.

The study was conducted at LAUTECH Teaching Hospital, Ogbomoso. The hospital is located in south-western, Nigeria and receives patients from Oyo State and other neighbouring States and beyond. The participants of the study were patients with DM attending the diabetes clinic of the endocrinology, diabetes and metabolism unit of the hospital. The objectives of the study were explained to them before obtaining their informed consents and ethical approval (LTH/OGB/EC/2016/073) was obtained from the ethical review committee of LAUTECH Teaching Hospital, Ogbomoso.

This was a cross-sectional study.

It was a convenient sampling technique. The diabetic patients who attended the clinic in the four months period (from February to May 2016) were approached and recruited. The patients were interviewed by trained resident doctors before consultation for follow up in the clinic. The resident doctors have been part of previous questionnaire surveys and have experience in the administration of questionnaires without bias.

The data from the questionnaires were reviewed, coded, and entered into Statistical Package for Social Sciences (SPSS version 20). Mean ± Standard Deviation was used to report continuous variables while frequencies and percentages were used to report categorical variables. Student’s T-test and Chi square analysis were used to test for significant differences between the continuous variables and the categorical variables respectively. A p–value less than 0.05 were considered as statistically significant.

A total of one hundred and one (101) patients were recruited for the study, among which 62 (61.4%) were females. The overall mean age was 60.61 ± 12.53 years and more than half (58.4%) of the respondents were in the 61–80 years age group. Majority (76.2%) of the respondents were retirees, traders or civil servants, others are shown in Table 1. Sixty–one (60.4%) of the respondents have at least secondary education and just 12.9% were managing diabetes with only insulin. Self-monitoring of blood glucose is practiced by 57 out of the 58 of those that have personal glucometers [Table 1].

Table 2: Other socio-demographic and clinical data.

About the aetiology of diabetes, the most common misconception is “eating sugar causes diabetes”, concluded by more than half of the respondents (50.5%). This is followed by “diabetes is not a serious disease” (27.7%) and “type 1 diabetes is more serious than type 2 diabetes” (17.8%). In the diets section [Table 3], 90 (89.1%) and 74 (73.3%) of the respondents believe “diabetic patients needed a ‘special diabetic diet’” and that “adding sugar to food is prohibited” respectively [Table 4]. For the section on treatment of diabetes, 29 (28.7%) of the respondents believe “if you do not need medicines, you only have ‘mild disease’” and also that “prolonged use of oral hypoglycaemic agents or insulin can lead to serious side effects” [Table 5]. Approximately 18% of the respondents believe that “people with diabetes can’t participate in exercise/athletics” and about 15% believes that “when people with type 2 diabetes begin insulin therapy, they are in the ‘final stages’ of diabetes” [Table 6].

Table 6: Misconceptions about Insulin and Miscellaneous.

Overall, more than half (51.5%) of the patients were adjudged to have adequate knowledge, followed by 27.7% who have average knowledge of the aetiology, diets, and management of diabetes [Figure 1]. 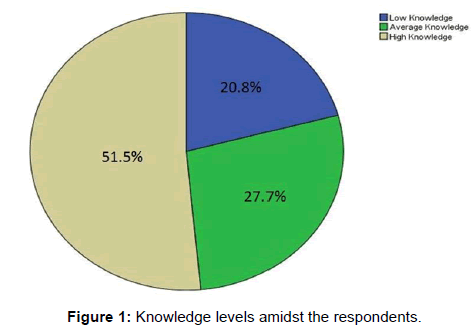 Figure 1: Knowledge levels amidst the respondents.

Table 7: Regression analysis of the predictors for overall knowledge amidst the respondents.

The adequate and appropriate knowledge of a particular disease is the greatest weapon in the prevention and effective management of the disease and evidence has shown over the years that attention should be given to ensuring adequate knowledge of diabetes. [8,9] Diabetes symptoms could be virtually non-existence or considered to be “normal” by an individual until it has given rise to chronic complications that could either be microvascular or macrovascular or both, thus resulting in higher morbidities and mortalities. [10,11]

The main finding of this study is that myths and misconceptions about diabetes with its management among diabetics in the South-western Nigerians are highly prevalent and may be encountered in day-to-day clinical practice. They can easily represent an important barrier for effective management of diabetes for physicians and diabetes educators. These myths and misconceptions if not properly and effectively managed may lead to suboptimal control of diabetes which can increase the likelihood of patients developing both acute and chronic complications of diabetes.

It is apparent that there is a need for continuous patients’ empowerment through diabetes education, as this is an important, effective strategy to improve diabetes health outcomes and recently, most translational research has been patients-focused. [12,13] This will not just help patients’ suffering from the disease, but it will also help the society at large as, the education will involve the spouses of diabetics and some of their relatives. [14]

The most common misconception in our study is centred on the involvement of sugar in the aetiology, diet and treatment of diabetes. Most of the patients believe eating sugar causes diabetes probably because diabetic patients before treatment passes out urine that is sugary and therefore it must have caused it, or at least part of the causes. This has in a way affected their believe and even more of them believe adding sugar to food is prohibited. This could influence a lifestyle of taking bitter food and sometimes herbs as is found out by Rehman et al. and Rajkumar et al. in different Indian populations. [9,15]

Exogenous insulin, which is sometimes used in the management of diabetes is also not properly understood by some of the patients. Some believe that taking insulin injection signify the final stages of type 2 diabetes not knowing that the medication type given to patients is determined by the stage of the disease and what is most appropriate per situation. Misconceptions about insulin are not uncommon among diabetic patients [16-18] and study even addressed breaking myths and misconceptions about insulin in diabetes management. [19]

Also, our results indicate that at least 48.5% of the participants had one form of misconceptions or the other, implying that there was room for improvement in our patients’ education. The factors which had a significant association with high misconceptions were duration of diabetes and modality of treatment that is, use of either oral hypoglycemia agents (OHA) or OHA with insulin. Both age and gender had no significant relationship with misconceptions levels. This is contrary to similar study carried out in Saudi Arabia by Alsunni A et al. [20] who found female gender to be significantly associated with moderate to high levels of misconceptions; this was attributed to social norms of a conservative society with significantly less exposure of women to information and interaction. This social norm of less exposure against women is not prominent in our environment hence, none association of gender with misconceptions in this study. Duration of DM diagnosis was found to be significantly associated (p< 0.05) with prevalence of misconceptions. The probabilities of having misconceptions decreased with reduced period of diabetes diagnosis. This might be related to multiple sources of information for newly diagnosed patients, with improved diabetes awareness programs compared to decades ago.

Overall, the importance of empowerment cannot be overemphasized in the quest to stem the prevailing myths and misconceptions about diabetes mellitus; this is an effort that starts not just with the patients but also with the healthcare workers. [21] Effective diabetes management not only requires the provision of comprehensive medical care and diabetes education, skillful self-care by the individuals with diabetes is essential. A person’s self-care practices are influenced by their knowledge, their physical ability to undertake tasks such as selfmonitoring of blood glucose (SMBG), the support they receive from family and health professionals and their own beliefs and attitude.

The authors declare that there is no conflict of interest.