Background: Lower urinary tract symptoms (LUTS) are a common condition among young adults; their quality of life is significantly affected and not all of them seek medical advice. Moreover, LUTS showed a significant relationship with depression and anxiety. Previously, LUTS was primarily identified among the elderly population, however, there has been an increase in its prevalence among young adults. Aim: To determine the prevalence of LUTS, to identify the potential risk factors associated with LUTS, and to establish which LUTS are the most bothersome in young adults. Material and Methods: Questionnaire-based cross-sectional study was done at Medical College in Al-Qassim. Healthy young adults aged 19-29 years were asked to fill in the International Consultation on Incontinence Modular Questionnaire for Female/Male Lower Urinary Tract Symptoms. P values <0.05 was considered statistically significant. Results: LUTS was reported by 180 students 49.3% (46.4% men; 52.7% women). Urgency (27.8%) was the most common LUTS and bothersome in female while in male incomplete emptying (19.4%) was the most common LUTS and bothersome. A positive correlation was found between all symptoms and bother. A higher BMI and a higher consumption of spicy food were associated risk factors for LUTS in female while a high coffee consumption was a potential risk factor LUTS in male. Conclusions: LUTS is highly prevalent among young adults and most of these symptoms showed a strong positive correlation with bother. We identified some risk factors that increased the occurrence of LUTS. Also, all risk factors are avoidable and assessment of the bothersome symptoms before medical intervention in young adults will increase the quality of life of people with LUTS.

Lower urinary tract symptoms (LUTS) is a common condition that has been demonstrated to be a major bother among young adults; their quality of life is significantly affected and not all of them seek medical advice. [1,2] Moreover, LUTS showed a significant relationship with depression and anxiety. [3] LUTS is classified by the International Continence Society as having storage, voiding, or post-micturition symptoms. [4]

The prevalence and severity of LUTS increases with age, and in 2008, an estimated 1.9 billion LUTS cases were reported globally, and the estimated 2018 projection is 2.3 billion cases. [5,6] Research conducted in the USA, UK, and Sweden found that the prevalence of LUTS was (47.9%) in men and (52.5%) in women. [7] The prevalence of LUTS in Arab countries has only been assessed by one study in Riyadh, Saudi Arabia, on 1851 men aged >40 years. It showed that its manifestation was primarily mild (1265, 58.3%), followed by moderate (505, 27.3%) and severe (81%, 4.4%). [8] Previously, LUTS was primarily identified among the elderly population, however, there has been an increase in its prevalence among young adults and (94.3%) of 159 healthy young medical students reported LUTS symptoms. [9] Another study showed that LUTS was reported in 52.7% of 146 young adults. [10] The prevalence of LUTS in male and female young adults has not been studied, and early identification and epidemiological information on LUTS among the young age group in Saudi Arabia and globally is minimal.

Some changes associated with aging, such as incomplete voiding, change in bladder capacity, or change in estrogen levels have been reported to be associated with LUTS. [11] Further, eating regimen, fluid intake, the consumption of coffee, caffeinated diet or non-diet soda, or liquor, and the use of nicotine, antihistamines, or antidepressants have all been identified as potential risk factors for LUTS. [12,13] Therefore, the aim of this study was to determine the prevalence of LUTS, to identify the potential risk factors associated with LUTS, and to establish which LUTS are the most bothersome in young adults.

Between February 5 and May 3, 2017, a cross-sectional study was conducted at the Medical College in Al-Qassim region, Saudi Arabia. A simple random sampling method was used to select participating students. All healthy young adults aged (19– 29) years were included in the study. [14] Those who were (<19 or >29) years-of-age, had a history of or a present urological disease or abnormality of the urinary tract, had any neurological condition that affects the urinary system, or were pregnant or had been pregnant were excluded.

Female and male students were asked to fill in the International Consultation on Incontinence Modular Questionnaire for Female/Male Lower Urinary Tract Symptoms (ICIQ-FLUTS/ MLUTS) questionnaire, which is fully validated and provides a brief and robust measure to assess the impact of urinary symptoms on the outcome. The female section included 12 items: Four questions on filling symptoms, three on voiding symptoms, and five on incontinence symptoms. The male section included 13 items: four questions on voiding symptoms, six on incontinence symptoms, one on frequency symptoms, one on urine stream strength, and one on nocturia (waking up at night to void) symptoms. [15,16]

All selected students rated how often they had experienced urinary symptoms during the past 4 weeks, each symptom has five possible answers: “never”, “occasionally”, “sometimes,” “most of the time”, and “always.” As (ICIQ-FLUTS/MLUTS) has no scoring system, we considered a score ≥ 2 (sometimes, most of the time, and always) as positive for having the symptom, as mentioned in a previous study.18 Each symptom was followed by a question on how bothersome the symptom was on a score from (0 to 10), with 0 being the least bothersome and 10 being the most bothersome. We also added another questionnaire to gather information about LUTS potential risk factors that have been studied before: level of physical activity, body mass index (BMI), if they smoked, consumed coffee and/ or spicy food, their water intake, and whether they urinated in a standing position. [18,19]

SPSS version 20.0 was used for the statistical analysis. Descriptive statistics were used to characterize the prevalence of LUTS. Mean values ± standard deviation (SD) and median values were calculated. The correlation between LUTS and the bother score and LUTS with risk factors were tested using Pearson’s correlation coefficient. The variables included in the analysis were age, gender, (ICIQ-FLUTS, ICIQ-MLUTS), and potential risk factors. A logistic regression analysis was used to determine risk factors associated with LUTS. P < 0.05 was considered statistically significant.

Table 1: Results of ICIQ-FLUTS questionnaire, expressed as frequency of occurrence.

Table 2: Results of ICIQ-MLUTS questionnaire, expressed as frequency of occurrence.

The bothersome ICIQ-FLUTS/MLUTS scores for each symptom are presented in Tables 3 and 4. Females reported that urgency (mean score 1.90) was the greatest cause of symptom discomfort, while males reported that incomplete emptying (mean score 1.80) was the greatest cause of symptom discomfort. Also, females showed significantly higher scores for most LUTS compared to males. A positive correlation was found between all symptoms and bother [Table 5]. A strong correlation (>0.7) was found in females for urgency, bladder pain, straining, intermittency, unexplained urinary incontinence, and nocturnal enuresis, while in males it was found for hesitancy, straining, strength of stream, intermittency, incomplete emptying, urgency, urge incontinence, unexplained incontinence, nocturnal enuresis, and post-micturition dribble.

Table 5: Correlation between LUTS and bother in females and males.

Table 6: Correlation between LUTS and risk factors in males.

Table 7: Correlations between LUTS and risk factors in females.

Table 8: The results of a logistic regression analysis in men.

Table 9: The results of a logistic regression analysis in men.

LUTS has been demonstrated to affect people of a young age, nulliparous females, and non-sexually active people. [10] In our study, LUTS symptoms were found to be present in almost half of all female and male medical students. The prevalence of LUTS was more common in females (52.7%) than in males. Similarly, Zalina et al. conducted a study on 146 female medical students and found the same LUTS percentage prevalence (52.7%) among females.10 On the other hand, similar to our results, Coyne et al. reported a prevalence of at least one LUTS; “sometimes” was more commonly reported in females (76.3%) than in males (72.3%). [7]

In our study, the most reported symptoms in males were “at least sometimes” incomplete emptying followed by intermittency and straining. On the other hand, in a Nigerian study by Ojewola et al., nocturia was the single most common symptom in males (38.4%), while straining was the least common at 13.4%. [20] The female respondents in our study reported urgency “at least sometimes” and it was the most common symptom (27.8%). Likewise, as reported by Zalina et al., 50.7% of females experienced urgency. [10] The low prevalence of LUTS amongst our sample compared to other studies may be due to our representative lower-age group, as it is a known that LUTS prevalence increases with age. [7,8,18]

There are some limitations to our study. As a cross sectional study, there was no follow up with LUTS individuals. Also, having LUTS was based on self-reporting, not a clinical diagnosis or investigation. The study also focused on medical students, a small sample size that may not be representative of the general population. Furthermore, information on the students who did not participate was unavailable, which probably led to non-response bias.

Our study shows that LUTS is highly prevalent among the young age group and most of these symptoms showed a strong positive correlation with bother. However, there was a difference in symptom frequency and discomfort between sexes. We identified some risk factors that increased the occurrence of some LUTS. However, we need to conduct a future prospective study with a large sample size among the among general population to elucidate this. Also, all risk factors that were associated with LUTS are avoidable so this need to be addressed in future public awareness programs. The presentation of LUTS among the general population and availability of early screening methods to determine any pathology of the lower urinary tract and assessment of the bothersome symptoms before medical intervention in young adults will increase the quality of life of people with LUTS. 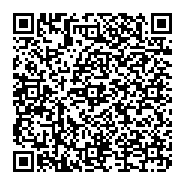