The aim of this report is to emphasize that corticosteroids should not be prescribed when the etiological factors remain unidentified. A 34âÂÂyearâÂÂold male visited our ophthalmology clinic suffering from blurred vision. Behçet’s disease had been diagnosed 5 years prior, and the patient was taking an oral immunosuppressant and a systemic corticosteroid. Vitreous cell count and foci of chorioretinitis (apparently confined to the ocular fundus) were evident. A vitreous sample was subjected to polymerase chain reaction, which resulted in the identification of and Mycobacterium tuberculosis. Treatment with a combination of four antiâÂÂtuberculosis drugs was commenced. During the followâÂÂup, the vitritis disappeared, and the foci of active chorioretinitis improved. Systemic and SubâÂÂTenon corticosteroid treatment should not be prescribed until vitreous and anterior chamber fluid samples have been evaluated in patients with uveitis. Some microbes are not detected on routine examination.

Tuberculosis (TB) is one of the leading public health problems in developing countries. Diagnosis of isolated ocular TB in the absence of systemic TB and other ocular findings is important, as is further investigation of the disease. The intraocular manifestations of TB include “mutton fat” keratic precipitates, posterior synechiae, vitreous snowballs, snowbanking, retinal vasculitis, choroiditis, serpiginous-like choroiditis, and panuveitis.[1] A definitive diagnosis of intraocular TB requires culture data, and direct demonstration of Mycobacterium tuberculosis in smears and via polymerase chain reaction (PCR) of intraocular fluid.[2,3] The frequencies of ocular TB in patients with uveitis and systemic TB are respectively 0–0.16% and 0.27–1.4%.[4,5]

The etiology of uveitis can be unclear upon routine systemic evaluation. Intraocular fluid samples should be taken. The patients under systemic steroid and immunosuppressive may develop TB uveitis, and this could be kept in mind in the differential diagnosis of uveitis. One-off treatment with a corticosteroid does not cure intraocular TB, and indeed adversely affects the disease course, triggering steroid-induced systemic and ocular complications.

Our aim in presenting this case is to emphasize that systemic corticosteroid treatment should be avoided if the etiology of uveitis is unexplored.

A 34-year-old male patient admitted our ophthalmology clinic suffering from blurred vision. Behcet’s disease had been misdiagnosed 5 years prior, and the patient had been taking 2 × 100 mg cyclosporine-A orally per day, methylprednisolone 16 mg 1 × 1 for several years. No ophthalmic involvement was evident at the time of misdiagnosis of Behçet’s disease. There is no evidence that the patient was previously examined by an ophthalmologist for uveitis, and these drugs were given by an ophthalmologist. The patient was of cushingoid appearance and broke his ankle due to the methylprednisolone treatment. The best-corrected visual acuities were counting fingers at 2 m in both the right and left eyes. Slit-lamp examination revealed bilateral pseudophakia. The patient had also undergone a cataract surgery 3 years ago due to this steroid treatment. Posterior capsule opacification was evident in both eyes, and the right intraocular lens had become decentralised after Yag-laser capsulotomy in another health center. The anterior vitreous cell counts were high, and foci of chorioretinitis that seemed to be confined to the ocular fundus were also evident. The (applanation tonimetric) intraocular pressures were 14 and 16 mm Hg in the right and left eyes, respectively. Systemic corticosteroid treatment was gradually terminated. We consulted with other clinics including those of internal medicine, pulmonology, physical medicine, rehabilitation, and dermatology, to explore the etiology of the uveitis. Data from a complete blood count, biochemical analysis, serological tests, erythrocyte sedimentation rate measurement, chest radiography, and chest computed tomography scan, were normal. The tuberculin skin test was positive (induration > 22 mm). The QuantiFERON®-TB Gold (QFT-G; Cellestis, Ltd., Carnegie, Australia) was positive. A vitreous sample was examined by PCR, which resulted in the identification of M. tuberculosis. Chorioretinitis was evident in both eyes. No systemic disease was found. The patient had a 10-pack-year history of smoking, but had not smoked for the past 2 years. Anti-TB treatment was commenced. Isoniazid (5 mg/kg/day; 100 mg tablet 1 × 1); rifampicin (600 mg/day for 6 months; 300-mg tablet 1 × 2); pyrazinamid 500 mg/day; 500-mg tablet 1 × 4); and ethambutol (15 mg/kg/day; 500-mg tablet 1 × 3) were prescribed, and pyrazinamid and ethambutol were withdrawn after 2 months. Topical Pred Forte (prednisolone acetate, 1% w/v) was applied 12 times/day for 1 month and was gradually reduced as the clinical situation improved.

The ocular vitritis improved during follow-up, and the foci of active chorioretinitis decreased in size [Figure 1]. One year later, the best-corrected visual acuity of both the right and left eyes was 2/10 (Snellen chart evaluation). Follow-up examinations performed at least every few months for the first 2 years after treatment found no recurrence of ocular TB. Figure 1: Ocular fundus image of a patient who presented with tubercular chorioretinitis. The photograph was taken after anti-tuberculosis treatment

Early diagnosis and treatment of intraocular TB is important to prevent complications such as decreased visual acuity, and also helps to prevent complications caused by inappropriate therapy. Patel et al.[6] described presentations and outcomes of mycobacterial ocular disease in the Midwestern United States. Twenty-six eyes of 17 patients with mycobacterial ocular inflammatory disease have been seen at the University of Illinois at Chicago from 1995 to 2010. The authors concluded that ocular mycobacterial infection occurs in nonendemic areas and cannot be ruled out with negative chest imaging. Significant delays exist in instituting antimicrobial treatment, associated with increased morbidity. Early referral is necessary for patients not responding appropriately to anti-inflammatory therapy.

Tuberculosis is diagnosed by gathering evidence of M. tuberculosis in clinical specimens.[7] Choroidal tubercles are early signs of intraocular TB. However, microbiologically or histologically proven cases of this form of TB are relatively rare.[2,8,9] As TB causes uveitis only rarely, the purified protein derivative (PPD) and Quantiferon TB-Gold tests should be performed on patients with uveitis but no other TB symptom. Positive results focus clinician attention on the eyes. Discovery of M. tuberculosis via PCR of genomic DNA is diagnostically valuable.[3] A vitreous sample from our patient was thus examined and was positive.

It is difficult to interpret the diagnostic value of the Martoux test using a PPD.[4,5] A negative reaction is more important than positivity. An induration of 5 mm is often taken to indicate active infection. Indurations > 10 mm in high-risk populations and those over 15 mm in low-risk populations are significant.[10] In our case, the PPD test yielded a 22-mm induration, suggesting the presence of disease. However, no systemic disease was found.

If anti-inflammatory treatment is inadequate, anterior chamber paracentesis (to obtain laboratory specimens), vitreous aspiration, and chorioretinal biopsy should be planned.[10] Rosen et al.[11] found that only 3 of 12 patients with suspected intraocular TB responded to anti-TB treatment; Sheu et al.[9] reported improvement in only two of four patients. Cyclosporine-A therapy was terminated, and systemic corticosteroid therapy was gradually reduced (and ultimately terminated) in our patient because he was unresponsive to such treatment. Our patient responded to anti-TB drugs.

Corticosteroids should not be prescribed in patients with uveitis unless vitreous and anterior chamber fluids have been analyzed because some microorganisms cannot be diagnosed upon routine examination.

We thank our patient for providing written informed consent for (anonymous) publication of his data. 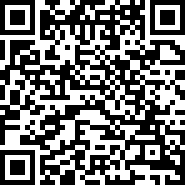