Rarer in a Rare

Though moya moya disease is a disease of Asian origin, it is one of the very rare causes of stroke in India. It is a rare disease mainly characterized by progressive cerebrovascular episode due to the slowly progressive stenosis of supraclinoid segment of bilateral internal carotid arteries, the anterior and the middle cerebral arteries, and very rarely, posterior cerebral arteries. We hereby report a case of a young female who presented to us with the psychiatric complaints and refractory headache since her childhood. Therefore, we are reporting rarer (headache and neuropsychiatric) manifestations in the rare (moya moya) disease.

Though moya moya disease is a disease of Asian origin, it is one of the very rare causes of stroke in India. It is a rare disease mainly characterized by progressive cerebrovascular episode due to the slowly progressive stenosis of supraclinoid segment of bilateral internal carotid arteries, the anterior and the middle cerebral arteries, and very rarely, posterior cerebral arteries.[1] As a result of this chronic obliteration, the compensatory mechanism develops in the form of small collaterals distal to the stenosed vessels, giving the appearance of typical “puff of a smoke” on the angiography. This disease was first described in Japan by Suzuki and Takaku and was named moya moya meaning something hazy like a puff of smoke. The commonest presentation of moya moya disease is the ischemic or the hemorrhagic stroke. But we hereby report a rare case of young female who presented with refractory headache and neuropsychiatry complaints affecting her since her childhood.

A young married female of 35 years presented to the medicine outpatient department with chief complaints of headache, loss of interest in the surroundings, and alteration in the mood intermittently since last 5 years. There was no history of convulsions, vomiting, fever, or any trauma to the head. Past history of headache in the childhood with aggressiveness in the behavior was given by the mother of the patient. Ten years back, she had right-sided hemiparesis with deviation of mouth on the opposite side which recovered in 15 days. The general examination including all the systemic examinations was normal. In view of her past and the present history related to her behavior, we consulted a psychiatrist and the patient was diagnosed to have bipolar disorder. All the blood biochemical tests like complete blood count, blood sugar, liver function test, hemoglobin electrophoresis, and erythrocyte sedimentation rate (ESR) were normal. Lipid and thyroid profile was within normal limits. Taking into account the past history of cerebrovascular episode and the intractable refractory headache which was not relieved by medication, we planned to go for neuroimaging study. Figure 1: (a and b) MRI angiography of the brain showing irregular narrowing of the distal internal carotid artery and proximal cerebral artery, with extensive bilateral collateralization, tortuous leptomeningeal and transdural collaterals spreading over the frontal, parietal, and occipital lobes

Digital subtraction angiography (DSA) was performed using a 6-F sheath and 5-F HHI catheter and showed that there was complete occlusion of bilateral middle cerebral arteries and anterior cerebral arteries with multiple collaterals filling the external carotid artery and posterior circulation, suggesting a possibility of moya moya disease, as shown in Figures 2a-b. Moya moya is primarily a disease of Asian heritage, but the disease is present worldwide, even in Europe and America.[2,3] Many cases of this disease have been reported from India and are also added to the literature.[4,5] The steno-occlusive nature of the disease is usually bilateral as seen in our patient, but the unilateral presentation does not rule out the disease and is termed as a “probable case.” It has a bimodal presentation–one in the 1st decade and the other in the 4th or 5th decade. Females are affected twice that of males, with a ratio of 1.8:1.

The etiology of moya moya is controversial. The pathological analysis of the affected arteries revealed no atherosclerosis or inflammation responsible for the obliteration or occlusion of the blood vessels. The particular ethnic affinity (more in Japanese), familial occurrence of the disease, and several studies linking the relation of moya moya to some of the loci have proved that the disease is of genetic origin.

The symptoms of the patients depend upon the obliterated vessel of the circle of Willis. Yamaguchi, et al. in 1979 described four major clinical manifestations of moya moya disease: The hemorrhagic type, the infarction type, transient ischemic attack type, and epileptic type, with the first two types being the most common.[6] Though our patient developed stroke of infarct type in the 3rd decade of her life, her major complaints were persistent headache and neuropsychiatric behavioral complaints since her childhood. This could be a chance association, but the MRI findings revealed that the collateralization of the transdural ad leptomeningeal vessels spreading over the frontal, parietal, and occipital lobes could be responsible for the headache and psychiatric complaints, and it cannot be neglected. These features of headache and psychiatric complaints are rare symptoms of moya moya disease.

We therefore conclude that is it important to consider moya moya disease as one of the possibilities of childhood refractory headache and psychiatric abnormality and should be worked out with MRI angiography of the carotid vessels. 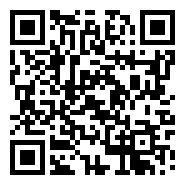