Relationship between Periodontal Disease and Type 1 Diabetes in Adolescents

Aim: The aim of this study was to evaluate the prevalence and severity of periodontal disease (PD) in adolescents with type 1 diabetes mellitus (DM) and assess the relationship with the clinical and metabolic control of diabetes in adolescents. Material and Methods: A descriptive and analytical study was conducted in patients of both sexes who had a definite diagnosis of type 1 DM and diabetes duration of at least 3 years. An odontologist evaluated PD using the American Dental Association criteria. The measured glycosylated hemoglobin (HbA1c) levels revealed an association between PD and the duration and metabolic control of DM. Results: One hundred and one patients with an average age of 15.02 ± 1.216 years were studied; 59.4% were female. Adolescents with a shorter diabetes duration (3 to 5 years) had a lower prevalence of PD (65.6% versus 34.4%); and for those with a disease duration > 6 years, stages II-IV PD predominated (56.8%, p<0.05). The most severe stages of PD were present in young people with ≥ 9% HbA1c (p<0.001). Males had a higher prevalence of PD than females in terms of disease duration and metabolic control of diabetes (p<0.05). Conclusion: The severity of PD was associated with the duration of diabetes and higher glycemic levels, with worse effects for males than females.

Periodontal disease (PD) is a set of immune and inflammatory conditions of infectious etiology that affect tooth-supporting tissues, such as gums, cementum, periodontal ligament and alveolar bone. [1-4] PD is associated with the presence of microorganisms in the dental plaque attached to the enamel and with the microflora of the gingival sulcus, causing inflammatory lesions that result in the damage and destruction of toothsupporting tissues. [5-7]

In healthy periodontal tissue, the gums are firm and pale pink in color, do not bleed and cover the entire root of the tooth, stabilizing teeth in conjunction with periodontal ligament fibers. [8,9]

In gingivitis, dental plaque and tartar cause gingival irritation, resulting in mucosal redness and edema, with or without bleeding, and with no attachment loss at this stage. In periodontitis, there is destruction of periodontal fibers, and periodontal pockets may be present, depending on the severity of PD. In more advanced stages, molar furcation lesions, tooth mobility, and bone loss may occur, leading to tooth loss. [10,11]

There are many risk factors that an odontologist should evaluate to determine the presence, course and severity of PD, such as gender, race, age, oral hygiene habits, socioeconomic status, medications, drug abuse, smoking, stress, AIDS, malnutrition, osteoporosis, use of steroids and oral contraceptives and the presence of some systemic diseases, such as diabetes mellitus (DM). [12-15]

Type 1 DM is a chronic degenerative disease characterized by impaired glucose metabolism due to an absolute insulin deficiency caused by autoimmune damage to pancreatic beta cells. This type of insulin-dependent DM can be accompanied by multiple metabolic, organs, vascular and infectious complications. When a patient has a systemic disease, the inflammatory response in the oral cavity is altered by the presence of local irritants and infection, accelerating the progression of PD and increasing dental pathology. Diabetic patients also have diminished resistance to infection, with increased salivary glucose levels and a greater tendency to form dental plaque. [16,17]

The association between DM and PD has been studied by several authors, since these patients have a decreased immune response, mainly related to T cells, and altered polymorphonuclear cell (granulocyte) function, causing infections in the oral cavity. [18,19] A higher prevalence and severity of PD has been shown in these patients, possibly due to excessive tissue inflammation, leading to early periodontal attachment and alveolar bone loss. [20,21] An association between periodontitis and poor metabolic control of diabetics has also been reported. Some studies report that effective treatment of periodontal infection reduces hyperglycemia, glycosylated hemoglobin (HbA1c) levels and, in many cases, even insulin requirements.

HbA1c is a blood laboratory test that retrospectively estimates the mean glucose concentration measured over a period of 8-12 weeks. HbA1c is currently used to evaluate the metabolic control of diabetic patients, is expressed as a percentage and is correlated with mean glucose levels. When HbA1c levels range from 5% to 6% (80-120 mg/dL), the results are considered normal, and when HbA1c levels are higher than 7-8% (150-180 mg/dL), the results are indicative of decompensated or poorly controlled diabetes. [20,21]

The objective of the present study was to evaluate the prevalence and characteristics of PD in adolescents with type 1 DM and to assess the relationship between diabetes duration and its clinical and metabolic control.

Analysis of the results: The data were collected in a format designed for the study and were later transferred for analysis using descriptive statistics with measures of central tendency and dispersion. For the qualitative variables, frequencies and proportions were used; for the quantitative variables with a normal distribution, the arithmetic mean and standard deviation were calculated. The chi-squared (χ2) test and Student’s t-test were used for the bivariate comparison of means, and ANOVA was used for at least 3 means. Pearson’s correlation coefficient was used to evaluate how PD is related to the duration and metabolic control of diabetes and to sex. Significant results were incorporated into the logistic regression to assess the significance of the model. The results were considered statistically significant at p< 0.05. The analysis was performed in the statistical software package IBM SPSS version 21 Armonk, NY, USA.

Table 1: Characteristics of PD in relation to DM duration.

Table 2 shows that for the 79 patients with HbA1c controlled to< 7% (78.22% of the patients), the majority (81.01%) had stage 0-I PD. In contrast, for the patients with poorly controlled HbA1c of > 7%, all 22 (100%) had stage II-IV PD, with more severe oral disease. That is, analysis of the HbA1c levels measured during the previous 2 years in terms of the presence of PD indicated a significant difference between the HbA1c levels: the prevalence of PD was inversely related to the metabolic control of diabetes (p=0.000).

Table 2: PD in relation to the control of HbA1c levels.

Table 3: PD, duration of diabetes and metabolic control of diabetes in diabetic patients by sex.

Table 4: Severity of PD and relationship with independent variables.

Table 5 shows the logistic regression between the severity of PD and the independent variables of sex, duration of diabetes and metabolic control of diabetes, with the latter being statistically significant (p< 0.05).

In the studied population, PD was present in more than half of the adolescents, with 13.9% having stage I gingivitis and the remaining 86% having stage II-IV periodontitis. These results show that there is an association between DM and PD and are in agreement with those reported by other authors, who found evidence of an association between various systemic diseases, including DM and periodontal health. [23]

In this study of type 1 diabetic patients, there was a high prevalence of PD compared to the prevalence and severity reported by other authors in the general population and in type 2 diabetics. [24,25]

Adolescents with a shorter diabetes duration (3 to 5 years) had a lower prevalence of PD (65.6% versus 34.4%); and for those with a disease duration > 6 years, stages II-IV PD predominated (56.8%, p< 0.05). This is interpreted as the duration of diabetes was a risk factor that influenced the prevalence and severity of PD. Patients with a shorter duration of diabetes had less PD, while those with a longer duration had a higher prevalence and severity of PD.

Using HbA1c levels, the mean blood glucose levels of the last 3 months were evaluated, which helped to determine the metabolic control of diabetes. Patients with hyperglycemia and poorly controlled diabetes had a higher prevalence and severity of PD than those with good diabetic control (HbA 1c >7%). Therefore, poorly controlled diabetes not only increases the prevalence of PD but is also a risk factor for severe periodontitis; in other words, the severity of PD is inversely related to the metabolic control of diabetes (p=0.000).

The HbA1c levels indicated that 78.2% of patients with controlled diabetes had stage 0-I PD, and the remaining patients with HbA1c > 7% had stage II-IV PD, so a direct relationship was found between the metabolic control of diabetes and PD (p=0.000). [26]

Additionally, Costa KL et al. [29] revealed the importance of diabetes control by measuring HbA1c levels; the researchers found better periodontal health in the patients with lower HbA1c levels and found an association between the progression of periodontitis and increased HbA1c levels. The above suggests that the control of PD can improve glycemic control and vice versa: glycemic control decreases the prevalence and severity of PD. [30,31]

Adequate metabolic control was significantly more common for female patients, while males had a higher risk for the presence of factors causing PD. This deficiency in males could be related to differences in attitude, where females show greater compliance with the treatment plan. Moreover, males with poorly controlled diabetes can experience many complications; more than half of them need support from the family in addition to institutions to control and treat their diabetes. Another factor that could influence diabetes control is that the population in this study visited a public hospital; patients with higher purchasing power can visit private institutions, so socioeconomic status may be another factor that can influence patients who did not achieve good metabolic control and received subpar treatment for the disease.

In the present study, the prevalence of PD was found to be associated with poorly controlled diabetes. The treatment of periodontitis is essential in diabetic patients because an effective treatment of PD improves blood glucose levels; thus, it is suggested that efforts should be made to prevent the onset of PD.

In the multidisciplinary management of these patients, specialist doctors should take the participation of the stomatologist into account since infections in diabetic patients make hyperglycemia worse. This type of hyperglycemia can only be controlled if, in addition to diet, insulin and ancillary treatment, PD is prevented and treated.

Some limitations of the present study should be considered. This study was cross-sectional. The socioeconomic level was not analyzed despite reports indicating that this factor influences the outcome of disease control and suggesting that populations with a higher socioeconomic level can more easily access information on disease control, better understand instructions regarding treatment and develop more self-care skills. These results are valid for the studied population but cannot be extrapolated to the entire Mexican population.

Apart from these limitations, the results may be relevant because of the use of a large population of type I diabetic patients. These findings, which have revealed the needs of this population, can be useful for identifying and thus designing promotion and follow-up strategies; the results may serve as a basis for future follow-up or intervention studies of adolescents. 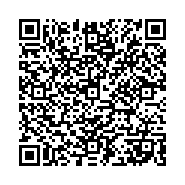