Background: The accuracy of common ultrasound parameters for the estimation of gestational age (GA) decreases as pregnancy advances in age. Hence, there is need to explore other parameters that may complement the established fetal biometric parameters in predicting GA in late pregnancy. Aim: The aim of this study is to determine the relationship between the sonographic placental thickness (PT) and GA in the second and third trimesters. Subjects and Methods: A crossâÂÂÂÂÂÂÂÂsectional study of 627 normal pregnant women with GA between 14 and 40 weeks was conducted at the University of Nigeria Teaching Hospital ItukuâÂÂÂÂÂÂÂÂOzalla, Enugu from May 2013 to February 2014 by sonography. Anteroposterior diameter of the placenta was measured at the level of the umbilical cord insertion. The last menstrual period of the women, femur length, biparietal diameter, head circumference, and abdominal circumference of the fetus were measured for GA estimation. Descriptive statistics, regression analysis, and independent sample tâÂÂÂÂÂÂÂÂtest were used in statistical analysis. Results: Mean PT was 23.2 (2.8) mm in the second trimester and 36.1 (3.6) mm in the third trimester. There was a significant difference between the values in the present study and values from similar studies in other populations (P < 0.04). There was a strong relationship between GA and PT and the following mathematical relationships for the second and third trimesters were obtained in the GA = 0.982 (PT) + 3.614 and GA = 0.977 (PT) + 3.354, respectively. Conclusion: PopulationâÂÂÂÂÂÂÂÂspecific charts for PT may be used to estimate GA in the second and third trimesters.

Gestational age (GA) estimation is an important aspect of routine obstetric scanning. Knowing GA accurately is essential for optimal prenatal delivery and postnatal care. [1] GA was initially estimated using only the woman’s last menstrual period (LMP) and clinical methods such as uterine size assessment, time of quickening/initial perception of fetal movement, and fundal height measurement. These methods have many limitations; dating the LMP may be difficult because of poor recollection, irregular menstrual cycle of varying duration, lactational amenorrhea, bleeding in early pregnancy or hormonal contraceptive use prior to conception. [1] The accuracy of symphysis Fundal height may be diminished by multiple pregnancy, maternal size, intrauterine growth restriction, fetal position and other maternal and fetal characteristics. [1] Initial perception of fetal movement vary greatly among pregnant women.

At present, ultrasonography is an effective way of dating pregnancy. [2] Gestational sac was the first ultrasound biometric parameter to be used to estimate GA. Later in 1973, Robinson introduced the use of crown-rump length. [3] This was followed by the use of other parameters such as head circumference (HC), abdominal circumference (AC), femur length (FL), and biparietal diameter (BPD). Fetal biometric parameters such as FL, BPD, HC, and AC are routinely used to estimate GA in the second and third trimesters. Conflicting values of GA are sometimes obtained when using most of these parameters. Studies by Davis et al., [4] L’ubuský et al., [5] Gianluigi et al., [6] and Hobbs et al. [7] had reported many pitfalls in using these common fetal parameters for GA estimation. Furthermore, the accuracy of these parameters decrease as pregnancy advances in age. [8] Hence, there is need to explore other parameters that may complement the established fetal biometric parameters in predicting GA, especially as pregnancy advances to the third trimester. Placenta has been noted to increase as pregnancy advances in age. [9] The placenta is a fetal organ that connects the developing fetus to the mother. The placenta performs respiratory, excretory, nutritional, and endocrine functions for the fetus. [10] It transfers gases, such as oxygen and carbon dioxide, waste products such as urea, nutrients such as glucose and hormones between the maternal and fetal circulation. [10]

There are a few studies on sonographic estimation of GA by the use of placental thickness (PT) charts in Indian and Caucasian populations and paucity of such studies in the black population. [8,9] Again, racial variations in PT may exist. This study was, therefore, aimed to establish a normogram of PT; determining the relationship between PT and GA and determining if there is a racial variation in PT values in normal singleton fetuses in Enugu, Nigeria.

A cross-sectional study was carried out using convenience sampling method. The study was conducted in the Department of Radiation Medicine, University of Nigeria Teaching Hospital (UNTH) Ituku/Ozalla, Enugu. Ethical clearance was obtained from UNTH Ethical Committee (UNTH/CSA.329/VOL. 5, dated October 9, 2012) while informed consent was obtained from the subjects before the study commenced. The study sample was drawn from women attending antenatal clinic in the Department of Obstetrics and Gynecology, UNTH from May 2013 to February 2014.

The minimum sample size for this study was calculated using the following formula: n = N/1 + N (e) 2; [11] n = minimum sample size, N = population size, e = percentage error (percentage error at 95% level of confidence = 0.05). Using the total number of patients who attended antenatal checkup in the Obstetrics Department of UNTH between May 2012 and February 2013, a population of 1920 was obtained. Therefore, substituting the values will give n = 1920/1 + 1920 (0.05)2 = 331.03. Hence, the minimum sample size was 331 and this was increased to 627. Six hundred and twenty-seven subjects with GA between 14 and 40 weeks who met the selection criteria were recruited for the study.

Subjects with accurate LMP, viable singleton pregnancy, no history of diabetes mellitus, no history of previous adverse fetal outcome, no history of intrauterine growth retardation, no co-existing uterine or adnexal masses, no placental mass, no fetal anomaly, placenta which can be distinguished from the myometrium, no history of immune or nonimmune hydrops, no hydramnios, no pregnancy-induced hypertension were included in the study. Some of these information were obtained from the patients’ antenatal notes and others from their sonographic results.

Aloka Prosound ultrasound machine with a 3.5 MHz curvilinear transducer was used to scan the selected subjects and measurements were taken in freeze mode by a single observer with 11 years of experience in obstetric sonography at the time of the study. Transabdominal longitudinal scan of the placenta was performed with the subjects in the supine position and with full bladder. The PT was obtained by measuring the antero-posterior diameter of the placenta at the level/point of insertion of the umbilical cord [9,10] as shown in Figure 1. Fetal parameters which include FL, BPD, HC, and AC were also measured according to their standardized techniques, and all of them were used to estimate the GA. The BPD was measured as the distance between the outer edge of the cranium nearest to the transducer and the inner edge of the cranium distal to the transducer at the level of the paired hypoechoic thalami and cavum septum pellucidum. [12] The HC was measured using the elliptical calipers over the four points of BPD and occipital frontal diameter in the same plane as BPD, between the leading edge of the frontal bone and the outer edge of the occiput. [13] The AC was measured as the length of the outer perimeter of fetal abdomen at the level of umbilical vein junction with the portal vein in a transverse plane perpendicular to the spine, [14] and the FL was measured as the length of the ossified diaphysis of the fetal femur from the greater trochanter to the femoral condyles. [15] The mean of three different values for each measurement was recorded. Figure 1: A sonogram showing the placenta and the landmarks for the measurement of its thickness

Analysis of data was performed with a personal computer using the statistical package for social sciences (Windows version 16; SPSS Inc., Chicago, USA). The mean and standard deviation of PT at various GAs were obtained. Simple linear regression analysis was used to establish the model equations relating GA and PT and also to determine if the model predicted was well fit. Independent sample t-test was used to compare the result of this study to that obtained in Indian population. Figure 2: The relationship between placental thickness and gestational age in the second trimester Figure 3: The relationship between placental thickness and gestational age in the third trimester Figure 4: The relationship between placental thickness and gestational age in the combined trimester Figure 5: A histogram showing the relationship between the observed and predicted values in the combined trimester Figure 6: A P‑P plot showing the relationship between the observed and expected values in the combined trimester

Table 1: Distribution of placental thickness according to gestational age

Table 3: Comparison of the mean placental thickness values from the present study and that obtained with previous literature (Indian population)

Determination of GA is important because it provides valuable information regarding the wellbeing or potential problems of the fetus and directly affects the medical treatment plan for the fetus. Placenta has been noted to increase as pregnancy advances in age. [1]

Tables and reference curves for PT values at different GAs in the second and third trimesters were generated in this study. These showed that there was a linear increase in PT with GA. The mean PT was 23.2 (2.9) mm and 36.4 (3.7) mm in the second and third trimester, respectively. In the present study, a mean PT was 42 (2.9) mm at 39 weeks of gestation. This was similar to the value reported by Ohagwu et al. [16] who reported a mean PT of 45 (6.4) mm at 39 weeks of gestation in a similar population among Benue people of Nigeria. However, PT at 39 weeks gestation was higher than that reported by Mital et al. (37.5 mm) who conducted similar work in India. [10] This may probably be due to racial difference in PT.

There was a fairly consistent increase in PT from 14 to 39 weeks of gestation after which it gradually decreased in the 40th week in the present study. This implies that PT increases linearly and attains its maximum thickness at 39 weeks of gestation. The maximum PT obtained during this study was 47 mm which was higher than previous studies. [17-19] The previous reports by Hoddick, [17] Weerakkody, [18] Benirschke and Kaufmann [19] showed that the normal placenta was not >40 mm in thickness at any stage of pregnancy. This implies that placenta of the Nigerian population is normally thicker than Indian and Caucasian populations. During this research, placentas that have their point of insertion at the edge (placenta marginalis) were excluded because thickness at the edge of the placenta is comparatively thin.

The histogram plot obtained during regression analysis in this study was similar to the shape of the normal curve which was superimposed on the histogram. This showed that the model predicted by the regression analysis fits well. A P-P plot was further used to assess the normality of the predicted model. The figure showed that the line obtained from the plot was similar to 45° line superimposed on the plot. This further affirmed the fact that the predicted model was well fit. Therefore, the model equations produced by the regression analysis appeared to be valid. These findings suggested that PT increased as a function of GA. Hence, this may be used to estimate GA in the second and third trimesters.

Limitations of the study

Some placentas have their point of insertion of the umbilical cord almost at the edge of the placenta (placenta marginalis) thereby giving a low value of placenta thickness. The percentage of placenta marginalis is 15.4% in this study. A longitudinal design should be more appropriate than cross-sectional design for GA prediction. The convenience sampling technique we used did not allow every member of the sampled population equal chance of being selected as in simple random sampling method. We hope to address these limitations in further study.

PT measurement may be used as a biometric parameter for assessing GA in the second and third trimesters. A multicenter study involving other regions of the country is suggested to validate our results.

The results of this study suggested that population-specific charts for PT may be used to estimate GA in the second and third trimesters.

We would like to thank the staff of Radiology and Obstetrics and Gynecology Department of University of Nigeria Teaching Hospital Ituku-Ozalla, Enugu for their assistance in data collections. Many thanks to Miss Ukoha, Prisca Onyinye for funding this study. 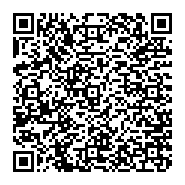