Background: The improper use of pesticide is associated with respiratory morbidity in many developing countries. Aim: The purpose of this study was to determine the prevalence of respiratory symptoms and its association with the use of agricultural pesticide among crop farmers in three rural communities in Ekiti State, South Western Nigeria. Subjects and Methods: This was a crossâsectional study conducted in Ijero local government in Ekiti State, Nigeria from June 2009 to August 2009. Preâtested structured questionnaire was administered by trained interviewers to obtain clinical information and exposure to pesticide and this was followed by peak expiratory flow rate (PEFR) measurement using wright peak flow meter. The data were analyzed using SPSS version 15 (SPSS Corp., Chicago, IL, USA). Results: A total of 228 farmers participated in the study and 8.3% (19/228)of the farmers reported a lifetime exposure to pesticides. Recurrent breathlessness (odds ratio [OR] = 4.28; 95% confidence interval [CI]: 1.65â10.86), chronic cough (OR = 2.96; 95% CI: 1.21â7.23), chronic sputum (OR = 2.64; 95% CI: 1.12â6.24) and nasal symptoms (OR = 2.96; 95% CI: 1.21â7.25) were independently associated with pesticide exposure. Mean PEFR was lower in farmers using pesticide (323 [217] L/min) when compared with those not using pesticide (467 [189] L/min) P < 0.01. All the 228 (100.0%) respondents in this study were aware of the adverse effect of pesticide and only 2 (10.5%) of those exposed used a respiratory protective device. Previous pesticide education was not significantly associated with lower occurrence of respiratory symptoms. Conclusion: The use of pesticide among crop farmers is associated with increased respiratory symptoms and airflow limitations. Our results support the need for continuing pesticide education and promotion of safe practices among the farmers as the majority of them do not use protective devices.

Modern farming relies on many chemicals such as fertilizers, pesticides and crop preservatives to produce and preserve an abundance of high-quality food. Among these chemical substances is the pesticide, which is a mixture of substances intended for preventing, destroying, repelling or mitigating the effect of any pest of plants and animals.[1] Agricultural pesticides may appear innocent and safe, but they are complex chemical compounds with very serious effects on humans and exposure over time can be harmful. Pesticide exposure can occur through four routes: Mouth, skin, inhalation into the lungs and the eyes.[1,2] Inhalation exposure to pesticide can occur while mixing granular and powder forms of pesticides, spraying of the solvent and during the burning of empty containers. Inhalation exposure provides the fastest route of exposure into the bloodstream.[1] The use of pesticide is associated with respiratory symptoms, asthma, lung cancer and other chronic respiratory diseases in children and adult. [2-6] In addition to the respiratory morbidity, it also causes spirometric abnormalities.[7] The improper storage, disposal and use of pesticides in agriculture have caused exposure and serious health problems in many developing countries.[8] Few data exist on the health effects of pesticide application among farmers in Nigeria. Therefore, we designed this study to determine the frequency of respiratory symptoms and its association with the use of agricultural pesticide among crop farmers in Ekiti State Southwestern, Nigeria.

This was a cross-sectional study carried out among farmers in three rural communities in Ijero local government in Ekiti state South Western Nigeria from June 2009 to August 2009.

The study was approved by the ethical committee of Federal Medical Center, Ido-Ekiti, Ekiti State, Nigeria and informed consents were obtained from the respondents.

The sample size was arrived at using the Cochran formula:[9] n = z2pq/d2. n = Sample size, p = is 50%. The q = (1 − p), Z = Standard normal deviation usually set at 1.96, which correspond to the 95% confidence interval (CI). d = Degree of accuracy desired usually set at 0.05. The calculated required sample size was 384. The total estimated population of crop farmers in the three communities was 340. However, since this sample size exceeds 5% of the population (340 × 0.05 = 17), Cochran’s correction formula was used to calculate the minimum sample size.

A convenient sampling of the crop farmers in the three rural communities was adopted. All the crop farmers who were willing to participate and met the inclusion criteria in the study were enrolled to the study.

Pre-tested structured questionnaire was prepared from the agricultural health study questionnaires.[10] It was translated into Yoruba language, which is the language spoken by the inhabitant of the study area and back translated into English by a linguistic expert to ensure accuracy and clarity. Interviewers were recruited from the community health assistants working in the area; they were given 1 day training on the method of questionnaire administration by the investigators. The questionnaire was used to obtain sociodemographic information, respiratory symptoms (cough, sputum expectoration, breathlessness, wheezing, chest tightness and nasal allergy), comorbidity, tobacco smoking and types of farming, farm produce and lifetime use and actual exposure to pesticide, awareness of harmful effect of pesticides, previous pesticide education and duration of farming. The questionnaire administration was followed by measurement of the peak flow rate using the Mini Wright peak flow meter on three occasions and the best of the three values was recorded.

Pesticide exposure: Are farmers who responded yes to the question; have you personally mixed pesticide or applied pesticide in the farms in your lifetime?

Chronic cough and sputum: Cough/sputum on most days of the week, during 3 or more months/year.

The data were analyzed using SPSS version 15 (SPSS Corp., Chicago, IL, USA). Descriptive analysis of the general characteristics of the study population was performed. Test of normality was performed by one sample Kolmogorov Smironov test for the obtained variables. Chi-square was used to determine the significance of specific variables. Student’s t-test was used to compare the mean of peak expiratory flow rate (PEFR) according to exposure to pesticide. For nonparametric variables, bivariate analysis was performed by Spearman’s correlation coefficient and those variables that have P < 0.10 were entered into multivariate logistic regression analysis. P values < 0.05 were considered to be statistically significant.

A total of 228 farmers of 238 selected were enrolled in the study and 3.5% (8/228) of them were females. The mean age of the farmers was 57.5 (9.0) years and the mean duration of farming was 29.9 (13.0) years. In this study 8.3% (19/228) of the crop farmers reported a lifetime exposure of pesticides. All the (228/228) farmers practiced subsistence farming and were aware of the toxic effects of pesticides on the health systems. A total of 63.2% (144/228) had previously received education on safe pesticide practices. Despite the fact that all the farmers that reported the exposure to pesticide had received education on safe pesticide practices, only 10.5%(2/19) used respiratory protective device. Other characteristics of the study population are in Table 1.

Table 2: Respiratory symptoms association with the use of pesticide use

All the 100.0%(228/228) respondents in this study were aware of the adverse effect of pesticide and only10.5%(2/19) of those exposed used a respiratory protective device. Further subgroup analysis showed that formal pesticide education was not significantly associated with lower occurrence of respiratory symptoms [Table 3]. The analysis of the use of protective device and the occurrence of symptoms could not be performed because of the very small size of the population that used the device.

Table 3: Impact of pesticide education on the occurrence of respiratory symptoms

The result of this study showed that the prevalence of chronic cough and expectoration of sputum in our study is higher than similar studies in Brazil, European and American farmers.[11-14] However, the nasal symptoms and wheezing reported in this study were less than what was reported in a similar study.[13]

The symptoms of chronic bronchitis (CB) which are chronic cough and expectoration in the study were higher than the symptoms of asthma. This finding is in contrast to another study where 12% was reported for asthma symptoms and 6.4-8.6% for symptoms of CB.[11] The disparity in respiratory symptoms in various studies may be due to the methodology adopted, survey instrument, studied population and extent of exposure to pesticides as well as the types of farming methods.

The mean of PEFR in farmers that were exposed to pesticides was lower than those with no history of pesticides use. This finding is similar to what was reported by Salameh et al. among pesticide factory workers in Lebanon.[7] All the respondents in this study were aware of the adverse effect of pesticide and this result is similar to studies by Ngowi, et al. in Tanzania[15] and Yassin et al. in the Gaza strip. In contrast to our study, a study in Egypt found low level of knowledge and high level of unsafe use of pesticides among farmers.[8] Our study did not explore the knowledge and attitudes concerning the use of pesticide in agricultural practice, which are required for interventional purposes. The result of this study may implicate the need for a study on knowledge and attitudes of farm workers concerning the use of pesticide in agricultural practice in Nigeria.

All the farmers that reported exposure to pesticide had previously received education on safe pesticide practices and despite the education only 10.5% used a respiratory protective device. This result was similar to a previous observation by Yassin et al.[16] in the Middle East Region. The reason for low utilization of protective devices may be attributed to the nonchalant attitude of the farmers and perhaps the additional cost of buying the pesticides protective devices.[16] Pesticide education provides pesticide applicators with the knowledge and ability to use pesticides safely and effectively. There is a need to enlighten the farmers on the adverse effect of pesticide and re-enforces the importance of pesticides protective devices in agricultural practice. The strength of this miniature study is that with little resources and data, we are able it test our hypothesis and unravel some unanticipated procedural problems which needed to be addressed before the main study.

The limitation of this study is the convenience sampling method employed in the study and the numbers of the crop farmers that used pesticide, which made further sub analysis of some of the variables impossible like association of symptoms with the use of protective device. We are also limited by the inability of the farmers to properly recall the commonly used pesticide in their farms and frequency of use per farming season needed for estimating the exposure gradients. The result of this study may implicate the need for a national or multiregional study clinico-laboratory study on health effects of agrochemicals among farm workers in Nigerian using plasma cholinesterase to establish levels of poisoning by organophosphate and/or carbamates and the outcome of which can be used to formulate an intervention program.

The use of pesticide among crop farmers is associated with increased respiratory symptoms and airflow limitations. Our results support the need for continuing pesticide education and promotion of safe practices among the farmers as the majority of them do not use protective devices.

We hereby express our gratitude to the head of Ipoti Community Health Center who facilitated our interaction with the farmers in the communities and provided the necessary support during the survey. 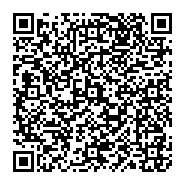