Introduction: Changes in body load and mechanics occur, shifting body’s center of gravity anteriorly leads to SI joint pain in pregnancy. The objective of the study is to determine the frequency of Sacroiliac joint pain during the three trimesters of pregnancy and the association of severity of sacroiliac pain with first, second and third trimesters of pregnancy. Methodology: This was a cross sectional analytical study conducted at Nur International University, Lahore. The data was collected from gynecological department of different hospitals and clinics in Lahore. An informed consent was obtained from the patients for inclusion in my study. For diagnosis Laslett’s criteria which includes series of 5 tests, was performed on the patients meeting inclusion criteria and pain was measured using Numeric Pain Rating Scale (NPRS). Pelvic Girdle Questionnaire (PGQ) was filled by the patients. Statistical Package for Social Sciences (SPSS 28.0) was used to analyze the data. Descriptive statistics include frequencies and percentages were extracted. Spearmen’s rho and Pearson’s correlation was used to test for association of severity of pain with three trimesters of pregnancy and quality of life respectively. Results: 45 subjects were included in the study, 64.44% suffered from SI joint pain. There is a weak correlation between severity of pain and trimester of pregnancy and there is a strong correlation between Numeric pain Rating Scale and Pelvic Girdle Questionnaire. Conclusion: Majority of the pregnant females have SI pain in the second trimester of pregnancy. The intensity of pain increases with the trimester of pregnancy and pelvic girdle questionnaire increased score which decreases the quality of life of pregnant females. In the light of these results pregnant females should seek physiotherapy along with their medical treatment to reduce SI pain.

The prevalence of SI joint pain in pregnant women is 20% in the West and the global prevalence spans from 24% to 90%. [1] Some of the literature suggests that the pain does not increase with progression of pregnancy whereas others have researched that it does increase with the course of pregnancy. [2] This study is conducted to provide a better understanding about pregnancy induced SI joint pain and to correlate the concept of pregnancy related back issues among healthcare providers. The objective of the study is to determine the frequency of Sacroiliac joint pain during the three trimesters of pregnancy and to find out the association of severity of sacroiliac pain with first, second and third trimesters of pregnancy and quality of life.

Sacroiliac joint dysfunction causes pain between the posterior iliac crest, gluteal folds and lower back which may radiated to posterior thigh. [3] The causes may be pregnancy, osteoarthritis, gout or gouty arthritis, traumatic injury, ankylosing spondylitis, metabolic factors, hormonal change, inadequate motor control and etc. [4] The SI pain usually starts with the pregnancy or within 3 weeks after delivery. [5]

In one of the previously done studies, it showed that during the first trimester of pregnancy, all the pregnant women with SI joint pain reported of mild pain only. In the second trimester, some of them (92.5%) reported that the pain was moderate and severe in others (7.5%) whereas in the third trimester, the intensity of pain was moderate in 44.7%. and severe in 55.3%. [8] This study shows a gradual increase in the pain intensity from the beginning to the end of the pregnancy. But in the literature, there are some contradictory reports against this matter.

In a research study, it was found that women with hypermobility are more at risk of developing SI joint pain in pregnancy and persistent pain in postpartum. [9] In some of the studies, previous pregnancies have also been identified as a risk factor for pelvic girdle pain in a subsequent pregnancy. [10] Ramachandra et al. observed that the pain in first trimester was lower as compared to the pain in second and third trimester of pregnancy. [11] This is because of ligamentous laxity and increase in the hormone levels. But the researcher also stated that the pain in second trimester was more as compared to the third trimester as women tend to take more rest in the third trimester of pregnancy.

Generalized primiparous or multiparous pregnant women in first, second or third trimester of pregnancy were included in inclusion criteria of this study. Pregnant women with a recent history/signs or symptoms of pelvis instability, inflammatory infection, trauma, neoplastic disease, degenerative or metabolic disease, low back pain which needs to be treated surgically were excluded.

This was a Cross sectional analytical study. The research followed the rules of declaration of Helsinki 1964. All the participants were fully informed about the research being conducted. The study was completed within six months after the approval of synopsis.

A thorough interview of the pregnant women was conducted to know about the pain, its course of nature, intensity, duration and how it affected their daily living activities. Pain was measured using Numeric Pain Rating Scale (NPRS) ranging between mild, moderate and severe. A series of tests of Laslett’s cluster such as FABER test, thigh thrust test, Gaenslen’s test or compression test, were performed on the participants. A result of three to five positive tests indicated that the participant had SI joint pain. With consent from each participant, Pelvic Girdle Questionnaire (PGQ) was filled by them for association of pain with severity in three trimesters of pregnancy and quality of life.

After the diagnosis, Numeric Pain Rating Scale (NPRS) was used to rate the pain intensity according to the perception of each participant. Pelvic Girdle Questionnaire (PGQ) was be filled by the participants for association of pain severity with the three trimesters of pregnancy and results were noted.

The data was entered and analyzed using standard SPSS software version-28 for statistical analysis. Descriptive statistics including frequencies and percentages were extracted for the continuous variables (SI pain, NPRS score, PGQ score). Mean ± standard deviation was used for SI pain in the three trimesters of pregnancy. For association of severity of sacroiliac joint pain with the trimester of pregnancy and quality of life, Spearman’s rho and Pearson’s correlation was used. Spearman’s rho showed the correlation between ordinal (trimester of pregnancy) and dichotomous (yes/no) variables of data. Pearson’s correlation was used to show correlation between two continuous variables (NPRS and PGQ scores). Bar charts were used for nominal (trimesters of pregnancy) and dichotomous (presence of SI pain) variables. Scatter plot was used to show the relationship between two continuous variables (NPRS and PGQ scores).

Numeric Pain Rating Scale (NPRS) is a tool used to measure pain in the form of score out of 10 where 0 means no pain and 10 means the worst pain. The number that describes the pain dimension in best way is picked by the patient. It has a reliability of 0.96 and 0.95. [13,14] Quality of life is defined as an individual's perception of their position in life in the context of the culture and value systems in which they live and in relation to their goals, expectations, standards and concerns. [15] It is calculated using Pelvic Girdle Questionnaire (PGQ) scoring. Pelvic girdle questionnaire is a condition specific measuring tool used in research and clinical practice to assess the symptoms and activity limitations in patient with posterior pelvic pain during pregnancy and postpartum. The questionnaire is self-reporting and consists of 20 activity items and 5 symptom items. It has a 4-point response scale from “Not at All” (0) being the lowest to “To a Large Extent” (3) being the highest.

Table 2: Shows the frequency of patients in each trimester of pregnancy.

The Table 3 demonstrates the frequency of SI joint pain in pregnancy. After assessing 29 out of 45 showed presence of SI pain. 3 out of 8 were diagnosed with SI pain in first trimester, 14 out of 19 had SI pain in second trimester which is the highest incidence and 12 out of 18 had SI pain third trimester of pregnancy which is explained in Table 4.

Table 4: Shows the number of patients with SI pain in each trimester of pregnancy.

The objective of the study was to determine the frequency of Sacroiliac joint pain during the three trimesters of pregnancy and to determine the association of severity of sacroiliac pain with first, second and third trimesters of pregnancy and quality of life. The women in this study were in first, second and third trimester of pregnancy ranging from 19 years to 49 years of age. It is recorded that in pregnancy 8 out 10 females suffer from SI joint pain. [16] Studies previously conducted suggest that 65% pregnant women reported of sacroiliac pain in pregnancy which correlates with our study. [17]

The Pelvic Girdle Questionnaire (PGQ) is a tool developed to calculate the quality of life and symptoms of SI pain in pregnancy. It includes the questions regarding daily activities and participation as well as bodily symptoms. [19] Research conducted in 2017, concluded that sacroiliac pain decreases physical health and affects the quality of life during pregnancy. Similarly in our study, the results from Pearson’s correlation between numeric pain rating scale and pelvic girdle questionnaire score highlight how the intensity of pain compromises the quality of life. As the SI pain score increases, the PGQS increases, leading to the decrease of quality of life. Wang et al. stated in their study that nearly 30% of pregnant females had to stop performing at least one daily activity due to SI pain and reported that pain also impaired the quality of daily life.

Due to the ongoing pandemic of corona virus, many pregnant females were reluctant to participate in the research which led to small sample size. There is lack of evidence and previous data due to a smaller number of studies conducted in Pakistan. The patients faced difficulty in interpretation of questions in the questionnaire due to language barrier. So, it is important to develop or translate the questionnaire in native languages of Pakistan.

It is recommended that the questionnaire should to be devised in native languages of Pakistan for better interpretation so that more studies can be conducted in Pakistan to support the result findings. The sample size should be large enough to show the significant relationship between numeric pain rating scale and pelvic girdle questionnaire. The study design of prospective cohort should be used in the future studies. 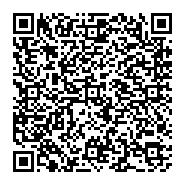