Seroprevalence of Human Immunodeficiency Virus,Hepatitis B, Hepatitis C, Syphilis and Co-infections among Antenatal Women in a Tertiary Institution in South-East Nigeria

Background: Sexually transmitted infections and human immunodeficiency virus (HIV)/AIDS are a major public health concern owing to both their prevalence and propensity to affect offspring through vertical transmission. Aim: The aim was to determine the seroprevalence of HIV, hepatitis B virus (HBV), hepatitis C virus (HCV), syphilis, and coâinfections among antenatal women in Enugu, SouthâEast Nigeria. Materials and Methods: A retrospective study of antenatal women at the University of Nigeria Teaching Hospital, Enugu, SouthâEast Nigeria from May 1, 2006 to April 30, 2008. A pretested data extraction form was used to obtain data on sociodemographic variables and screening test results from the antenatal records. The analysis was carried out with SPSS version 17 (Chicago, IL, USA). Results: A total of 1239 antenatal records was used for the study. The seroprevalence of HIV, HBV, HCV, and syphilis among the antenatal women were 12.4%(154/1239(, 3.4%(42/1239), 2.6%(32/1239), and 0.08%(1/1239), respectively. The HIV/HBV and HIV/HCV coâinfection prevalence rates were 0.24%(3/1239) and 0.14%(2/1239), respectively. There was no HBC and HCV coâinfection among both HIV positive and negative antenatal women. There was no statistically significant difference in HBV and HCV infection between the HIV positive and negative antenatal women. The only woman that was seropositive for syphilis was also positive to HIV. Conclusion: The seroprevalence of HIV, HBV, HCV, and syphilis is still a challenge in Enugu. Community health education is necessary to reduce the prevalence of this infection among the most productive and economically viable age bracket.

The largest epidemic facing mankind today is human immunodeficiency virus (HIV) infection.[1] Sub-Saharan Africa, the hardest hit region, is home to more than two-thirds (69%) of people living with HIV, but only about 12% of the world’s population.[2] Nigeria still has the largest HIV prevalence among pregnant women, ranging from as low as 1.6% in the west, to 8% in the South-South, 6.5% in the South-East, and 10% in the North-Central.[3]

Nigeria is also endemic for hepatitis B virus (HBV) infection, a virus that shares similar transmission routes with HIV.[4] Over 2 billion of the world’s population have been exposed to HBV and an estimated 387 million of these are now chronically infected with a rate of 10 million new carriers each year.[5] Approximately, 13% of the carriers will die from the consequences of the HBV infection with an overall annual mortality of about 1 million.[6] HBV is believed to be the main etiological factor in over 75% of chronic liver disease.[6]

Hepatitis C virus (HCV) is a single stranded ribonucleic acid virus in the Flaviviridae family and also a major cause of liver disease in the world.[7] The overall prevalence of HCV in sub-Saharan Africa is 3%.[7] There are several routes of transmission of HCV but direct percutaneous inoculation is the most efficient.[8] In South-Western Nigeria, a higher percentage of those with HCV infection had additional risk factors, especially scarification marks.[9]

Due to the similarity in the routes of transmission, many individuals have been exposed to HIV, HBV, HCV, and syphilis infection in various combinations. A study on blood donors showed that seroprevalence of HIV, HBV, HCV, and syphilis was 3.8%, 4.7%, 0.7%, and 1.3%, respectively.[12] Among those with co-infections, the most common combinations were HIV-syphilis 38% and HIV-HBV 34%.[12] These co-infections have been associated with reduced survival, drug related hepatotoxicity, drug resistance, cross-resistance, and sub-optimal response.[13,14]

There are worldwide variations in seroprevalence of these infections depending on geographic area, risk groups, and the type of exposure involved.[4]

This study aimed at estimating the seroprevalence of HIV, HBV, HCV, syphilis, and co-infections among antenatal women in Enugu, South-East Nigeria. The outcome will help in formulating intervention policies aimed at curtailing the spread of these infections.

This was a retrospective study, which covered the antenatal cases in the hospital between May 1, 2006 and April 30, 2008. A total of 2500 pregnant women attended the antenatal clinic within the study period. All the antenatal records with complete sociodemographic variables, HIV, HBV, HCV, and syphilis screening results were used for the study. All antenatal women whose mothers were HBV or HIV carriers were excluded. This study was approved by the Ethics Committee of the University of Nigeria Teaching Hospital (UNTH), Enugu. All the antenatal records were thoroughly reviewed and 1239 of them met the inclusion criteria while 1261 of them did not. A pretested data extraction form was used to obtain information on the sociodemographic status, parity, screening for HIV, hepatitis B surface antigen (HBsAg), syphilis and HCV from the antenatal records. The data were extracted by two trained assistants.

Statistical analysis was achieved using SPSS version 17 (Chicago, IL, USA). Chi-square analysis was used for discrete variables and P < 0.05 were considered as statistically significant. The results were presented in tables and simple percentages.

Table 4 revealed that the unemployed group of the antenatal women and the Artisans constitute the bulk of the women that were seropositive to HIV, HBV, and HCV anti-bodies.

The overall seroprevalence of HIV, 12.4% among antenatal women in Enugu recorded in this study is higher than the national HIV prevalence of 4.6% among pregnant women.[15] It is also higher when compared with the 7.8% reported in Minna and 8.6% in Anambra state, Nigeria.[16,17]

However, cross-study comparisons may be misleading because of the kits used for the assay of HBsAg. In our study, HBsAg was assayed by ELISA technique. The use of polymerase chain reaction (PCR) and antibodies sensitive to the hepatitis B core antigen have been shown to be more sensitive than the serological methods used in our study and PCR could detect about 10% of occult HBV infection.[24] In addition, the differences in the sociodemographic characteristics of the women should be taken into consideration in such comparisons.

The HCV antibody prevalence among the women in the study was 2.6%. This is in agreement with the overall seroprevalence of HCV in sub-Saharan Africa 3%.[7] It is however, higher than the result from Niger Delta, Nigeria 0.5%,[20] Iran 0.98%,[25] and Sudan <1%.[22] These variations may be related to the differences in the modes of transmission, which is influenced by socio-cultural practices and environmental factors.[20] In a tertiary medical center in South-West Nigeria where over 90.8% of the women had scarification marks, a seroprevalence of 9.2% was reported.[9] The differences have also been attributed to the choice of serological tests to determine HCV prevalence especially in developing countries where intercurrent infections contribute to false-positive enzyme immunoassay results.[26]

From this study, the seroprevalence of syphilis among antenatal attendees in Enugu is 0.08%. The seroprevalence is lower than 0.13% recorded by Ozumba et al.[27] in the same hospital two decades ago. It is lower than the national average for syphilis in pregnant Nigeria women, 0.3%.[28] However, a higher prevalence of 10% was reported among pregnant women in Osogbo, south western Nigeria.[29] Among antenatal women in Gondar, Ethiopia, the seroprevalence was 1%.[10] The variation is seroprevalence could be attributed to the differences in sexual practices and behavior. The seroprevalence of syphilis in Enugu is low and has declined over the past two decades. Similar observation was made in Ethiopia.[10] Early seeking of effective medical treatment for sexually transmitted infections among the largely literate urban antenatal women may explain the decline. The low prevalence has also been attributed to over-the-counter use of antibiotics for minor complaints and easy access to the drugs.[10]

The HIV and HBV co-infection prevalent rate was 0.24%. This is <0.7% reported in Anambra state.[17] In this study, 0.14% of the antenatal women were positive for HIV and HCV. The only woman that was positive for syphilis was also HIV positive and whether syphilis predisposed her to HIV and vice versa could not be ascertained. There was no HBV and HCV co-infection in both HIV positive and negative women and this supported the study in Rwanda and Uganda,[30] but varied with the results from Malekan City, Iran.[25] The difference in HBV and HCV infection in both HIV-positive and negative antenatal women in Enugu was not statistically significant. On the contrary a study conducted in Addis Ababa, Ethiopia showed that higher prevalence of HCV antibodies was seen among HIV positive compared to HIV negative antenatal attendees (2.9% vs. 0.87%, respectively).[31] The absence of HCV and HBV infections in both HIV negative and positive women may be due to the absence of such risk factors as injection drug use commonly seen in the West and scarification marks that are not common in our area of study.

The age group of 21-40 years had the predominant HIV, HBV, and HCV prevalence and this supported the studies in North-West Ethiopia.[10] This calls for concerted efforts aimed at preventive measures to reduce risky lifestyle practices among the most productive and economically viable age bracket.[13]

The unemployed group and artisans similarly had the highest seroprevalence of HIV, HBV and HCV. A similar observation in Anambra State, Nigeria[17] showed that the occupation of the antenatal women influenced the infection of the women. Low socioeconomic factor initiates multiple sexual partnership, unprotected sex, and predisposes to sexually transmitted infections.[32]

This study has a number of limitations. This is an institutional study conducted in an urban area and consisted of only pregnant women who were able to access hospital; for this reason, the seroprevalence reported here maybe a lower estimate of the true prevalence among pregnant women in Enugu. The rate might be higher in individuals who had a lower socioeconomic status such that they could not even reach a hospital from the rural area. No data is available for such risk factors as residence and place of birth. The size of the population is small, and it will not be possible to generalize the outcome of the study.

Human immunodeficiency virus, HBV, and HCV infection is a major global health problem necessitating a high priority in their prevention and control. There is a need for effective health education on behavioral change as well as the inclusion of HBV immunization for women of reproductive age to reduce the risk of spread to neonates through mother to child transmission. The low seroprevalence of syphilis observed in this study should not engender complacency in view of the deleterious effect of untreated maternal infection on pregnancy outcome and spread of HIV. 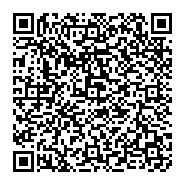