Adenovirus is one of the most common viruses causing upper respiratory tract infection (RTI) among young individuals. Although progression to lower RTI may occur in immunocompromised patients, this is uncommon in immunocompetent patients. Herein, we report a case of severe adenovirus pneumonitis complicated by adenovirus viremia in a young healthy patient.

A 26-year-old obese female presented to our hospital in April of 2013 with cough and shortness of breath of one week. It was associated with fever, nausea, vomiting, and diarrhea. Past medical history includes morbid obesity (BMI = 45 kg/m2) and major depressive disorder. She reported having contact with her cousin who experienced an upper RTI a prior week; otherwise she denied recent travel or illness. She received influenza vaccine. In the emergency department, her vitals included a temperature of 102 degree Fahrenheit and an oxygen saturation of 88% on room air. Lung exam revealed crackles and decreased breath sounds at the left lung base. Chest radiography (CXR) showed patchy infiltrates in the left middle and lower lobes with small left pleural effusion (Figure 1A). Computed tomography of the chest revealed bilateral nodular opacities with consolidation of the left lower lobe (Figure 1B). She was started on oral levofloxacin for left-sided community-acquired pneumonia (CAP). Nasal swab for influenza and respiratory syncytial virus polymerase chain reaction (PCR) were negative. Urine pneumococcal and legionella antigens were negative. Anti- HIV antibody test was negative. Total immunoglobulin level was normal. After admission, she continued to have persistent fever and worsening shortness of breath. A repeated CXR two days later revealed progression of left middle and lower lobe consolidations with increased left pleural effusion as well as pulmonary congestion and perihilar opacities. (Figure 1C). She was subsequently intubated due to acute respiratory distress syndrome. A bronchoscopy was performed and adenovirus was detected from bronchoalveolar larvage (BAL) fluid by qualitative PCR. Bacterial, fungal, and mycobacterial cultures from BAL fluid were all negative. Plasma adenovirus PCR was positive at 633,058 copies/mL. She was started on weekly intravenous cidofovir (5 mg/kg/dose) for presumed severe adenovirus pneumonitis. Her respiratory status and repeated CXR continued to improve after the second dose of (Figure 1D). Repeated plasma adenovirus PCR was negative. However, she had a prolonged intubation due to altered mental status, thus required -tracheostomy. After one month of hospitalization, she was transferred to a nursing home for rehabilitation with stable respiratory status. Figure 1: Chest radiography (CXR) on the day of admission showed patchy infiltrates in the left middle and lower lobes with small left pleural effusion (A). Computed tomography (CT) of the chest revealed bilateral nodular opacities with consolidation of the left lower lobe (B). A repeated CXR on hospital day 2 revealed progression of left middle and lower lobe consolidations with increased left pleural effusion as well as pulmonary congestion and perihilar opacities (C) followed by the improvement after anti-viral therapy (D).

Severe adenovirus pneumonitis can occur in immunocompromised patients such as hematopoietic stem cell transplant recipients and carries a mortality rate as high as 50 percent [1]. In contrast, only few cases in immunocompetent patients have been reported [2-4]. Our patient was diagnosed with adenovirus pneumonitis complicated with adenovirus viremia confirmed by PCR. Although immunologic evaluation did not reveal evidence of impaired immunity, she was likely immunosuppressed from morbid obesity. Obesity has been reported as one of the risk factors for severe influenza [5]. Cytokines released from adipocytes have been proposed as a potential mechanism [6]. Furthermore, certain adenovirus serotypes (such as 7,11) have been reported to cause severe respiratory disease in immunocompetent patients [7,8]. Although cidofovir has demonstrated anti-adenovirus activity in vitro, its clinical efficacy is limited to case reports in immunocompromised patients. We elected to treat our patient with cidofovir due to the severity of the disease. After two doses of cidofovir, her respiratory status continued to improve and plasma adenovirus was thereafter non-detected. Nephrotoxicity, a side effect of cidofovir, was not observed in our patient likely due to - aggressive hydration and probenecid co-administration. While early detection and supportive care are standard treatment, antiviral therapy should be considered in severe cases regardless of immunologic status.

With advances in molecular detection techniques, early diagnosis of the disease provides an opportunity to achieve a better outcome. Clinicians should be aware of this potential cause of severe CAP from common respiratory viral pathogens in young immunocompetent patients.

The authors declare no conflict of interest. 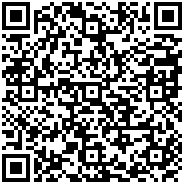