Stress and Minor Psychiatric Morbidity among Nigerian Executives: Some Socio-demographic and Biological Correlates

Background: Stress among “the executives” often arises from the demands of leadership and other social responsibilities. Aim: This study aims to determine factors associated with stress and minor psychiatric morbidities among Nigerian executives. Subjects and Methods: A total of 337 management cadre staff attending a health workshop, from various private organizations and belonging to different professional groups participated in this study. They completed the general health questionnaire-12 and a proforma for basic demographic and work data. The data was analyzed using SPSS for Windows, version 15 (Chicago IL, USA). The distribution of the outcome measure (GHQ Likert Score) was skewed and so data obtained was analyzed using nonâÂÂparametric tests. Results: Certain cardiovascular and biochemical assessments were also carried out. Low overall stress level and a psychiatric morbidity prevalence of 14.2% (48/337) were found. The female and the unmarried executives were more vulnerable to stress. Subject’s pulse rate and blood cholesterol level appeared to be valuable as stress indicators. Conclusion: The overall stress level is low, and it is associated with certain biological measures (pulse rate and blood cholesterol). The author suggested that the need for mental health services in the workplace for the entire workforce.

The executive is involved in decision-making and in the wielding of authority. It is widely acknowledged that functioning in this capacity both in relating to superiors and to subordinates may create stress in certain situations.[1] For example, a study in the United Kingdom (UK) revealed that managers in the National Health Service (NHS) were among the highly stressed group of workers as indicated by high level of minor psychiatric morbidity, much higher than the prevalence among other managers and administrators studied in another British survey.[2,3] The previous studies have shown that prolonged exposures to occupational stress have deleterious effects on both physical and psychological health.[4,5] Other work related risk factors such as an effort-reward imbalance, high psychological demands, low decision latitudes, job dissatisfaction are also predictors of psychological distress and have demonstrable associations with biological variables such as cellular immune functions and cardiovascular parameters.[6-8] These findings suggest that the occupational setting likely influences the emotional impact of leadership.

Stress is often mentioned as a common health problem of executives in Nigeria,[9,10] but there is a paucity of research data to back this up. Examining the correlates of perceived stress and psychiatric morbidity in this population will assist in planning appropriate interventions that may promote their mental health and increase their productivity.

This paper aimed to answer the following research questions;

1. How common are stress and minor psychiatric morbidities among Nigerian executives?

2. What are some socio-demographic and biological correlates of stress and minor psychiatric morbidities among Nigerian executives?

The study participants were managers and senior staff of private organizations including a private school located in Sagamu, Ogun State in South-western Nigeria, who responded to written requests for participation in a paid health workshop facilitated by one of the authors of this study. The workshop was essentially psychoeducative in nature and covered specific aspects of stress including its etiology, social and psychological management. Attendance at the workshop was voluntary and none of the participants were paid to participate in the study.

1. General health questionnaire (GHQ) – Participants completed the 12 items GHQ questionnaire, chosen because of its brevity and ease of completion. The Likert Scoring has been used to measure the level of stress and general psychological well-being among a range of occupational groups.[11-13] This use is supported by factor analytical studies showing its usefulness in two broad areas of mental health functioning, namely: The general state of psychic distress; and social dysfunction and coping ability.[14,15] The validity of the GHQ-12 has been reported to be comparable with that of the longer versions of the GHQ in the identification of minor psychiatric disorders[16] and was used for that purpose in the British Household Panel Survey (BHPS) and the NHS study.[2,3] A cut-off point of 2/3 has been suggested for community studies in this environment.[17]

Permission to carry out the study was obtained from the organizers of the workshop. Written informed consent was obtained from the participants at the beginning of the workshop’s stress-management sessions, after a detailed explanation of the study has been given to them. A total number of 337 executives drawn from various organizations and belonging to different professional groups were studied. They comprised 263 (78.0%) males and 74 (22.0%) females. The mean age (standard deviation [SD]) was 39.4 (8.5) years and length of time on their present job ranged from 2 to 384 months with a mean (SD) of 82.18 (72.1) months. 259 (79.0%) were married. The majority (67.7%) were in finance/banking sector while the teaching profession had the least number of participants (0.3%). Participants were mostly in the middle management cadre (39.5%) Table 1.

The data was analyzed using the statistical package for the social sciences for windows, version 15 (SPSS, Chicago, IL, USA). The distribution of the outcome measure (GHQ Likert Score) was skewed and so data obtained was analyzed using non-parametric tests. The distribution of the independent variables was presented using frequency tables. The relationship between the independent variables and GHQ Likert Score was examined using Mann-Whitney U test, Kruskal Wallis test and Spearman’s correlation. Level of significance was set at P < 0.05.

The conventional GHQ Scoring with 2/3 cut-off identified 14.2% (48/337) of the participants as having probable psychological distress while the Likert Score mean was 7.32 (4.29).

As shown in Table 1, significant associations were found between GHQ-12 Scores and demographic variables such as age, female gender and marital status. Married subjects had significantly lower mean GHQ Scores than the singles, the separated/divorced or the widowed. A stratified analysis revealed that the difference was only significant among the males (P = 0.01), but not among female subjects (P = 0.57).

This group of business executives, as a whole, with a mean GHQ-12 (Likert) Scores of 7.6 (SD = 4.1) can be categorized as low stressed, compared with the mean GHQ-12 Scores of highly stressed UK samples of mental health workers (mean [SD] =11.8 [5.0]),[13] and the female junior house officers (mean [SD] =13.8 [5.2]).[12] The psychiatric morbidity prevalence of 14.2% is also much lower than the 33.4% found among NHS managers in the UK,[3] but comparable with the rate of 17.2% among other British managers in the BHPS and 14.8% among Nigerian teachers.[2,18] This rate however is lower than the 23.9% prevalence found among Nigerians living in a rural community.[17] The low overall stress score and psychiatric morbidity may be related to a sample bias because attendance at such health workshop presupposes that participants came from organizations with a healthy workplace practice and environment, which might be protective against high job strain and psychiatric morbidity.[19,20]

The observed association between low level of stress and older age suggesting that stress coping skills might be acquired with advancing age probably through general life experience disappeared when other variables were controlled for in the regression analysis. This may imply that stress coping skills is independent of chronological age per se The finding that female managers were significantly more stressed than their male counterparts, agrees with what was reported among NHS managers.[3]

Being married was also shown to be protective against psychological distress among the male, but not the female executives studied. This supports earlier observation that although marriage may to some extent protect men from psychological distress, the opposite may be true of women. [21] A previous study has shown that among those employed in white collar jobs, women’s health is determined by interplay between conditions at work and household duties and they tend to have a higher frequency and severity of psychological symptoms when compared with men.[22] Working in a male dominated, competitive sector together with the challenge of work-family conflicts may have negatively impacted the psychological health of these female executives.[23,24]

The modest significant positive correlations between “level of stress” and certain biological measures (pulse rate and blood cholesterol) is a significant finding, which underscores the well-known cardiovascular effects of psychosocial stress at work.[8] The physiological response of autonomic arousal, which is beneficial for the flight or fight reaction during acute stress may become detrimental when one is exposed to chronic stress, increasing the likelihood of developing a cardiovascular disease. A recent systematic review and meta-analysis of prospective cohort studies demonstrated an average 50% excess risk for coronary heart disease among employees with work stress[25] and the reported role of stress in hypercholesterolemia both in humans and experimental animals.[26-28]

The limitations of this study include its cross-sectional nature, which precludes the generalizability of the findings. The convenience sampling technique and the heterogeneous nature of the study participants is also a limitation. In addition, possible confounders in the study participants, e.g., personality type, nature of the workplace environment etc., which may affect both stress perception and cardiovascular parameters were not ruled out in the study. The use of blood pressure, pulse rate and blood lipids as biological correlates of stress rather than standardized measures such as salivary cortisol etc., is also a limitation of this study. These limitations notwithstanding, the strength of this paper is its contributing to knowledge on a subject which has received very little or no research attention by previous authors in Nigeria.

The female, young and the unmarried executives were found to be more vulnerable to high level of stress in this study. This has implications for management and occupational mental health practices. These categories of senior workers (managers) need to be supported by their establishments and will benefit from regular stress management programs. The overall level of psychiatric morbidity of 14.2% among this group of executives is not unexpected and falls within the range expected in a community survey of well-individuals.

These findings further highlight the clinical relationship between physical and mental health and the need for occupational mental health programs in our business organizations for the entire workforce. We recommend that regular stress management workshops be organized for Nigerian executives and those in managerial positions, which may in turn promote their mental health and enhance productivity.

Our appreciation goes to Dr. M. O. Adeola the Executive Director of “Executive Health”: A health education and consultancy organization based in Sagamu, Ogun State, Nigeria, for creating the opportunity for this research among the participants of the monthly comprehensive health retreat, in which the author served as the mental health consultant. 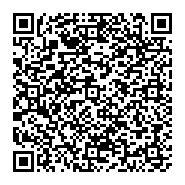