Objectives: To determine the prevalence, risk factors and common bacterial pathogens for surgical site infection (SSI), following cesarean section (CS). Materials and Methods: A retrospective case-control study of patients delivered by CS in Aminu Kano Teaching Hospital, Kano, Nigeria. The cases were the patients whose CS was complicated by SSI; they were matched by other patients delivered by CS who had had no SSI as controls. Hospital records of cases and controls were compared. Results: Four hundred and forty five hospital records were available for review, 44 (9.1%) had SSI. Statistically significant determinants of infection are: Long duration of labor before CS (P<0.001), Long operation time (P=0.009), heavy intraoperative blood loss and blood transfusion (P<0.001). Eleven (25%) of the cases had CS due to obstructed labor compared to 15.3% of controls. Staphylococcus aureus was isolated in 31.8% of the cases. Cephalosporins and quinolones were the most sensitive antibiotics. Conclusion: The incidence of SSI following CS in our unit was 9.1%. Most cases followed prolonged obstructed labor, with long operation time and heavy blood loss. Staphylococcus aureus sensitive to cephalosporins was the most frequently isolated pathogen. Strategies for preventing prolonged obstructed labor and appropriate antibiotic prophylaxis may prove effective.

Surgical site infection (SSI) complicates up to 8.9% cesarean sections (CSs).[1] Post-cesarean wound infection is a common cause of maternal morbidity and mortality. In Nigeria, hemorrhage and infection are the leading causes of maternal death after CS.[2,3] Furthermore, SSI results in prolonged period of hospitalization with direct cost and health implications.[4] Overwhelming genital sepsis following CS may lead to poor healing of the uterine scar and this has implication in women in Nigeria who often times would wish a vaginal delivery in subsequent pregnancy and/or might not have ready access to a repeat CS.[3]

The incidence of wound infection is associated with the duration of labor prior to the CS, prolonged period of rupture of membranes, postoperative anemia, skill of the surgeon, duration of operation and multiple vaginal examinations.[5,6] Emergency CS, booking status, internal fetal monitoring and maternal age were implicated by others.[7]

Staphylococcus aureus is the most commonly isolated bacteria in wound infections following CS.[8] This organism causes serious infections and has been shown to be resistant to commonly available, cheap antibiotics like the penicillins.[9] Other workers isolated more gram negative organisms like E. coli, Proteus mirabilis, Pseudomonas and Klebsiella in CS wound infections.[10] The variation in the spectrum of causative organisms means that prophylactic antibiotic though effective may fail when the wrong agent is used or used inappropriately.[9]

Present study reviewed 485 CS deliveries to determine the prevalence of SSI, the risk factors, the common bacterial pathogens and their antibiotic sensitivity.

The maternity records of all patients that delivered in Aminu Kano Teaching Hospital between 1st January 2001 and 31st December 2002 are reviewed. The hospital provides tertiary care services to Kano, Jigawa and Katsina states in Northern Nigeria. All patients that are delivered by CS were identified from the labor ward and theatre records; their case files were retrieved from the medical records department. They were grouped into two: Those whose wounds were infected and those whose were not infected. In this unit, fresh cesarean wounds are cleaned with iodine solution and covered with sterile gauze and sealed with adhesive tape. SSI was defined based on the CDC definition of nosocomial infection. Patients whose CSs wounds were infected are the cases while those who had no wound infection were the control group.

Cases and controls were reviewed in detail with respect to their sociodemographic characteristics, type of CS, indication, characteristics of the antecedent labor, duration of the labor, duration of rupture of membranes, number of vaginal examinations, duration of surgery, blood loss and postoperative hospital stay. All patients suspected of having wound infection had wound swab cultured in accordance with local practice where all suspected SSIs had swabs taken prior to commencement of antibiotics or as soon as the diagnosis is suspected. Where the culture was positive, an antibiotic sensitivity of the organism grown was carried out using standard microbiology techniques.

Data analysis was done using epi-info version 6. Means, standard deviation and tests of statistical significance were carried out as appropriate. P-values less than 0.05 were considered significant.

The indication for CS was obstructed labor/failure to progress in 86 (17.7%) of the patients, of these 13 (15.1%) had wound infection. Sixty seven (13.8%) patients had severe pre-eclampsia/eclampsia, while only 3 (4.5%) had SSI. The indication in 48 (9.9%) was abnormal lie/breech presentation. All but 11 (22.9%) presented in labor and had emergency CS. Seven (14.7%) of these patients had hand and/or cord prolapse. Eight (16.7%) patients in this group had wound infection. The infection rate in 24 (4.9%) with failed induction of labor was 20.4%. Of 18 patients with twin pregnancy, 5 presented with retained second twin having delivered the first twin elsewhere.

Antibiotic sensitivity shows the most commonly isolated gram positive bacteria to be sensitive to second and third generation cephalosporins (ceftriaxone - 64.3%, cefuroxime - 21.4%), quinolones (ofloxacin - 50%, ciprofloxacin - 21.4%), amoxicillin–clavulanate (50%) and microlides (azithromycin - 42.9%) and aminoglycosides in 14.3% of cases.

In this review, the prevalence of SSI following CS was 9.1%, which compared favorably with infection rate elsewhere.[1] The rate was however higher than 3.2% reported by others.[11] Recently, Ward et al. in a multi-center collaborative study of SSI following CS in the UK reported overall wound problem of 13.6% and SSI of 8.9%. This however, ranged between 2.9% and 17.9%.[12] These authors prospectively studied CS wound infection, including the use of post-discharge surveillance. We did not use post-discharge surveillance in our series but all patients who complain of wound problem in the post-discharge period and who were found to have infection were included. Although SSI rate of 9.1% in our patients is well within the range of 2.9% to 17.9% sited above, perhaps the prevalence of SSI in these patients is even higher as our cases are limited to those patients whose SSI was detected before discharge and those that came back because of the complications. This is opposed to other workers who used community midwives for purposes of post-discharge surveillance. In their review Graffiths et al. reported an incidence of 9.9%.[13] Nearly all our patients had antibiotic prophylaxis; variously with ampiclox, metronidazole and gentamicin. Antibiotic prophylaxis is recommended for contaminated and infected wounds.[14] Another reason may be the type of services we offer as a university teaching hospital. There is evidence that such services in themselves constitute a risk for SSI.[15]

Majority of our cases (93.1%) had primary CS, which is consistent with the findings of other workers,[2,9] who found patients undergoing primary CS to be at greater risk of infectious morbidity compared to repeat cesarean birth. This may well be the case as most repeat sections tend to be carried out by more experienced operators on a planned basis. However, type (emergency or elective) of CS was not a significant determinant of SSI in this series. Generally patients undergoing emergency CS are at higher risk of infections.[4,6,7] This is because of inadequate preparation time owing to maternal or fetal threat. Similar result was found by others.[16]

As reported by others, the mean duration of labor prior to CS was longer in the cases 10.18(6.8) h. as against 7.13(3.9) h in the controls.[11] Similarly, the skill of the surgeon here depicted by his level of experience just failed to achieve statistical significance, although the mean operating time significantly differed. Prolonged operating time[15] and poor surgical skills[16] are important determinants of SSI.

CSs complicated by SSI in this study were more likely to lose more blood intraoperatively, receive blood transfusion and have hematocrit <30%, on the third postoperative day, even though the preoperative hematocrit did not necessarily differ. This suggests that intraoperative bleeding may predispose to infectious morbidity, other workers had similar observations.[12] Not surprisingly therefore, our patients did not differ with respect to their booking status. Which factor is more likely to influence preoperative hematocrit? Duration of hospitalization was longer in the cases. Barbot et al.[11] showed evidence to this effect,[10] with direct cost implications.[4,5]

Obstructed labor, transverse/oblique lie with cord or hand prolapse, pre-labor rupture of membranes and failed induction of labor were the indications for CS in 25%, 16.1%, 11.3% and 11.3%, of the cases, respectively, compared with 15.3%, 2.7%, 0.4% and 4.3% of controls. Majority (83%) of obstructed labor, cord or hand prolapse were referred to our unit from outside clinics perhaps after some non-aseptic manipulations; clearly cord and hand prolapse may aid ascent of microbial pathogens from the lower genital tract to the upper genital tract.

Wound infection was confirmed by microbiological studies in 32 cases. Twenty-nine (90.6%) were positive cultures while 3 (9.4%) were sterile. S. aureus was isolated in 31.8% of the cultures. This bacteria was shown to be the predominant agent in post-cesarean wound infection.[15,17] Others[18] reported more infection with gram negative enteric bacilli, which together in this study accounted for 29.5% of the cultures. An unusual organism M. morganii, a gastrointestinal commensal was isolated in a patient. This patient had a burst abdomen with enterocutaneous fistula. She had three laparotomies and was discharged home after 44 days. Most of these organisms were sensitive to cephalosporins and quinolones as observed by other workers.[19]

Postoperative wound infection commonly complicates CS in our unit. This is mostly caused by S. aureus sensitive to cephalosporins and quinolones. Strategies for prevention of this morbidity in CS patient must target prolonged labor from unbooked emergencies, training of surgeons to improve their skills, reduce intraoperative blood loss and long operating time. Overall strategies that reduce CS rate will lower this morbidity and its sequelae. 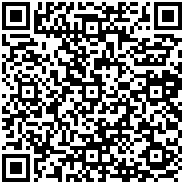