The Antidiabetic Potentials of the Methanolic Seed Extract of Buchhlozia Coriacea

Background: Diabetes mellitus has remained a significant contributor to morbidities and mortalities in our environment despite all efforts to curb the trend. Regrettably, conventional, orthodox hypoglycemic agents have remained unaffordable. Consequently the need for available and affordable alternatives cannot be overemphasized.

Objectives: To determine the effect of the methanolic seed extracts of Buchhlozia coriacea, on blood glucose levels in alloxan-induced diabetes mellitus.

Methods: Hyperglycemia was induced by the injection of 120 mg/kg intrapetoneally (i.p.) of alloxan monohydrate freshly dissolved in distilled water. Three doses (100, 250, and 500 mg/kg) per os, of the extracts were administered in the study. The activity was compared with reference standard drug, glibenclamide (2 mg/kg, p.o.) and negative control

. Results: Treatment of alloxan-induced diabetic mice with the crude extracts of B. coriacea seed brought down the raised blood glucose levels significantly (P = 0.043) in a dose-dependent manner.

Diabetes mellitus (DM) is one of the most prevalent chronic diseases in the world characterized by high blood levels of glucose due to absolute or relative deficiency of insulin in circulation. DM is a syndrome resulting from a variable interaction of hereditary and environmental factors, characterized by damaged β-cells of the pancreas and an increased risk of complications of vascular disease.[1]

Type 2 DM is by far the commonest form of the disease globally, with rapidly developing countries being at the forefront as far as this epidemic is concerned.[2,3] Type 1 DM is mainly treated with exogenous insulin and type 2 with synthetic oral hypoglycemic agents and/or insulin.[4]

Though different types of oral hypoglycemic agents are available along with insulin for the treatment of diabetes, there is an increasing demand by patients to use herbal drugs even when their biologically active compounds are unknown, because of their effectiveness, fewer side effects and relative low cost.[5] As a result, the search for more effective, safer and cheaper hypoglycemic agents has continued to be an important area of active research.

Buchhlozia coriacea (BC), locally known as ‘wonderful kola’ belonging to the family Capparaceae, locally known as ‘uke’ (Ibo), ‘uworo’ ‘(Yoruba)’, ‘owi’ (Edo),[6] is traditionally macerated in water or local gin as a cure for diabetes. The kola is also recommended in the treatment of migraine. The leaves and seed have been reported to have anti-helminthic activity [7] as well as antimicrobial properties.[8] an attempt has been made to investigate the blood glucose lowering activity of methanolic extract of seeds of B. coriacea on type 2 diabetes model to ascertain the folkloric claims of local healers.

Fresh seeds of BC were plucked from a tree in August, 2010 from Enugu-Ezike, Igbo-Eze North Local Government Area, Enugu State, Nigeria, and authenticated by Mr. A. O. Ozioko of the International Centre for Ethno medicine and Drug Development, Nsukka. A voucher specimen with number VPP/HB/063/2010 was deposited in the Department of Veterinary Physiology and Pharmacology, Michael Okpara University of Agriculture, Umudike herbarium. They were cut into small bits and dried in the shade, comminuted into coarse powder and stored in air-tight container until required. Eighty grams of powdered material was extracted with 950 ml of 80 % methanol in distilled water and stirred intermittently every 2 hrs for 48 hours at room temperature. The material was filtered using Whatman (No.-1) filter paper. The filtrates obtained were dried in an aerated oven set at 40oC. The yield of the methanol extract was determined. It was then stored in a refrigerator at 5oC until use.

Out bred Albino Wistar mice of both sexes weighing between 28 and 42 g were purchased from the Laboratory Animal Facility of the Department of Veterinary Physiology and Pharmacology, University of Nigeria, Nsukka, and served as experimental animals. They were housed in clean plastic cages, supplied clean drinking water, fed with standard commercial pelleted feed (Guniea Feed®, Nigeria) and acclimatized for 2 weeks before the experiment. Ethical conditions as stipulated by Ward and Elsea [9] in the conducts of experiments with life animals were adhered to strictly. The study protocol was approved by the University’s ethical committee.

Hyperglycemia was induced by a single intraperitoneal injection of 120 mg/kg body weight alloxan monohydrate (Sigma Chem. Co., St. Louis, MO, USA), freshly dissolved in distilled water immediately before use,[1,10,11] to overnight fasted (with water available) albino mice. After 8 days, animals with fasting blood glucose levels of above 110 mg/dl were considered diabetic [12,13] and divided into five groups of six animals each group as follows: group I served as negative control receiving the vehicle, distilled water (10 mL/kg, per os); groups II served as a positive control and received glibenclamide (2 mg/kg, per os). Groups III–IV received the test extract at 100 mg/kg, per os, 250 mg/kg, per os and 500 mg/kg, per os, respectively.

The animals were treated once and fasting blood glucose concentration was measured at 0, 1, 3 and 6 hr. Samples were collected by a snipcut at the tip of the tail under mild anesthesia and blood sugar level was measured with an auto analyser by using AccuCheck Advantage II glucose kit.

Data were expressed as mean ± SEM and subjected to one way analysis of variance (ANOVA) followed by Post-hoc LSD.

The methanol seed extracts of B. coriacea was milky white to brown in color. The yield was 8.4 % w/w.

Table 1 shows the result of the effect of the extract on the fasting blood glucose in mice.

Alloxan, a beta cytotoxin, destroys β-cells of pancreatic islets of Langerhans resulting in a decrease in endogenous insulin secretion and paves ways for the decreased utilisation of glucose by body tissues.[14] It results in elevation of blood glucose level, decreased protein content, increased levels of cholesterol and triglycerides.[15] Previous toxicity works with the seed of B. coriacea show that the plant is safe at the doses employed in the study.[7,8] It has also been demonstrated that the β-cells of islets of Langerhans begins to die at fasting blood glucose levels above 110 mg/dl or post-prandial levels >126 mg/dl.[12,13]. Experimental studies conducted in alloxan-induced diabetic mice reveal that orally administered methanolic extracts of Results obtained from the study provides scientific basis for the local use of B. coriacea in the management of diabetes mellitus, as there was significant reduction in the blood glucose levels over time. However, the active antidiabetic principles in the methanolic seed extracts of B. coriacea could not be isolated and identified. at the doses employed in the study produced significant fasting blood glucose lowering activity which was time dependent within the study period of 6 hours. The extracts compared favorably with the control drug, glibenclamide. Results indicate the presence of antidiabetes principles in B. coriacea methanolic seed extracts, which seems to confirm its traditional uses.

Although the study is a preliminary work, further pharmacologic investigations to determine the possible mechanism(s) of action, activities on cholesterol and triglycerides, as well as isolate its active principles, are encouraged, as B. coriacea seeds may serve a more affordable diabetes therapy in the tropics.

In conclusion, the result of this study seems to confirm the hypoglycemic activity of the methanolic extracts of the seed of B. coriacea. 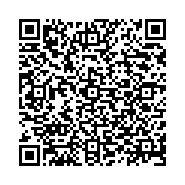