The Burden of Pulmonary Hypertension in Patients with Degenerative Mitral Valve Disease in Enugu South???East Nigeria: An Echocardiographic Based Study

Echocardiographic estimates of PA pressures are almost always made based on a measure of the tricuspid regurgitation jet velocity, which appears to be measurable in the overwhelming majority of, though not all, patients.[7] A number of studies have examined the sensitivity of echocardiography for the diagnosis of pulmonary hypertension, using cardiac catheterization as a gold standard. These studies have found sensitivities ranging from 79% to 100%.[8,9] Furthermore, most studies have found excellent correlations between PA pressure estimated by echocardiography and that measured by catheterization.[10] The most commonly used modality to estimate PA systolic pressure (PASP) is Doppler echocardiography. PASP can be determined by measuring the peak systolic pressure gradient from the right ventricle to the right atrium.[11] This is calculated using the modified Bernoulli equation: 4V2, where v is the maximum velocity of the tricuspid valve regurgitant jet, measured by continuous wave Doppler, added to the estimated right atrial pressure.[10]

Conquest Medical Imaging is a private medical diagnostic center in Enugu, South‑East Nigeria. The center offers radiologic and ultrasonographic diagnostic services. The echocardiographic records of 1390 patients done over a 4‑year period (July 2009– August 2013) were retrospectively reviewed. The examinations were done with a Logic 500 MD echocardiographic machine made by General Electric (GE: New York). The machine has the capability for two‑dimensional, M‑mode, and Doppler examinations, and is equipped with an inbuilt printer. The studies were done on outpatients who came to the private facility. Our institutional ethical committee approved the study patients with a clinical diagnosis of sleep apnea, chronic obstructive airway disease or obesity on their request form were excluded from the study. Hypertensive patients who were referred for echocardiographic examination were included in the study. Patients with rheumatic heart disease, congenital heart diseases were also excluded. All other patients with degenerative mitral valve disease were included in the study. Tricuspid valve regurgitant velocity above 250 cm/s defined pulmonary hypertension.[11] Data obtained included presence of degenerative mitral valve disease, pulmonary hypertension, age, and gender.

Data were presented as means (standard deviation) for continuous variables and as proportions for categorical variables. Comparison of continuous variables between groups (male and female) was made with independent Student’s t‑test. For discrete variables, distribution between groups was compared with Chi‑square test and Fisher’s exact test as appropriate (where an expected cell is <5). Age‑related differences in the prevalence of pulmonary hypertension among patients with mitral valve disease were evaluated using Chi‑square for trend. All statistical analyses were carried out using the Statistical Packages for Social Sciences (SPSS Inc., Chicago Illinois, USA) software version 16.0. Statistical tests with two‑tailed P < 0.05 were considered statistically significant.

On analysis for gender differences in affectation, pulmonary hypertension was significantly more prevalent in males than females [Table 2]. Related studies done elsewhere in the past have also made similar observations, and reported a higher prevalence rate in males than females.[12] The reason for this may not be readily obvious, but could also be explained by the significantly older male population in our study.

Our findings suggest that degenerative mitral valvular heart disease is a frequent etiology of pulmonary hypertension. This may result from multiple mechanisms such as an increase in pulmonary vascular resistance, pulmonary blood flow, or pulmonary venous pressure. The chronic rise in pulmonary arterial pressure often leads to right ventricular pressure overload and subsequent right ventricular failure. When present, pulmonary hypertension is a marker of poor outcome in valvular heart disease.

A major challenge in this study was addressing the confounding effects of cardiac co‑morbidities. We endeavored to exclude echocardiographic data from patients with a history of hemoglobinopathies, diabetes mellitus as well as echocardiographic records suggestive of concomitant cardiac morbidities. However, the limitation resulting from the failure to fully account for the contribution of all co‑morbidities likely to affect pulmonary pressure in this study is acknowledged.

Pulmonary hypertension is common in middle‑aged and elderly patients with degenerative mitral valve disease presenting for echocardiography in South‑East Nigeria, and it is more common in males than females. Assessment of the presence and severity of pulmonary hypertension has an important role in the risk stratification and therapeutic management of degenerative mitral valve disease. 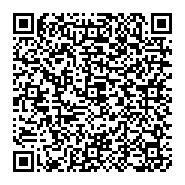