The Prevalence of Hepatitis B Virus among Blood Donors in Saudi Arabia: A Systematic Review

Hepatitis B virus is a hepatic infection that can threaten the life of the person infected by the virus [1] and can cause both acute and chronic disease.

Worldwide, it is estimated that around 300 million people are infected with the virus, ranking viral hepatitis as the second-most common viral disease after chickenpox. [2] HBV can cause chronic infection and increase the risk of cirrhosis and liver cancer. Hepatitis B virus is transmitted through contact with the person’s blood or other bodily fluids. Transmission of the virus can also occur through the re-use of needles and syringes in health care contexts or among injecting drug users.

The risk of transmitting HBV through transfusions of blood and blood products has been known since 1950. [3] Hepatitis B virus is also an important occupational hazard for health workers. Infection can occur during medical, surgical, dental, and tattoo operations, or through the use of razors and other objects contaminated with blood.

Hepatitis B virus can be prevented by receiving a safe and effective vaccine. The vaccine has an excellent record of safety and effectiveness.

Since 1982, over 1 billion doses of HBV vaccine have been used worldwide. In many countries where between 8%– 15% of children would become chronically infected with the HBV; vaccination has reduced the rate of chronic infection to less than 1% among immunized children. [3]

In Saudi Arabia, the mass immunization program against HBV launched in 1989 has resulted in a major drop in HBV prevalence. [2] However, according to the Saudi Ministry of Health, the number of people infected with HBV has been estimated to be close to one million, of whom 80,000 are infected with B virus.

Blood donation is an important, lifesaving intervention. [4] In Saudi blood banks, 47% of donated blood is from relatives, friends, or colleagues of patients, and voluntary donations account for 40% of donated blood. [2] A stringent screening policy has been implemented with the ultimate aim of achieving further reduction of blood-transmissible viral infections. [5] Blood donation involves the collection, testing, preparing, and storing of blood and blood components. Blood donors are divided into groups. A voluntary blood donor is a person who donates blood voluntarily and does not receive payment, and who donates only for an internal sense of altruism or community responsibility. A replacement donor, either a friend or family member of the recipient, is someone who donates blood to replace the blood that is used for a transfusion, to ensure a consistent supply.

Multiple researchers have attempted to quantify HBV infection among blood donors. All of these studies have checked either infection or markers of infection. To our knowledge, fewer (if any) studies have documented the range of prevalence of this important infection among blood donors, and we found no review article addressing this in the literature. This study is aimed at assessing the prevalence of HBV infection among blood donors in Saudi Arabia by reviewing the existing literature on the subject. Prevalence will be compared among regions in Saudi Arabia and also worldwide. Recommendations will be made based on the findings. It is hoped that the results will be useful to policymakers in further reduction of HBV in blood transfusion, which will lead to a reduction of the infection in the general population.

Hepatitis B virus was once considered hyper-endemic in the Kingdom of Saudi Arabia (KSA), where the infection was acquired mainly through horizontal transmission early in life, and less commonly by vertical transmission similar to what is observed in other HBV-endemic countries. [7] From a historical perspective, the first large-scale community-based epidemiological study conducted on Saudi children showed a HBV Surface Antigen (HBsAg) seroprevalence of approximately 7% and a>70% prevalence of at least one HBV marker. [6,7]

The KSA is a sovereign Arab state in Western Asia constituting the bulk of the Arabian Peninsula. Saudi Arabia is geographically the fifth-largest state in Asia and the second-largest state in the Arab world after Algeria.[9]

English language, cross-sectional, retrospective studies of papers published from 2000 up to 2017 were included. We searched for articles that assessed the prevalence of HBV among blood donors in Saudi Arabia and in the general population. No age restriction was imposed. The studies must have reported comprehensive scientific research; addressed screening blood donors for HBV among the Saudi population; and be in the English Language. We also included in this systematic review studies performed in the blood donors, which included HBsAg positive individuals diagnosed through blood tests, such as Enzyme-Linked Immunosorbent Assay (ELISA) or Polymerase Chain Reaction (PCR). Articles that do not meet these inclusion criteria were excluded.

Data extraction forms gathered the following data from each article: title, author names, type of report, electronic database where the article was archived, subjects’ demographic information (mean age, age ranges, and sex), details of the study methodology including the location and duration of the study, sampling methods, sample size, exclusion criteria, mode of hepatitis detection (serology and genetic), and type/ name of diagnostic kits used], and the prevalence of HBV reported. We included studies published in peer-reviewed journals between 1st January 2000 and 31st December 2017, which reported prevalence of HBV in a sample population in Saudi Arabia.

Study quality was checked using the critical appraisal of a cross-sectional tool. [10] In this tool, there are 12 criteria. These were converted to 12 points so that an article that has 9–12 points is considered A, those with 5–8 points are considered B, and those with 1–4 is considered C (A=9– 12, B=5–8; C=1–4). Each study was assigned a unique number for identification purposes.

Figure 1 shows the search results by inclusion and exclusion of articles. When the search term “HBV infection in Saudi Arabia” was used, we identified 2114 articles. From these, 665 articles included blood donor’s information. Of these, 245 articles were published within 2000–2017. From these, we excluded 94 articles conducted in other countries (e.g., Pakistan, Qatar, Malaysia, and Egypt). One-hundred-twentysix articles addressing other diseases (e.g., hepatitis C, A, and G, and renal transplantation) were excluded. Ultimately, ten articles reporting the prevalence of HBV among blood donors were included. The reported overall prevalence among blood donors is given in Table 1. All included studies were pooled for systematic review, and the prevalence of HBV infection ranged from 0.33% to 3.8% among blood donors. 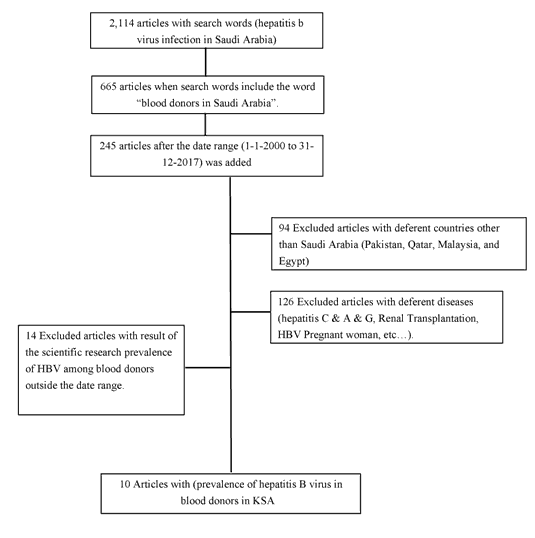 Figure 1:Flow diagram of inclusion and exclusion of literature articles.

Table 1: Prevalence of HBV among blood donors according to the year of publication, region, and endemicity.

In our review of the literature, we found that the reported prevalence of HBV among blood donors was 0.33%–3.8%, while HBV prevalence in the general population was 7%– 10%. [11] The difference is perhaps related to the fact that blood donors are usually healthy members of the population. The KSA, was once considered hyper-endemic, where the infection was acquired mainly through horizontal transmission early in life, and less commonly by vertical transmission, similar to what is observed in other HBVendemic countries. [12,13] It seems likely that social, economic, education and psychological factors affect prevalence, which has a role in determining access to vaccination.

The first large-scale, community-based epidemiological study conducted on Saudi children showed a HBV surface antigen (HBsAg) seroprevalence of approximately 7% and a>70% prevalence of at least one HBV marker. [13,14] Universal vaccination programs in KSA, which began as of October 2007, enabled almost all Saudis aged 24 years or younger to be vaccinated against HBV. [15] This exercise would be expected to lower the prevalence of HBV infection.

Indeed, according to two studies published in 1998, a prevalence of HBsAg positivity was 4%–5.2% among blood donors in Saudi Arabia. [16,17]

Given the introduction of immunization in Saudi Arabia 27 years ago, it is surprising that the prevalence rate continues to increase. Perhaps social, economic, education, and psychological conditions affect prevalence, as they have a role in access to vaccination.

The geographical distribution of the endemicity of HBV in a population can be described by the prevalence of HBsAg, an HBV-specific component found in the blood (and other body fluids) in both acute and chronic stages of the infection. HBV is found worldwide, but with differing levels of endemicity. The majority of the world’s population lives in countries where the prevalence of HBsAg in the general population is high (≥ 8%) or intermediate (2% ± 7%) (endemicity is considered low when the prevalence is <2%). [18] This is also reflected in our study, where six of the ten regions had low endemicity. The remaining four regions have intermediate prevalence.

In Egypt, the prevalence of HBV among blood donors was 4.3%. Hepatitis B virus is less prevalent in Saudi Arabia than in Egypt because of the better health environment in KSA. Karbala in Iraq is the closest relative (3.5%) [20] to the logic of Jazan in Saudi Arabia, perhaps that it is similar to the decline in immunization. Perhaps the spread will continue to increase in the coming years due to a shortage of vaccinations and proof of the high prevalence.

Here we found that, in KSA, the HBV prevalence among blood donors is highest in the south and the lowest in the west, followed by the central region. This might be because, in some parts of the country, many children are born at home and are not totally immunized. As observed in the current study, the prevalence of positive donors for HBV was very low (0.35%) in blood donors in Taif City based on reviewing available records of the blood bank of multiple Taif hospitals for the years 2015 and 2016. [21] In our opinion, the decline in percentage of positive donors in Taif city is likely due to the greater awareness of hepatitis immunization in the city. The prevalence of HBsAg was 100 (94.34%) of positive donors and 0.33% of all donors. [21]

The relatively high prevalence of HBV in Al-Baha might be because the immunization program did not cover those people now more than 30 years old (vaccination at birth was started in 1989).

Perhaps there is greater awareness in the central and western regions relative to the rest of the kingdom because immunization and health promotion activities are more frequent the center and west, so that those regions are least affected by HBV infection.

Our study suggests that in Saudi Arabia, the prevalence of HBV among blood donors is not higher than the prevalence in the general population. This underscores the need for continued universal vaccination for HBV of all children and high-risk adults. The development of policies to prevent mother-to-child transmission should also be considered. Our work is useful for planning interim national control strategies in KSA to combat HBV infection, as well as providing a robust basis for ultimately organizing HBV national prevalence surveys and control measures.

Some potentially useful articles could not be accessed. Also, few studies addressing HBV prevalence in KSA were found. We, therefore, wish to include in our recommendations that more studies should be done to evaluate the prevalence among the blood donors and in the general population in the future. 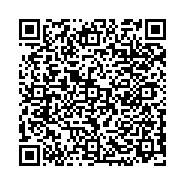