Twin Tooth on Either Side: A Case Report of Bilateral Gemination

Gemination is an anomaly caused by a single tooth germ that attempted to divide during its development, resulting in a bifid crown. They are found more frequently in the primary than in the permanent dentition unilaterally, but bilateral gemination is very rare. It is caused by complex interactions among a variety of genetic and environmental factors. This developmental anomaly may cause clinical problems including esthetic impairment, periodontal problems, caries, and tooth crowding. Here, we report a unique case of bilateral gemination of permanent maxillary central incisors.

Tooth gemination is defined as single enlarged tooth or joined tooth wherein the tooth count is normal when the anomalous tooth is counted as one. It is an attempt of a single tooth bud to divide. A tooth with a bifid crown clinically gives an appearance of double teeth with a common root canal or rarely has separate canals. Gemination and fusion are clinically appears similar, and they can be differentiated by assessing the number of teeth in the dentition.[1-4] Since the patient was not concerned about the esthetic problems due to macrodontia, only composite restoration in relation to the right maxillary first molar was done.

A disorder of growth or development in the anatomical structures that results in anything different from normal is called anomaly.[6] An attempt of the division of a developing tooth bud resulting in an incomplete formation of two teeth is called as gemination. Its crown shows a low deep groove from incisal to gingival third. Radiographically, there is only one root and usually only one root canal. In gemination, a normal number of teeth are maintained. This anomaly has a large bifid crown, which usually found as an isolated trait.[7] Complete Case history, clinical examination, and radiographic investigation can provide the information required for the diagnosis of such abnormalities.[8] Our case also shows the above clinical and radiographical features. The palatal view of clinical image should have been taken, but this was not done.

Other terminologies used to describe gemination are double teeth, double formations, joined teeth, fused teeth, or dental twinning.[9] The etiology of geminated teeth remains unknown, but nutritional deficiency, endocrine influences, and infectious/ inflammatory processes, excessive ingestion of medicines, hereditary or congenital diseases, and local traumas and by ionizing radiation is also considered.[4,5] Gemination is most commonly seen in maxillary primary incisors but is rare in permanent dentition.[7] The teeth involved in our case were permanent maxillary central incisors.

The clinical problems, particularly if the anterior teeth are involved, vary from tooth malalignment, spacing problems, arch asymmetry, esthetic problems, and periodontal involvement and impeded the eruption of the adjacent tooth.[7] Presence of deep groove in some cases of gemination makes them susceptible to caries and periodontal diseases.[10,11] If these defects are very deep and extend to gingival third, the chances of bacterial plaque accumulation in this area are high. Strict oral hygiene practice is advised to maintain periodontal health.[5] In our patient, the anomaly caused decrease in maxillary arch space, resulting in palatally erupted maxillary lateral incisors. Despite a shallow buccal groove being present, no serious periodontal disease was evident.

In case of permanent dentition, treatment of choice will be determined by the patients need. The endodontic treatment followed by surgical division of crown has also reported. In some cases, extraction with prosthetic replacement is advised and also reducing tooth structure mesiodistally and placing a composite restoration to give the tooth a normal appearance.[12] Our patient was not concerned about the esthetic problems due to macrodontia; therefore, other restoration was carried out.

The dental gemination is a morphological alteration that sometimes is confused with fusion but confirmed by thorough clinical examination and radiographic investigation. Bilateral gemination is not a usual condition, but it is one of the important dental anomalies. Recognizing the condition will help in planning the appropriate treatment. A geminated maxillary central incisor requires complex multidisciplinary treatment to preserve its health and restore esthetics. 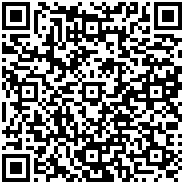