Utility of Bacillary Index in Slit Skin Smears in Correlation with Clinical and Histopathological Alterations in Hansen???s Disease: An Attempt to Revive a Simple Useful Procedure

Leprosy, a relatively common chronic contagious disease having diverse modes of clinical presentation, can mimic a variety of unrelated diseases. For proper and adequate treatment, the diagnosis must be made accurately with subtyping which should be done with the help of bacillary index, histopathological features, and clinical correlation. This is extremely important in patient care as paucibacillary and multibacillary types have different modes of treatment. Our aim is to categorize leprosy into various types based on bacillary index, morphological findings both in slit skin smears, and biopsy along with clinical correlation

Leprosy is one of the leading causes of physical disabilities, contributing to intense social stigma resulting in human discrimination. This chronic infectious disease caused by Mycobacterium leprae not only affects skin and peripheral nerves but also involves muscles, eyes, bones, testis, and internal organs.[1]

At one end of the spectrum is polar tuberculoid leprosy (TT) which manifests with one or a few lesions with a paucity of organisms in them. At the other end is polar lepromatous leprosy (LL) in which numerous lesions with myriad bacilli are seen due to the absence of cellular immune response. In between these poles are borderline tuberculoid (BT), borderline-LL (BL), and mid-borderline (BB).

The data of all leprosy skin lesions recorded in the Department of Pathology during January 2011 to July 2014 were taken for the study. Skin biopsies and slit skin smears were taken by a dermatologist in the outpatient department.

Slit skin smears had been taken from anyone with skin lesions which were considered as possibly due to multibacillary leprosy. Two smears were usually taken from the earlobes and two from the lesion(s) and examined.

Slit skin smears were stained in the Dermatology Department and skin biopsies were processed, sectioned, and stained with hematoxylin and eosin (H and E) in the Pathology Department. Acid-fast bacilli (AFB) (modified Fite-Faraco stain) was done simultaneously for all cases and classified as multibacillary and paucibacillary both in slit skin smears and histopathology [Figures 1 and 2]. Ethical approval was obtained for the manuscript from the Institutional Ethics Committee.

Thirty cases were taken where slit skin smears were done. Nine of these were LL type, 8 BB type, 6 BT type, 4 TT type, 2 BL type, and one case of histoid type.

Regarding sex incidence, patients’ age ranged from 9 to 80 years. Twenty three patients were between second and fifth decade. There were 26 males and 4 females with male-female ratio, i.e., 6.5:1.

Among the thirty patients, only two cases were negative for slit skin smear and had bacilli detected in skin biopsies. Both were paucibacillary type [Table 1].

The correlation between slit skin smears and histopathology was done [Table 2]. TT, BT, and BB types did not correlate well and percentage of diagnosis was the lowest for tuberculoid type (0%), followed by BT (66.6%) and BB (62.5%) types.

AFB positivity was seen in 22 cases with all nine cases of LL showing positivity (100%).

Leprosy is a slowly progressive infection caused by M. leprae, affecting the skin and peripheral nerves. Histopathological examination of skin lesions is the gold standard for accurate diagnosis.[1,2] However, our aim is to revive the age-old practice of slit skin smears, which is done in the outpatient department itself and can be correlated with the histopathological diagnosis. This was found to be extremely useful in our study, especially in BL and HL types. The small sample of our study is because slit skin smears are rarely being done now, and hence, our aim is to revive this diagnostic method.

Generally, leprosy is believed to be more common in males.[5,6] The present study also showed concurrence with the ratio of 5:1 indicating the same.

This was also observed in the studies by Sehgal et al.[5] and Murthy.[6] Male predominance may be because of many factors such as industrialization, urbanization, and more opportunities for contact in males.

In the present study, bacillary index was highest in HL followed by LL and low in BT. Jopling and McDougall [1] also observed that the bacilli are scanty or absent in BT, always present in BB, and numerous in BL, LL, and HL. The morphological index is better identified and appreciated in slit skin smears.

Correlation of AFB staining (bacillary index and morphological index) with H and E staining was 100% in HL, LL, and BL.

On histopathological examination, in most of the biopsies (56.6%), epidermis was atrophic and other epidermal changes were minimal.

Borderline group constituted the major spectrum (53.3%), similar to the findings of other authors such as Murthy,[6] Verma,[8] Shenoi et al.,[9] and Kumar et al.[10] Immunological instability in these borderline cases makes them move in either direction along the borderline spectrum. With treatment, they move toward tuberculoid pole (upgrading), and without treatment or lowered immune status, they move toward lepromatous pole (downgrading).

Both paucibacillary and multibacillary types of leprosy were followed up and showed good response to chemotherapy.

For accurate diagnosis and treatment, correlation of clinical, cytological, and histopathological features along with bacillary index for treatment response appears to be more useful than considering any of single parameter. Correlation between slit skin smears and histopathology was excellent in BL and HL types of leprosy and good with LL type. Hence, slit skin smear study would be useful when these types are considered clinically. 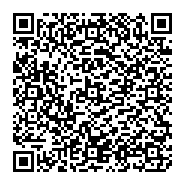