Background: The burden of avoidable blindness in Nigeria and in Sub-Saharan Africa is huge. The socioeconomic implications in the face of the present economic crisis cannot be overlooked. Recent estimates in Sub-Saharan Africa showed that 21.4 million people are visually impaired with 4.8 million of these blind. Approximately 80% of these are preventable or curable through the delivery of cost-effective eye care services. Aim: This study aims to determine the burden of visual impairment and blindness in Imo State with a view to make recommendations to the Ministry of Health for effective intervention and distribution of the available resources using the vision 2020 targets. Subjects and Method: This was a retrospective review of data generated during the free eye screening organized in 5 communities in Imo State, Nigeria by Federal Medical Centre, Owerri, Imo State, Nigeria. Results: Two hundred and fifty respondents with a male to female ratio of 1: 1.36 participated in the free eye screening outreach. The 41-60 years age group was highly represented at 42.8% (107/250). Approximately 39% (98/250) were visually impaired and 6.4% (16/250) were blind. In descending order, the 3 most common causes of visual impairment and blindness were cataract, glaucoma and uncorrected refractive error. Living in the rural area was significantly associated with higher degrees of visual impairment and blindness. Conclusion: The prevalence of visual impairment and blindness in Imo State is significant and the most common causes are avoidable and treatable. The Health authorities in collaboration with Eye Care personnel have a lot to do to eliminate avoidable blindness.

To eliminate avoidable blindness, the Vision 2020 initiative targets four ophthalmic surgeons to a million population [1] supported by three to five mid-level personnel including ophthalmic nurses and ophthalmic clinical officers at an estimate of at least one worker to a typical district population of 100,000.[2] The latter and other allied eye health cadres are to provide the bulk of eye care in most rural and remote areas and refer appropriately.[3,4] This is in a bid to provide eye care services to all and sundry and reduce the burden of avoidable blindness and its attendant consequences However, in a recent estimate of the burden of visual impairment in 48 countries in sub-Saharan Africa for 2010;21.4 million people were reported visually impaired with 4.8 million of these blind.[5] Globally, 191 million people were estimated to be moderately or severely visually impaired also in 2010.[6] Of these, approximately 80% are thought to be preventable or curable through the delivery of cost-effective eye care services.[6]

Uncorrected refractive errors and cataract, the leading causes of blindness and visual impairment [8] are most commonly found in rural, often remote, underdeveloped areas.[9] Unfortunately, access to eye care services is limited, especially in rural areas and amongst the urban poor,[7] due to inadequacy of trained personnel or due to the fact that eye care practitioners are usually concentrated in the urban area.[10.11] Where available, poor uptake of services in spite of deterioration of vision were due to personal, economic and social challenges.[12]

Visual impairment and blindness due to ocular diseases is a significant public health problem. Most cases of blindness can be prevented, treated and or corrected with the use of spectacles. [10,13] Unfortunately, the available resources are insufficient to meet the demands for eye care.

In addition, the assessment of causes of visual impairment, their pattern, and the effect of any intervention can be determined when repeat surveys are carried out within the same population. This study took place after the initiation of Vision 2020 and the National Prevalence of blindness study in Nigeria.

It aims at determining the present burden of visual impairment and blindness in Imo state, Nigeria. This is with a view to make recommendations to the State ministry of Health for a wider assessment of the burden of ocular morbidity in the state in order to plan more effective intervention and distribution of the available resources in the state using the vision 2020 targets.

This study was carried out in 5 communities in Imo State namely Owerri, Ehime Mbano, Ngor-Okpala, Ezinihitte Mbaise, and Izombe. Imo State is one of the 5 states in the south-eastern part of Nigeria. It has a population of over 4.8 million from the 2006 census and the population density varies from 230-1400 people per square kilometer. Owerri is an urban area while the other communities are rural.

This was a retrospective review of data collected from respondents who attended the free eye screening organized in each of the communities by the Federal Medical Centre Owerri, Imo state in 2012.

Entry into the community

Permission to carry out the eye screening exercise in the communities was obtained from the traditional rulers and elders. During this visit, the date and sites for the proposed outreach was decided on. Information on the dates and purpose of the eye screening was communicated to the villagers through the village town criers and announcement in churches, market, and town hall meetings at least a week prior to the visit. The outreach was carried out over 4 weeks (October to November) in 2012.

Information was collected on the bio data of the participants, visual acuity, and types of ocular disorders

The unaided and aided visual acuity of the participants was assessed using a Snellen’s visual acuity chart (literate and illiterate). The anterior and posterior segment examination was carried out with a pen torch and direct ophthalmoscope respectively. Gutt tropicamide was used for pupil dilatation in participants where necessary.

Data generated were analysed with SPSS version 20 (2012. Chicago IL, USA) and presented in Tables 1 to 4 and Figure 1 and 2. Chi square was used to compare variables. A p-value of <0.05 was considered significant. 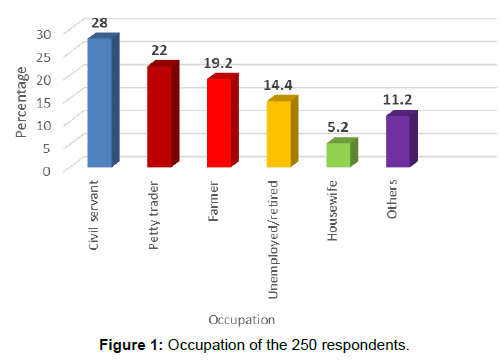 Figure 1: Occupation of the 250 respondents. 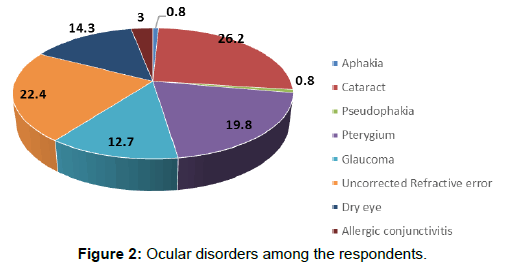 Figure 2: Ocular disorders among the respondents

Table 1: Age group of the Respondents.

Table 2: Presenting Visual Acuity in the Better eye of the Respondents.

Table 3: Most common Causes of Visual Impairment among the Respondents.

This study was approved by the Ethics Committee of Federal Medical Centre, Owerri, Imo State, Nigeria.

Participants with treatable medical ocular conditions were given the requisite treatment while those requiring surgical intervention were referred to the Federal Medical Centre, Owerri were their surgeries were carried out at no extra cost to them.

Cataract was the commonest cause of mild, moderate, severe visual impairment and blindness.

The gender and occupation of the respondents were also not positively associated with visual impairment and blindness at P=0.12 and P=0.16 respectively.

Living in the rural area was significantly associated with a higher degree of visual impairment and blindness than living in the urban area at P<0.01.

There were more females than males with a female to male ratio of 1.36: 1. Majority (42.8%) of the respondents were in the 41-60 years age group followed by the 61-80 years age group (28.4%). This is not surprising as age related ocular disorders begin to manifest in the 5th decade. Similar findings were reported in other studies carried out in other parts of the country and Africa.[14-16]

Seventy (28%) respondents were civil servants who work for the government (their cadre were however not determined), 55(22%) were traders while 48 (19.2%) were farmers.

Blindness was noted in 6.4% of the respondents similar to a Benin City study in Nigeria(7.5%) [18] and 4.63% of adults 40 years and above in SE Nigeria but higher than the 0.78% for all age groups in Nigeria.[7] The study in Benin City was a hospital based study. This may account for it slightly higher value than the present study. Other studies reported lower values 1.22%,[17] 2.2% in Ogun State[19] 0.9% in Anambra state,[20] and 0.6% in Kaduna states.[21] Higher values were noted in other studies.[15] The high values in this study and in Benin City and the lower values in the SW zone corroborate the results of the National study [7] that reported high blindness prevalence in the SE and South zones and lower values in the SW zone of Nigeria.[7] Higher values were recorded in hospital based studies. This is not surprising as only those who have ocular ailments will present in the clinic. The lower value in Anambra State also in SE, Nigeria may be attributed to the fact that the study was limited to only one local Government Area unlike the present study. In addition, the Anambra State study was done over 20 years ago.

Cataract was also the most common cause of all categories of visual impairment and half of all the cases of blindness noted in this study were due to cataract as in other studies.[17] Cataract is still the leading cause of blindness in the middle and low income countries.[6]

Contrary to our study, Age related macular degeneration (ARMD) is the leading cause of blindness and low vision in high income countries.[26,27] The causes of visual impairment and blindness noted in our study as in most studies in developing countries are avoidable. This calls for a concerted effort by the Eye Care givers, governmental and non-governmental organizations to reduce the burden of avoidable/treatable causes of visual impairment and blindness in Nigeria.

Rural dwellers significantly had higher levels of moderate visual impairment, severe visual impairment and blindness than the urban dwellers in this study. Urbanization associated with higher socioeconomic class, affluence, literacy is associated with a decline in the preventable causes of blindness such as cataract and corneal opacity with an increase in the causes such as ARMD and diabetic retinopathy.[27]

The prevalence of visual impairment (39.2%) and blindness (6.4%) in this study are significant. In addition, the most common causes are avoidable and treatable. The fact that the causes of visual impairment and blindness in Imo state and by extension Nigeria is still an image of what it was in the past decade is worrisome. It implies that there is still a wide gap between what has been done and what is expected in order to accomplish the Vision 2020 goal of eliminating avoidable blindness.

The Eye care team in collaboration with the Ministry of Health and the Non-Governmental Organizations need to rise to the challenge of meeting the eye care needs of the teeming population living with poor vision and set up a proper frame work that intervenes in time to prevent and or treat avoidable causes of visual impairment and blindness.

Limitation of the Study

The relatively small sample size may have affected the results of the study.

The relatively small sample size may have affected the results of the study. 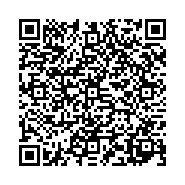