Abrasion is the physical wearing of a tooth surface which can involve the presence of a foreign object repeatedly being in contact with the tooth. A 40-year-old male patient reported to our dental clinic with a 2–3 mm uneven gap between his upper and lower front teeth on occlusion. A detailed history revealed that he was a physical education teacher, and the habitual placement of the whistle for the last 15 years caused an indentation on the whistle which coincided with the abraded teeth. Conditions such as abrasion may need active restorations. A general dental practitioner should accurately identify the cause and treat the esthetic and functional impairment as required.

The health of an individual is governed by many factors which include the local environment. This external environment is not only limited to air, water, and soil (physical environment) but also the social and economic conditions to which the human race is exposed to. These external conditions may prevail at a workplace which can have a bearing on the health of an individual. An exposure to physical, chemical, and biological agents in a workplace can cause an adverse effect which can vary from a simple discomfort and irritation to a debilitating occupational disease. [1]

The surface loss of tooth structure from causes other than dental caries, trauma, or as a result of developmental disorders has been termed as “tooth wear.” [2] Tooth wear is a complex, multifactorial phenomenon with the interplay of biological, mechanical, chemical, and tribological factors. [3] Physical wearing of the tooth surface through an abnormal mechanical process which is independent of occlusion is called as “abrasion.” It involves the presence of a foreign object or a substance which is repeatedly in contact with the tooth. [4] The last few decades have shown a general improvement in the oral hygiene status of individuals due to an increased dental awareness. In spite of a normal physiological wearing of the tooth structure due to aging, there can be an accentuated wearing of teeth due to muscular forces, diet, or foreign bodies placed between the teeth. [5,6] The predicted percentage of adults presenting with severe tooth wear increases from 3% at the age of 20 years to 17% at the age of 70 years. Increasing levels of tooth wear are significantly associated with age. [7-9] Here, we report an unusual case of abrasion of the anterior teeth due to the constant use of a whistle that was placed between the teeth. It is significant to note that such a case has not been reported in literature.

A 40-year-old male patient visited our dental clinic with the complaint of an uneven gap between the upper and lower front teeth during occlusion [Figure 1]. On examination, there were no carious teeth and the periodontal health was good. When the patient was asked to occlude his teeth, a 2–3 mm uneven gap was noticed between the maxillary and mandibular anterior teeth. The maxillary central incisors and the maxillary left lateral incisor were abraded. A detailed history revealed that the patient was a physical education teacher at a school. He was habituated to place a whistle between his teeth throughout the school activities [Figure 2]. This required the placement of the whistle for 4–5 hours per day. This activity had been going on for the past 15 years. He had never changed the whistle for the past 15 years. When the whistle was placed between his teeth, it fit well into the gap between the upper and lower teeth. There was also an indentation present on the whistle which coincided with the incisal edges of the maxillary incisors [Figure 3]. Figure 1: Clinical picture of the patient showing an uneven gap between the upper and lower front teeth during occlusion 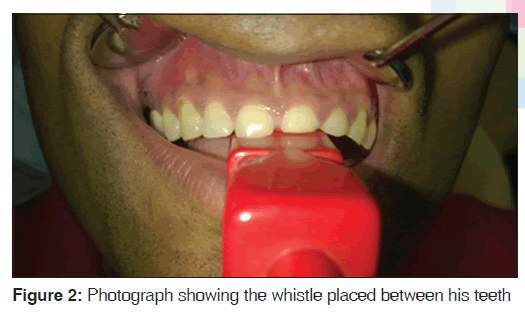 Figure 2: Photograph showing the whistle placed between his teeth Figure 3: Photograph showing the indentation present on the whistle which coincided with the incisal edges of the maxillary incisors

Abrasion is the wearing away of tooth structure due to some abnormal mechanical process. It can usually be seen on the exposed root surface which can be due to the injudicious use of a toothbrush or on the incisal or proximal surface of the tooth which can be attributed to the occupation of the patient. [4] Lambrechts et al. in 1989 estimated the normal vertical loss of enamel from physiological wear to be approximately 20–38 µm per annum. [10]

The site and pattern of lesion is usually determined by the offending object. Lesions are typically rounded or “V-” shaped ditches seen on the buccal/labial surfaces in the region of the cementoenamel junction. Canine and premolar teeth seem to be most commonly affected. A common cause of abrasion is the habit of overzealous tooth brushing. Notching of the incisal edges on maxillary central incisor teeth is often seen as a result of habits such as the biting of tacks, nails, pins, threads, a pipe stem, hair pins, or a wind instrument, as seen in the present case. Adnan reported a case of a 50-year-old male patient with a severe abrasion on both lower central incisors caused due to the habit of using his lower teeth to hook cloth hangers while adjusting his wardrobe with clothes still on them. [11]

Wearing of the enamel is one of the common dental problems noticed in miners. The longer the person has worked in the mining field, greater were the chances of the enamel wear. This has been proved from an earlier study and a later study on the dental wear and the working environment. For comparing the extent of wear between the two groups, the control group was the nonminers. They found that white collar workers or the nonminers showed less prevalent dental wear. This observation can be attributed to the mining environment, especially the abrasive component of the air which they breathed. [12-14] Petersen and Henmar found a 100% abrasion in the granite factory workers which was particularly severe in the anterior teeth. [15] So far, the occupational-related abrasion studies have been conducted on cement factory, granite factory, and olivine mining workers. Even the noise pollution in the industrial set up has a bearing on the dental abrasion rate, and the same was proven in a study by Kovacevic and Belojevic where they found female workers exposed to noise showed more prevalent abrasion. [16]

Pipe smoking is commonly associated with tooth abrasion. Abrasion from pipe smoking occurs on the incisal surfaces in association with placement of the pipe stem. This type of abrasion may result in dentin hypersensitivity, pulp exposure, or apertognathia. Apertognathia develops in pipe smokers and usually occurs unilaterally on the smokers favorite side. [17]

Identification of the etiological factors that cause tooth wear and treatment planning of these cases that can prevent further damage to the tooth is of utmost importance. A proper history taking can help to arrive at an accurate diagnosis. The management of tooth wear depends to an extent on the ability of the patient’s understanding of the condition in order to provide information to allow the clinician to arrive at a differential diagnosis. Sometimes, the patient may have to visit the dentist for many sittings to arrive at a “cause and effect” relationship. Furthermore, many of them are unwilling to disclose much information during the initial visits. In the present case, the patient was unwilling to admit that he was using the whistle for such an extended period which had caused the abrasion of his teeth. However, later, after showing him the indentations on the whistle, he agreed to the cause and effect relation.

The accuracy and importance of the chief complaint must be first evaluated. Common complaints associated with dentitions displaying tooth wear include concerns relating to the esthetic and functional impairment. Pain and sensitivity are some of the less commonly associated complaints. [18]

The management of a patient presenting with the pathological loss of a tooth structure is not always seen in a straightforward manner. It has been observed that patients report with extensive tooth surface loss to their dental practitioners because of change in the lifestyle and dietary habits. The same holds true for elderly patients who seem to retain most of their teeth into the later years of their life.

The majority of such cases can be successfully treated by passive, preventive measures, requiring long-term monitoring and maintenance. However, there will undoubtedly be a small proportion of such cases which will require active restorative intervention. In the present case, the length of the incisal edges was restored using composite restorations. The patient was further cautioned against using the whistle between his anterior teeth. 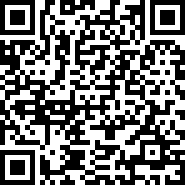