Challenges in the Management of Patients with Cancer of the Esophagus at Muhimbili National Hospital, Dares Salaam

Background: Cancer of the esophagus is lethal digestive malignancy, at diagnosis the diseases is commonly advanced thus limiting treatment options. Risk factors and treatment options are well documented but still the disease management is challenging.

Results: A total of 391 patients with cancer of the esophagus were enrolled in this study, male: female ratio 2:1, majority were peasants and low educated. SCC constituted 90% of the histological samples, and 67.5% of all tumors were located in the middle third of the esophagus. Moderately differentiated tumor found in 43.5% whereas 93.1% of all patients had locally advanced tumors. Regarding performance status 47.8% and 29.2% were limited to self-care and completely disabled respectively. Furthermore, palliative treatment was opted to 322 (82.4%) of different modalities, majority 178 (55.3%) were opted to receive SEMS, 56 (17.4%) received chemo radiation and 38 (11.8%) palliative / supportive therapy mainly gastric feeding tubes. Surgical intervention was opted to 25 patients but only 8 were actually done and none of the operation was done on time due to shortage of human and material resources. Delayed presentation for 2-6 months after the onset of clinical symptoms was common. Misconception of bewitched was found in 50 (12.8%) of patients, Socio-economic status in luenced accessibility and affordability of health services, cash and health insured patients tend to seek health care early and afford treatment and diagnostic costs as compared to public patients. Majority of patient came from regions along the coast region.

Conclusion: SC is common and lethal digestive malignancy, majority of patients presents late at diagnosis, socio-economic status has an in luence in accessibility and affordability of health care. Poor performance status, limited material, human and technological resources made management of the disease highly challenging. SEMS has been the best palliative method however the availability and affordability was a major challenge moreover surgical output was signi icantly low. Furthermore there was noticeable geographical distribution pattern of EC in the country. 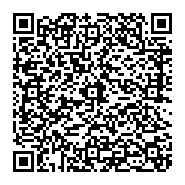