Objective: Migraine emerges as one of the major causes of headache in today’s world. It is a disease that is often characterized by a moderate or severe one-sided headache, nausea, or vomiting as well as sensitivity to light, and sound. According to the World Health Organization (WHO), it is among the first 20 diseases that reduce individuals’ working capacity. Various factors may affect the formation of migraines, such as hormonal changes, stress, hunger, fatigue, sleeping disorders, and weather conditions. The mechanisms by which these factors trigger migraine in a patient have been popular research topics recently. Materials & Methods: It is generally acknowledged that the central nervous system is greatly affected by these factors. The possible potential mechanisms of migraine impact on human health, MEDLINE, Embase, the Cochrane Central, www.ClinicalTrials.gov, PubMed, Science Direct, Google Scholar, and selected websites including) and databases were examined. Results: Various theories have been proposed regarding the formation of migraine. Among these major theories are vascular theory, neurological theory, neurovascular theory, and biochemical theory. Scientific research usually focuses on these four leading theories. Although some migraine patients may suffer from headache attacks that occur without a reason, most migraine attacks are usually caused by internal or external factors. It was reported that while a single triggering factor might cause migraine attacks in some patients, others might suffer from migraine attacks occurring because of several triggering factors. The relationship between migraine and nutrition is a complex issue. Some substances in nutritional elements may affect nerve tracts and thus cause headaches by creating a vasoconstrictor or vasodilator effect. Various chemicals in different nutritional elements were held responsible for migraine attacks. Because tyramine, phenylethylamine, and histamine are considered to play a role in headache triggering mechanisms, biogenic amines, and nutritional elements such as cheese, chocolate, and red wine containing these chemicals can be considered as important triggering factors too. Conclusions: The present study analyzes the impact of biogenic amines such as histamine, tyramine, and phenylethylamine on migraine attacks. 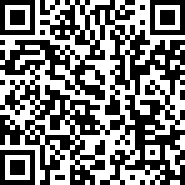