Background: The prevalence of malnutrition is high in the Niger delta region of Nigeria, in spite of the region’s oil wealth and nutrition intervention programs have been found to be effective in similar circumstance. Aim: This study is to assess the nutrition intervention program, implemented by UNICEF in some rural communities of Bayelsa State, one of the six States in the Niger delta region of Nigeria. Subjects and Methods: The study was carried out in 2009 in Toruorua and Gbaranbiri, two rural riverine communities, in Baylesa State. Toruorua benefited from the nutrition intervention program of UNICEF between 1999 and 2008, while Gbaranbiri did not benefit. A comparative, crossâsectional study design was used, with the data collected using anthropometry and semiâstructured questionnaire, administered on 105 respondents, chosen with the cluster sampling technique, popularized by UNICEF, from each of the study communities. Data were analyzed using EPIâINFO version 2002, Microsoft Excel software, and manually. Differences between the study communities were tested using the student’s tâtest for means, and Chiâsquare test for proportions. Significant values were set at P <0.05. Results: A total of 210 questionnaires were administered and retrieved from both study communities, and the anthropometric measurements of equal number of underâfive year children were also taken. There were no significant differences in the occupations of the respondents, and in the sizes of their households. The prevalence of wasting, underâweight and stunting were however found to be significantly higher in the reference community, as 20.0% (21/105) of the children were found to be wasted, compared to 5.0% (6/105) in the intervention community (P < 0.01); 17.1% (18/105) were found to be underweight, compared to 9.5% (10/105) in the exposed community (P = 0.01); while 24.8% (26/105) were stunted, compared to 10.5% (11/105) in the exposed community (P = 0.01). Conclusion: Nutrition intervention program delivered in a primary health care facility can positively change nutrition behavior and prevent childhood malnutrition. 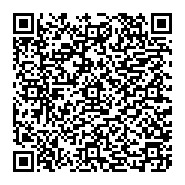