Predicting of Postoperative Mortality in Cases of Abdominal Sepsis for Two Surgical Strategies Using a New Mathematical Model: Two Centers Review of a 10-year Experience With the Same Diagnostic and Tactical Approaches to the Treatment

Background: To determine the prediction of mortality and to develop a mathematical model of abdominal sepsis designed to predict early mortality in severe patients, to be able to select patients for individual surgical treatment that have ongoing infection and require re-laparotomy.

Methods: It study was based on data from comparing known severity scores for two surgical strategies in 231 patients admitted for sepsis or septic shock. In these patients the severity of the condition was assessed at admission and after 72 hours in accordance with the objectives of the study, including objective laboratory parameters and known severity rating scores.

Results: One operation was performed in 67.5% of patients; in 20.8% of patients were performed re-laparotomy or re-laparoscopy 'on demand'; in 11.7% of patients surgical interventions were performed according to the 'program'. It well-known scores have shown the ability to predict early mortality: APACHE II scores (AUC 0.939) and SOFA (AUC 0.826). But of all patients who needed re-laparotomy/re-laparoscopy in 28.1% of the control patients identified with these scoring systems had negative results on re-laparotomy, although they had good and excellent AUC values for the APACHE II and SOFA scores. A mathematical model was developed for the early prediction of mortality, taking into account the preliminary values of systolic blood pressure (AUC 0.961), perfusion pressure of the abdominal cavity (AUC 0.893), C-reactive protein level (AUC 0.85) and lactate level (AUC 0.867). The results of this comparison in the whole sample gave a high accuracy of classification by groups: survivors - 90.2%, non-survivors - 81%, the overall accuracy was 87.6%.

Conclusions: The severity scoring systems (APACHE II, SOFA), which were used to predict the overall outcome in patients with complicated intra-abdominal disease, did not provide an objective basis for patient stratification when performing re-debridement of the abdominal cavity for abdominal sepsis. A new mathematical model is proposed for calculating the probability of postoperative complications and death, depending on the initial severity of the patient's condition. There is also a need to further develop more specific tools to assist clinicians in the daily follow-up and screening of these patients after an initial emergency laparotomy. 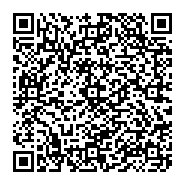