Background: Physicians have long recognized the association between diabetes mellitus and several pathologic conditions of the hand. The most commonly recognized maladies are limited joint mobility (LJM), Dupuytren’s disease (DD), trigger finger (TF), and carpal tunnel syndrome (CTS). Incidence of these hand disorders has increased in the setting of diabetes. Collectively, these are described as diabetic hand syndrome. Aim: The aims were to find out the prevalence of hand disorders in diabetic patients, and to study the relation of these hand disorders with microvascular complications. Subjects and Methods: This is an observational crossâsectional caseâcontrol study done over a period of 1 year Patients of type 2 DM, of age < 65 years, who visited Gandhi Memorial Hospital, Lucknow were enrolled and were described as cases. Ageâ and sexâmatched nondiabetic individuals were taken in the control group. The data were analyzed using software SPSS. SPSS Inc. Released 2008. SPSS Statistics for Windows, Version 17.0. Chicago: SPSS Inc. Means and standard deviations were computed; the Student tâtest and Chiâsquare (χ2) test were used as appropriate. Results: A total of 400 subjects were studied, 200 each in the case and control groups. Of total 200 diabetic patients, 30% (60/200) patients had neuropathy, 37.5% (75/200) had nephropathy, and 44.5% (89/200) patients had retinopathy. In the study population, 67% patients were having one or more hand disorders, in which LJM was found in 40.5% (81/200) patients, DD was found in 19% (38/200) patients, TF in 16.5% (33/200), and CTS in 14% (28/200) patients. Conclusions: This study shows a high prevalence of hand disorders in diabetic patients and also correlates with the duration of type 2 DM, LJM being the most common hand disorder and more common in patients who have microvascular complications. 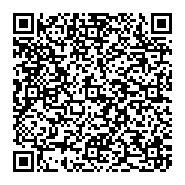