Background: Until now, several formulations of topical phenytoin have been used to promote wound healing. Aim: This study was aimed at reâ¬Ä¬Ďevaluating the effects of a newly formulated phenytoin mucoadhesive paste on wound healing after oral biopsy. Subjects and Methods: In a doubleâ¬Ä¬Ďblind clinical trial, 35 consecutive patients with oral lichenoid or lichen planus lesions were randomized into two groups. After incisional biopsy, patients applied simple, or 1% phenytoin paste at least three times a day (after each meal), for 4 days. They were evaluated every other day for size of wound closure, severity of pain, and diameter of the inflammatory halo. This study was approved by Medical Ethics committee of Shahid Beheshti University of Medical Sciences, Tehran, Iran. Statistical analysis was performed using Mann–Whitney U test and Ordinal Logistic Regression. Results: Of 35 patients, 17 (10 [10/17, 59%]) men, 7 (7/17, 41%) women, mean age: 40 (4.11) were in phenytoin group, and 18 (9 [9/9, 50%]) men, 9 (9/9, 50%) women, mean age: 43.1 (5.15) were in placebo group. There were no significant differences between both study groups in terms of age and sex (male/female ratio) (P = 0.76, P = 0.88). As all biopsies were done by means of punch number 8, the incisions were of 10 mm length. After second and third appointments, it was observed that patients in the treatment group showed quicker wound closure and less pain compared to control group significantly (P < 0.05). Although not significant, patients treated with phenytoin paste had smaller inflammatory halo than controls. Conclusion: Applying 1% phenytoin mucoadhesive paste on oral biopsy incisions resulted in accelerated wound healing and decrease in pain. 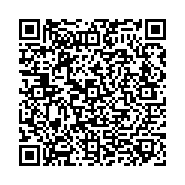