Background: Adiponectin is a hormone that is mostly and abundantly produced by the adipocytes and directly sensitizes the body to insulin. Due to the increasing prevalence of Type 2 diabetes mellitus (T2DM) in sub-Saharan Africa, serum adiponectin has attracted much attention because of its anti-diabetic, anti-atherogenic and anti-inflammatory effects. Therefore, the aim of this study was to determine the relationship between serum adiponectin and the metabolic control of plasma glucose and lipids among type 2 diabetic patients. 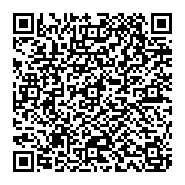