Background: Ageing is the natural developmental process where there are deterioration and loss of function over time. This study shows the comparison between cognition impairment and functional mobility with the risk of fall in healthy older individual and results shows that there is a connection between cognitive impairment and increasing age, but it has nothing to do with the risk of fall and cognitive impairment. Objective: The study aims to assess the cognitive impairment, functional mobility, and risk of fall in a correlation of cognitive impairment and functional mobility. Method: In this study, 50 subjects were selected according to the inclusion criteria at Jalgaon city. The study duration was six months, and it was done based on the Geriatric Depression Scale, Montreal Cognitive Assessment, Peninsula Health and Fall Risk Assessment Tool, Timed Up and Go test. Result: According to the study, if the TUG test's time is more than the chances of falls are more. The scoring of MoCA and FRAT are interrelated such as, if the score of MoCA is less than expected, then chances of falls are higher compared to an average score. There is a significant negative correlation of MoCA and FRAT as the p value is p equal to 0.02, and positive correlation of FRAT and TUG as the p value is p equal to 0.003, which is significant. Conclusion: Study has concluded that, as the age increases, there is an impact on cognitive ability which affects the functional mobility and increases the chances of fall in the elderly. 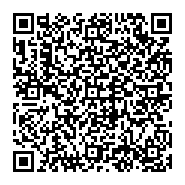