Stress constitutes an independent risk factor for development of several metabolic disorders. Stress of any origin either physiological or economic or catabolic may alters the metabolic pathways. Stress has become an integral part of our day to day life. [1]. Stress stimulates Hypothalamic-pituitary adrenal axis (HPA-axis) and causes the release of catabolic hormones such as glucocorticoids and also alters the functioning of inflammatory cytokines. [2].

Glucocorticoids play a vital role in several metabolic pathways. They are helpful in several clinical applications. However, excess glucocorticoids of any origin either endogenous or exogenous, leads to metabolic disorders. They increase blood glucose, insulin levels and alter lipid metabolism. These further results in a state of insulin resistance. [3].

Dexamethasone (Dex) is a synthetic glucocorticoid. Dex, due to its anti-inflammatory and immunosuppressant properties has got wide therapeutic applications. But, the major drawback with this, it may cause glucose intolerance and reduce insulin sensitivity in some vulnerable patients, depending upon the dose and frequency of administration which can cause diabetes mellitus. [6]. Apart from its clinical uses, it is widely used in research for induction of insulin resistance in animals and human beings. [7-10].

Insulin resistance can be assessed by using fasting insulin levels. But, to obtain a more accurate idea, euglycemic hyperinsulinemic clamp technique was employed as it is considered as the gold standard method to measure insulin resistance. [11]. However, the use of this method was discouraged due to tedious work and restricted to small scale of samples. To overcome this, other methods were developed. Among them, Homeostatic assessment method (HOMA) was developed by Mathews et al., which is a calculative method based on fasting glucose and insulin levels. Later on, several other indices were developed like Quantitative insulin sensitivity check index (QUICKI), Fasting glucose to insulin ratio (FGIR) and Mastuda index etc. [11].

Gymnema sylvestre (G. sylvestre) is commonly known as Gurmar, it belongs to family Asclepediace. The leaves of this plant are being helpful in the treatment of several clinical conditions such as diabetes, obesity and certain microbial infections. [12]. Several mechanisms were postulated for its blood glucose lowering property. [13]. But, there was scarce of data on insulin sensitizing property of this plant. It was also not clear that, whether this plant will be helpful in prevention of glucocorticoid induced insulin resistance. Hence, the presented study was aimed to explore the preventive effect of G. sylvestre leaf extract in Dex induced insulin resistance.

Study was conducted on male albino Wistar rats around 6 months of age and an average weight of 230-280gms. Prior to study Institutional animal ethical committee clearance (IAEC) was obtained [KSHEMA/AEC/30/2011].. They were maintained as per guidelines of the committee for the purpose of control and supervision on experimental animals (CPCSEA). Animals were housed in polypropylene cages (UN shah Manufacturers, Mumbai, India), with 12 hrs light and 12 hrs dark cycles and under temperature of (23±2)0C. They were fed with rat pellets (Hindustan Lever Ltd, Mumbai, India) and water at ad libitium.

The leaves of the G. sylvestre plant were obtained from Vijayapura, Karnataka, India. The aqueous extract was prepared by cold percolation method. Dried leaves of G. sylvestre were taken in a round bottom flask. To that distilled water was added and kept for 24hours. Then it was filtered by distillation process and the extract was concentrated. The remaining solvents were removed by evaporating on a water bath. The extract was completely dried under vacuum. [14].

The dried aqueous extract was subjected to preliminary phytochemical analysis for identification of phytochemical constituents. [15-17].

In the present study animals were divided into five groups (n=6). The dose of Dex and Rosiglitazone were selected from previous studies. [18,19]. Pilot study (n=2) was conducted initially with graded doses of G. sylvestre aqueous extracts to obtain the doses. Respective doses of G. sylvestre extract and rosiglitazone were dissolved in (2%) gum acacia and they were administered to their respective groups through oral gavage. The current study was conducted for a period of 12 days. The grouping and treatment procedure as follows:

Food was withheld overnight before the last day i.e., on 11th day. On 12th day, the fasting blood samples were collected through retro orbital sinus puncture under ketamine (50 mg/kg/i.p.) anesthesia for biochemical estimations. Then, intra peritoneal glucose tolerance test (IPGTT) was performed by administering glucose (20%) (2 gm/kg/i.p) load. [20]. Around 2 ml of blood was collected at each interval i.e., 30, 60 and 120 min.

The collected blood samples were centrifuged at 2000 RPM for 20 minutes. Serum was separated and glucose levels were estimated by glucose oxidase peroxidase method (GOD-POD) using an automated analyzer. [17]. Insulin levels were measured by ELISA method using an ELISA reader. [19].

The following formulas were employed for estimating insulin resistance

The data was represented as Mean±SEM. Statistical analysis was performed using one way Analysis of Variance (ANOVA) followed by Scheffe multiple comparison test, using Statistical Package for Social Studies (SPSS, 20.0). The minimum level of significance was set at p<0.05.

The preliminary phytochemical analysis of plant extract showed the presence of phytochemical constituents such as phenols, glycosides, flavonoids, carbohydrates, tannins and alkaloids.

On serum glucose and Insulin levels

From the pilot study, it was observed that the low doses of G.sylvestre (500 mg and 1 gm/kg/p.o.) were insufficient to prevent the Dex induced raise in glucose and insulin levels [Table 1]. Pretreatment with high doses of G. sylvestre aqueous extract (2 and 4 gm/kg/p.o) significantly prevented the rise in serum glucose and insulin levels in comparison to Dex treated group [Table 2] (p<0.05).

Values were expressed in Mean ± SEM

IPGTT test to Dex group showed peak rise in the glucose (mg/ dL) and insulin (μU/mL) values at 30min and gradually reduced at 60 min and 120 min, in comparison to control group [Graphs 1 and 2]. Graph 1: IPGTT test to Dex group showed peak rise in the glucose (mg/dL) and insulin (μU/mL) values at 30 min and gradually reduced at 60 min and 120 min, in comparison to control group. Glucocorticoids are well recognized as the stress hormones. During stress conditions they maintain the homeostasis of glucose metabolism, immune function, cell proliferation and survival. [22,23]. But, long term exposure to excess steroids, even in the absence of starvation becomes maladaptive. [24].

Glucocorticoids reduce the sensitivity of insulin towards the peripheral tissues and diminish insulin action. [25]. The glucocorticoid induced insulin resistance is of multiple pathways, on liver tissue it raises the activity of phosphoenolpyruvate carboxykinase/ glucose-6-phosphatase and promotes gluconeogenesis, in skeletal muscle it promotes muscle wasting and in visceral adipose tissues they promote free fatty acid release. [26,27]. By all these actions they disrupt the glucose homeostasis. Pancreas initially secretes a large quantity of insulin to compensate hyperglycemia and eventually it fails to reduce glucose levels leading to insulin resistance and onset of diabetes. [28].

Dex is a well-known steroid to induce insulin resistance in experimental animals. In a study by Dumas et al, Dex 1.5 mg/ kg in Wistar rats raised glucose, insulin and free fatty acid levels and further induced resistance. [29]. Similarly in another study, Dex 10 mg/kg significantly raised glucose and altered lipid profile. [30]. In the current study also, the use of Dex clearly showed significant raise in glucose and insulin levels. The cellular mechanism responsible for Dex induced resistance is by altering insulin signaling pathways. Previous studies stated that the Dex reduces the expression of Insulin Receptor Substrate-1, Phosphatidiylionosiol-3Kinase and protein kinase B in skeletal muscle, liver and adipose tissues. This inturn leads to the reduced translocation of glucose transporters to cell surface which further leads to hyperglycemia and resistance to insulin action. [31,32]. In the current study, Dex also impaired insulin sensitivity which was apparent by insulin resistance markers.

In the present study, G. sylvestre aqueous extract significantly reduced the elevated glucose and insulin levels. The probable mechanism for blood glucose reduction may be attributed to enhancement of glucose utilization by insulin dependent pathways and promotion of glucose uptake into tissues. [13,33]. Kanetkar et al reported that the active phytochemical constituent Gymnemic acid from the G. sylvestre leaves raises the activity of phosphorylase and reduces the activity of gluconeogenic enzymes and sorbitol dehydrogenase. [13,34]. Further these enzymatic changes might raise the glucose utilization as well as reduction in the release of glucose into circulation.

G. sylvestre also reduces the dietary glucose absorption. EI Shafey et al., reported the probable mechanism may be due to gymnemic acids in the leaves. These molecules reduce the absorption of sugar molecules by filling the receptors located on intestine. This action might be responsible for low blood glucose levels with this extract. [35]. It was also reported that chewing the leaves of G. sylvestre causes loss of taste sensation to sweetness. Thereby it reduces the craving for sweets; this action might be beneficial for diabetics. [35].

HOMA-IR was useful in measuring β-cell function and insulin mediated hepatic glucose output. In the present study, Dex altered insulin release from pancreas and raised glucose release which was evident by rise in circulating blood glucose levels. G. sylvestre administration reduced HOMA-IR levels, indicating the improvement of insulin action on peripheral tissues. Even though the exact mechanism is not clear, G. sylvestre may overcome resistance by enhancing insulin entry into cells. [13]. This action might have reduced the circulating levels of insulin and partially prevented the resistance as observed in the current study. Further, the extract also improved whole body insulin sensitivity evident by fall in HOMA-IS and FGIR levels.

Rosiglitazone is a standard insulin sensitizer drug. It is beneficial in the treatment of insulin resistance and diabetes. However, the major drawback with this drug is cardiovascular complications. [37]. In the present study, we used to compare the insulin sensitizing activity of G. sylvestre extract with rosiglitazone. There was no significant difference between these drugs in improving insulin sensitivity.

To conclude that Gymnema sylvestre extract helpful in the treatment of insulin resistance as shown by reduction in glucose and insulin levels. Furthermore it is evident by reduction of HOMA-IR and improvement in HOMA-IS and FGIR levels. Hence, it can be used as a safer insulin sensitizer drug with minimal side effects. Further identification and isolation of specific phytochemical constituents of this extract responsible for insulin sensitizing activity will be helpful for discovery of newer insulin sensitizer. 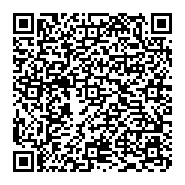