Dentigerous cysts are developmental odontogenic cysts associated with the crown of an unerupted tooth most commonly located at permanent Mandibular 3rd Molars and the Maxillary Canines. They rarely involve deciduous teeth and supernumerary teeth [5%]. We report successful management of two rare cases of maxillary labial swelling due to a dentigerous cyst associated with an impacted mesiodens. This paper highlights unusual occurrence of dentigerous cyst in anterior maxilla associated with impacted supernumerary teeth, which was surgically enucleated along with involved tooth. Key to successful treatment is careful evaluation of patient history, establishment of clinical and radiological findings, early diagnosis and surgical management to prevent future complications.

Dentigerous cysts are known to be one of the most common types of odontogenic cysts, associated with an unerupted tooth. It involves impacted, unerupted permanent teeth, supernumerary teeth, odontomas, and very rarely, deciduous teeth. [1]. The teeth that are commonly affected are, mandibular third molars, maxillary canines, maxillary third molars, and less oftenly central incisors. Only 5% of cases of dentigerous cysts occur in association with spernumerary teeth i.e., mesiodens in the maxillary anterior region. Dentigerous cysts are one of the most common odontogenic cysts of developmental origin that are usually single in occurrence. They are usually associated with an unerupted tooth and develop after the formation of the crown. It usually involves mandibular third molars followed maxillary canines and mandibular premolars. It rarely involves incisors and supernumerary teeth. [2].

Mesiodens is a supernumerary tooth situated between the maxillary central incisors. [3]. The etiology of supernumerary teeth is unknown. They are believed to develop from a third tooth bud originating from the dental lamina of the permanent tooth bud or from splitting of the permanent bud. Mesiodens usually have cone shaped crown and a short root. It has incidence of 0.15 to 1.9% with slightly male predominance. Mesiodens are usually located between two permanent incisors palatally. Root Resorption of the adjacent adjacent teeth by mesiodens or cyst is quite a rare complication. [4]. Mesiodens commonly presents as delayed eruption of central incisors, Unilateral retained deciduous incisor, root resorption, pulp necrosis, diastema or rotation of erupted permanent incisors, malocclusion, dilacertion of root of teeth, and formation of primordial cyst and rarely dentigerous cyst. Mesiodens is seen as an additional tooth lying cranial to the central incisors. It can occurs single or in pairs, fully erupted or may be impacted. The direction of the crown of mesiodens may be normal, inverted or horizontal.

We present a case of dentigerous in anterior maxilla associated with impacted mesiodense managed by surgical enucleation along with the involved tooth.

A 30-year-old male patient presented to us in department of oral and maxillofacial surgery, ESIC Dental College & Hospital, Delhi, India, with a chief complaint of mild swelling with pus discharge in the maxillary anterior region, which was intermittently increasing and decreasing in size over the past 6 months. His past medical history was non-significant. On clinical examination there was diffuse swelling of about 2 × 3 cm palatally between two central incisors [Figure 1]. Labial swelling was not significant but there was obliteration of vestibular depth. Labial and palatal mucosa appears normal in colour and texture Diagnostic CT shows a cystic lesion associated with a supernumerary tooth located between central incisors involving lateral incisor and canine [Figure 2]. After examination of pathology clinically and radiographically, diagnosis of dentigerous cyst associated with an impacted mesiodens was made provisionally. Surgical enucleation of cystic lesion along with extraction of mesiodense was planned under LA. Patient routine blood investigation was done and was with in normal values. Local anesthesia was given [xylocaine 2% with adrenaline, 1:80000]. Crevicular incision was given with releasing incision at right lateral incisior and left first premolar region. Full mucoperiosteal flap was reflected. Cystic linig was removed along with mesiodense Cystic cavity was irrigated and inspected for any pathological residue [Figure 3]. Haemostasis was achieved to prevent hematoma formation. Closure was done with 3-0 silk and presussre pack was given. Pt was discharged with prescribing antibiotics and analgesics. Excised specimen [Figure 4]. was sent for histopathologacl examination which confirmed the diagnosis of a dentigerous cyst, associated with the mesiodens. Patient was followed up after 7 days for suture removal with satisfactory woung healing. Figure 4: Excised cyst along with mesiodense.

Dentigerous cyst also known as follicular cyst is a developmental odontogenic cyst which originates due to alterations in reduced enamel epithelium of unerupted tooth after the crown has been fully formed. Term Dentigerous simply means ‘containing teeth’ or ‘tooth bearing’. Dentigerous cysts are associated with the permanent teeth accounts for about 95% and only 5% of the cyst is associated with the supernumerary teeth. It usually occurs at fisrt to fourth decade of life with slight male predilection [4]. Dentigerous cysts usually involve the mandibular third molar, maxillary permanent canine, mandibular premolars, maxillary third molars in decreasing order. It rarely involves central incisors, supernumerary teeth eg. Mesiodens and distomolars. The pathogenesis of dentigerous usually includes 2 types of Processes.

Process of stimulation: The process involved is that cyst is developmental in origin. It usually occurs in mature teeth, as a result of impaction.

Process of Inflammation: The origin of this process is inflammatory and occurs in immature teeth as a result of inflammation from the follicle of non-vital deciduous tooth.

Intra-follicular theory: It states that after crown formation there accumulation of fluid between the inner and outer enamel epithelium and resultant cyst formation.

Main’s theory: It states that a dentigerous cyst develops by fluid accumulation between the reduced enamel epithelium and the enamel, or between individual layers of the reduced enamel epithelium. It occurs due to pressure exerted by an erupting tooth on an impacted follicle, which obstructs the venous outflow, which in turn, induces rapid transudation of the serum across the capillary wall.

Toller stated that the origin of the dentigerous cyst is due to the proliferating cells breakdown of the follicle resulting in increase in osmotic tension and formation of cyst.

Radiographically there are 3 type/varieties of dentigerous cyst are there [Table 1].

Dentigerous cysts are asymptomatic pathology and are oftenly diagnosed during routine radiographic examination. The diagnosis based on the radiographic and observation of the attachment of the cyst to the cementoenamel junction in surgical specimen.

Daley and Winsock have suggested guidelines for the diagnosis of a dentigerous cyst.

• Surgically demonstrable cystic space between the enamel and the overlying tissue.

Out of these, the third criteria are the most critical, but all the three must be satisfied. [5].

Treatment of a dentigerous cyst depends its location, size and disfigurement. Usually the cyst is removed with or without removal of involved teeth. If cyst is very large and in vicinity of vital anatomic structure, marsupilisation is done. If the cystis associated with a supernumerary or wisdom tooth, enucleation of the cyst along with extraction of involved teeth should be done. Complications associated with dentigerous cysts includes pathological bone fracture, bone deformation, esthetic deformity due to the displacement of the incisors by expanding lesion, loss of the permanent tooth, permanent bone deformation, and nasal cavity perforation and development of squamous cell carcinoma, mural ameloblastoma and mucoepidermoid carcinoma from cyst. Mesiodens is a X linked inherited, most common supernumerary tooth located in midline between two maxillary central incisors usually located palatally hence also known as “Middle tooth”. Their incidence in the primary dentition is 0.2-0.8% and in permanent dentition is 1.5-3.5%, with a Male: Female ratio of 2:1. There are some geographic variation in prevalence ranges from 0.4% in caucasians,1.4% in Finnish and 2.2% in Hispanics. Mesiodens may be single or multiple, erupted or impacted, and are rarely associated with a dentigerous cyst. It occurs as single [85% cases]. and when occurs multiples known as Mesiodentes. It may occur in syndromes like cleft lip and palate, cleidocranial dysostosis and gardner syndrome. About 55% mesiodense grow in downward position [35% are inverted and 7% are horizontal].75% of mesiodense usually remain impacted and 25% erupts. [6,7]. Among impacted mesiodense 6% found to be in labial position. Enlow suggested apposition-resorption process of the premaxilla, nasal floor, palate, and alveolus which help explain the mesiodens relative labiolingual positional change over time. [8]. mesiodens become more labial and nearer the nasal floor with time [9].

Debate still exists regarding optimal timing for the surgical removal of mesiodense. Some researchers believe that mesiodens should be removed in early age in order to prevent the need of orthodontic and surgical procedures. [10]. Others authors feel to observe impacted and inverted supernumeraries until 8-10 years of age, to allow for complete root development of the permanent incisors to reduce the chance of root damage, disruption of the blood supply to reduce the chance of devitalization.

Mesiodense can be classified as.

According to their occurrence

According to direction of crown eruption

The etiology of supernumerary teeth is unknown and controversial. Different Theories of its development are: Phylogenetic reversion theory Mesiodens represents as phylogenetic relic of extinct ancestors who had three central incisors.

Dichotomy theory suggests that the tooth bud is split to create two teeth, one of which is the mesiodens. Hyperactivity of dental lamina is most accepted theory states that there is induction of remnants of the dental lamina into an extra tooth bud, resulting in a supernumerary tooth. Radiological examinations are indicated for the diagnosis of mesiodens. Their location, number, position of the crown, effect on the adjacent teeth, resorption of the adjacent roots, and association with the formation of dentigerous cyst must be watched. Mesiodens may usually be diagnosed because of delayed eruption of central incisors. Unilaterally retained deciduous incisor, diastema or rotation of erupted permanent incisors. Rarely it manifests as dentigerous cyst. Most mesiodens are located palatal to the permanent incisors. Root Resorption of the adjacent teeth by mesiodens and or associated cyst is a rare finding.

Primosch reported an enlarged follicular sac in 30% of the cases, but the histological evidence of cyst formation was found in only 4-9% of the cases. [18].

Finally it can be concluded that occurrence of the dual pathology like dentigerous cyst of maxilla and association with supernumarary teeth mesiodense is quite rare. Mesiodense should be earliest diagnosed and its management should be done to prevent development of dentigerous cyst and to prevent damage to adjacent teeth and vital structures. 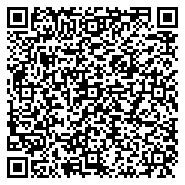