Background: The North Eastern region of Nigeria has one of the highest maternal mortality ratios (MMRs) in the world, and most of these deaths are preventable. Culture, religion and customs that prevent access to care contribute immensely to these deaths. Aim: To review and document the MMR. Materials and Methods: This was a retrospective study of all maternal deaths recorded at the Federal Medical Centre Yola (FMCY). The case notes of all cases of maternal deaths from January 2007 to December 2011 were retrieved and relevant data obtained and analyzed. The age, parity, literacy level, booking status, causes of maternal deaths, were analysed. Data were presented in tables and percentages, using SPSS version 16(Chicago, USA 2006). Results: There were 54 maternal deaths among the 8497 deliveries, giving an overall MMR of 636 per 100,000 deliveries. Thirty three folders (33) folders were retrieved and 28 had complete information for analysis. The mean (SD) age and parity were 28.2 (6.2) and 3.4 (2.0), respectively. Most deaths (9/28; 32.1%) were in the age group of 20- 24 years. Multiparae (14/28; 50%) constituted the largest parity group. Majority (16/28; 57.1) were non-literates, 16/28 (57.1%) were of Hausa/Fulani extraction and 12/28 (42.9%) were unbooked. The leading causes of maternal mortality were preeclampsia/eclampsia (9/28; 32.1%), obstetric hemorrhage (8/28; 28.6%) and severe anemia (3/28; 10.7%). All those who died of preeclampsia/eclampsia were Hausa/Fulani. Most (14/28; 50%) deaths occurred within 24 h of admission. Majority of the deaths were Muslims (χ2 = 15.108, P = <0.001). Ethnicity had no significant influence on maternal death (χ2 = 15.550, P = 0.21). Conclusion: In conclusion, the MMR in FMCY is higher than the national average. The fact that most deaths occurred within 24 h of admission suggests that many of the patients delayed reaching the referring center for a variety of reasons. Preventive measures should focus on this delay, which is usually beyond the reach of the hospital. Measures to reduce preventable hospital deaths should also be put in place. 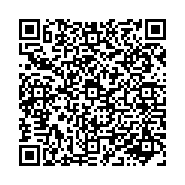